Not wishing to be pedantic but which image did you use?

You can see there is RPi4 image there also and others

And pretty much any Intel computer can run that for NAA OS. Doesn’t have to be UP

If you had an Intel laptop or NUC or whatever, you could try. It boots from USB stick so doesn’t affect your Windows installation. 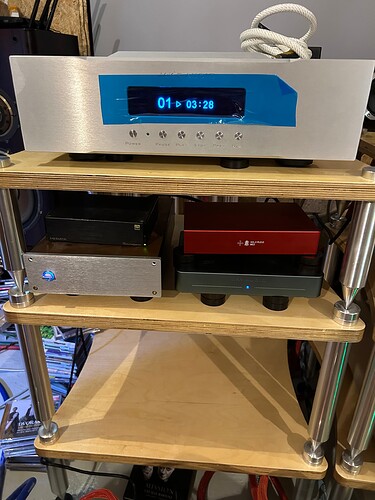 No mention at all in the specs about NAA …

No mention at all in the specs about NAA …

I loaded NAA OS onto a CM4 and it worked fine.

I wish they would put a CM4 inside a DAC 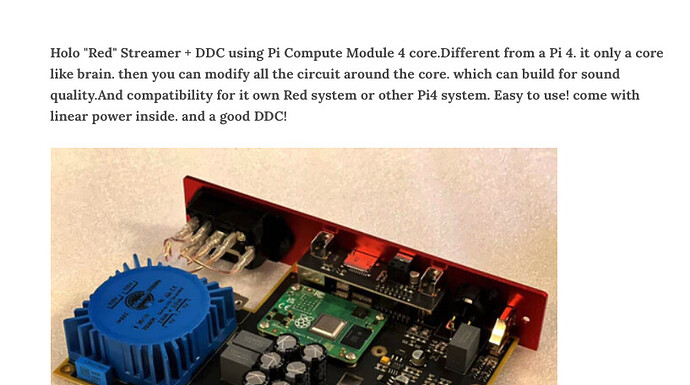 I loaded NAA OS onto a CM4 and it worked fine

On a “regular” CM4 I’ve no doubt it works, we’ll see if the Holo Red will work too … it is anyway quite curious that specs do not mention NAA nor UPNP at all

On a “regular” CM4 I’ve no doubt it works

The photo CM4 looks just like mine. Are there different types of CM4’s ?

For such high sample rates, typically companies just use USB output of the network card

So if it uses CM4 USB output, shouldn’t be an special driver drama - should be just like their Holo DACs I’d assume. I wouldn’t imagine they make life harder for themselves

The photo CM4 looks just like mine. Are there different types of CM4’s ?

If it uses the I2S pins or other bus elements, on ARM platforms you need device tree files (that Raspberry calls overlays). Because these platforms don’t have things like ACPI that is used on PC to describe the hardware configuration.

Technically, these are part of kernel source and thus should be made public. But often that is not happening.

USB is likely connected through straight, so the USB port probably works out of box with NAA OS. What may not work are the S/PDIF, AES and I2S outputs if these use the RasPi I2S. 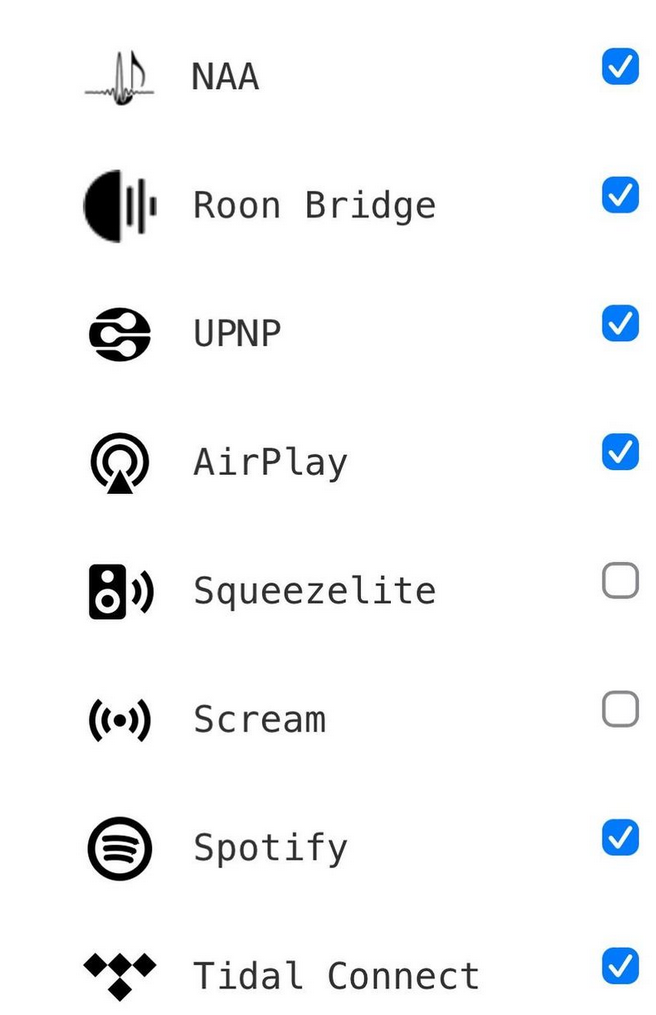 Another interesting streamer… after the USBridge Sig, the RPI4 (under PiCore) or the ZenStream (despite its old kernel/OS).
This Holo seems to gather the best for the audiophile / geek by integrating in addition a quality power supply and a number of inputs / outputs for the most demanding.

According to GoldenOne “RED has the lowest jitter of any DDC/Streamer I’ve tested. First thing to beat the Wavedream NET”

For discussions on the new Streamer about to be released from Holo. Speculation or not!

This Holo seems to gather the best for the audiophile / geek by integrating in addition a quality power supply and a number of inputs / outputs for the most demanding.

I’m confused about its place in the Holo lineup. 3 and May have excellent USB in, much easier to use than I2S, coax, or AES because it avoids the annoying PLL sync. That is, the non-USB outputs are redundant for current Holo DACs. Sure, they may be useful for other DACs, but that seems like a detour from a product lineup that has so far been focused.

At last! I have HQP Embedded running on a spare PC with a Ryzen 3700X, Nvidia GPU, 64gb of RAM. I can now compare Desktop vs Embedded performance (I have always preferred the Embedded interface from when I had a Small Green Computer server)

Thanks again for your guidelines.

I have had both HQPlayer Embedded and Desktop on dedicated servers feeding an NAA (ultraRendu) and experienced zero difference in sound quality between the two….

I agree with current Holo DACs, just use any USB source because they all have USB galvanic isolation

Which would be nice - one less box, one less AC power supply in the system

I agree, but a manufacturer cannot simply produce a device for its own ecosystem or even with a proprietary link.
I use USB and will continue to do so in order to benefit from the highest level of DSD processing. But nothing prevents me from testing HDMI as well.
" who can do more can do less" Aristote ! 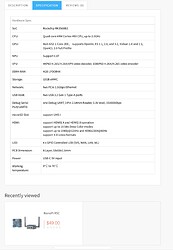 Yes, DietPi doesn’t support that model at the moment. But since there’s a Debian 10 “Buster” image available, it is possible to install networkaudiod package on it.

For NAA use, you may want to disable all graphical stuff on the Debian image though.

I have the R4S. Comes in a fanless case.