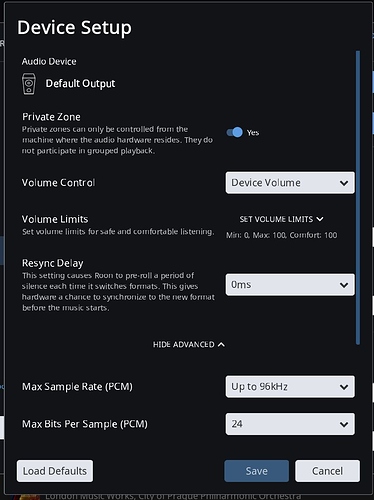 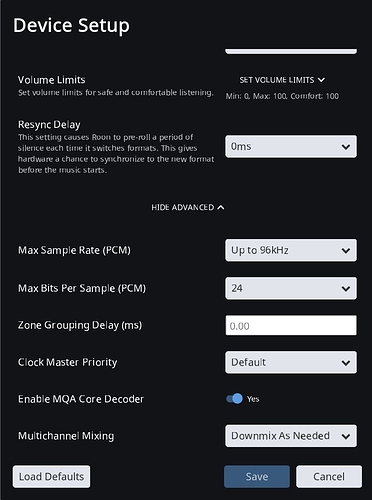 Signal path is only at High Quality. Source is tidal, the DAP is capable in doing full unfold of MQA in native Tidal android app.

At this moment, it is not possible to play high resolution or MQA content on Android devices. We are actively working improving Android playback capabilities for an upcoming release. However, I cannot say if these changes will enable MQA playback on the iBasso DX220.

Quick question, I too have the DX220 and wanted to know how can I integrate it with my Roon Server running on Windows?

I’m currently connecting the DX220 to my roon server via the roon Android app (installed from pure apk), acting as a roon enpoint. In settings - audio of the roon app(in DX220) you should enable the default output which will then allows you to play tracks as a roon enpoint on the DX220 as long as you have it selected as the output (with the roon Android app open). Unfortunately as clarified by John (from support) there is currently no support to play tracks in bit perfect mode (i.e lossless / high ress) on the roon Android app. The app will only be playing tracks through default Android drivers, which I presume it will down sample to 44khz (if I’m not mistaken). Let me know im case my explanations are not making sense.

iBasso DX220 has an modified android OS that allowed bit perfect when using third party software, such as Tidal app, this enable MQA decoding to happen in the device.

Thanks Aaron, I will check this out and get back!

Edit : so Roon works just fine, but unable to upsample PCM to DSD, but i think it’s the limitation of the Android OS since DX220 can handle DSD512.

But the Mango OS does not support Tidal or Streaming services. Only the Android OS of the side does.

As far as i have played with my DX220 using Qobuz, i can easily play till 24 bit / 192khz. I do know people who use Tidal have been able to unfold MQA using Tidal properly.

I can’t get the Roon app to work on the 220 with any level of firmware, it crashes and restarts every time the player screen wakes up and will randomly stop playback within a few minutes regardless…