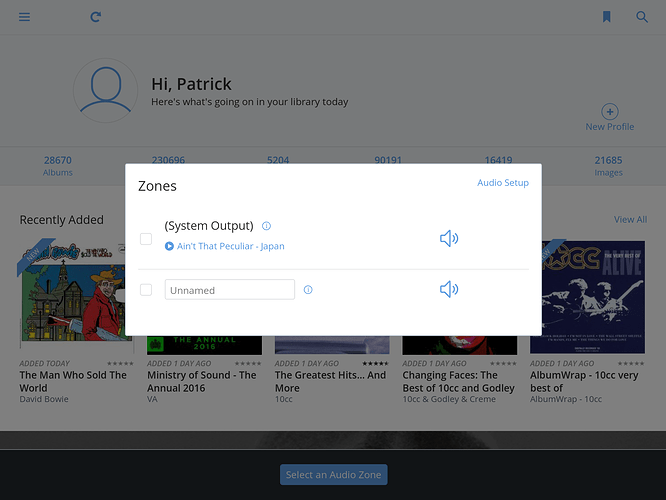 I’m pretty new to this myself but I think you need to give more information, what exactly are you expecting to show up on the iPad screenshot?

What are you playing Roon to, eg a DAC, AirPlay device, SBT?

A screenshot of the PC that “works” would also be useful.

Still probably won’t be able to help personally but you’ve a better chance of someone else picking it up.

On the screen you attached, what do you see in AUDIO SETUP ?

Thank you,
when i choose audio zone on my pc i see local output that i can then select (imùage) 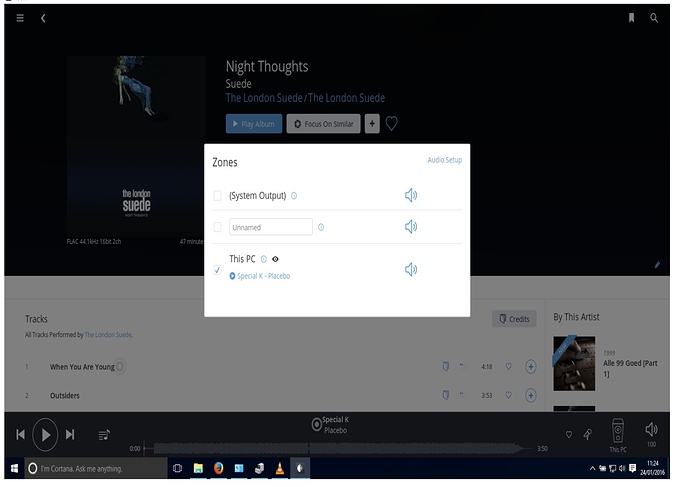 Thank you here is the image of the non working pc 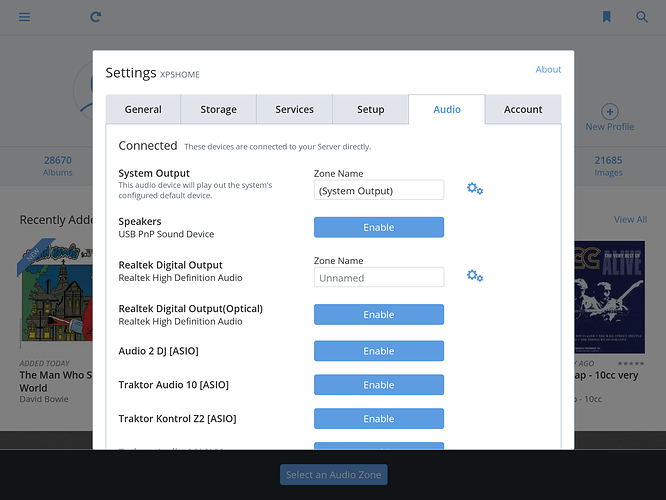 here is the one on the working laptop 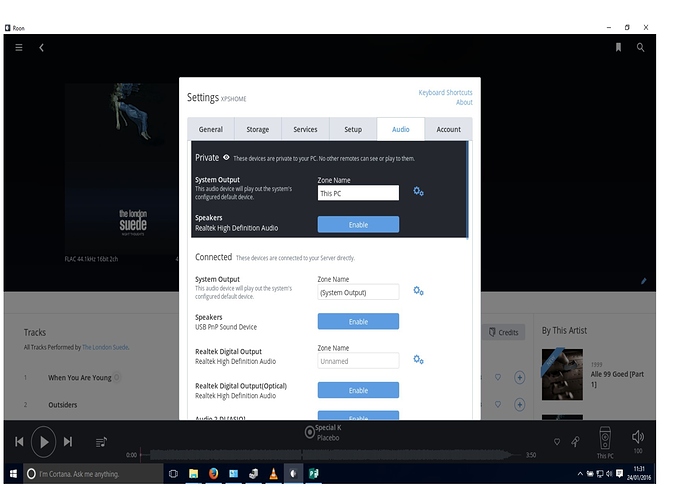 The iOS app doesn’t expose any private zones. That will come with RoonSpeakers.

On the laptop that’s not got any private zones, what playback devices are shown in Windows ?

Thank you Andy, what do u mean with roonspeakers ? i just want to use on the ipad the headphone outpot (to connect to an amplifier) ?

The quick answer is that you cannot output on an IOS device’'s headphone jack, it can only to be used as a control point. There are technical reasons caused by IOS itself. If you want a tablet that can also output to headphones go Android.

ok thank you did not know that and did not see that one, now just solving the pc issue then. I have for your info also tried on an older android samsung tab2 but apparently roon does not work with that one

As I understand it If you give the Realtek Digital Output a name it will then show up as an audio zone to play music.
This should then show up on your iPAD.

You cannot play to an iPad yet it can only be used as a remote control, so will be unable to see it as an output.