Hi I run Roon/Rock on a NUC8I7BEH. I’m doubting the way Roon handles metadata or maybe I’m wrong. If the last case is true please tell me why and how but I’ll try to Illustrate why I think Roon isn’t handling metadata correctly.

I’ve a couple of albums by Richard Thompson (& Linda Thompson). When I go to Artists and enter THOMPSON I get the following screen (both iPad and Windows 10) 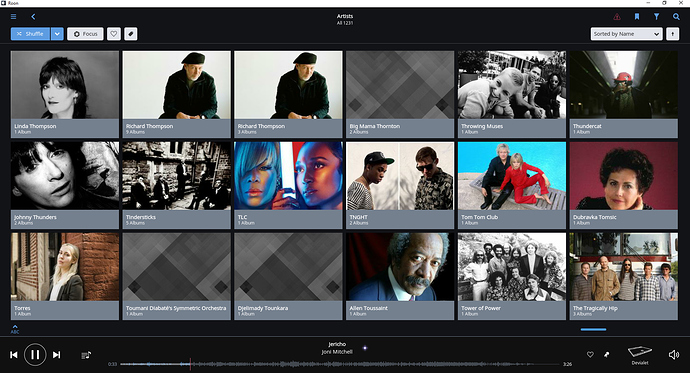 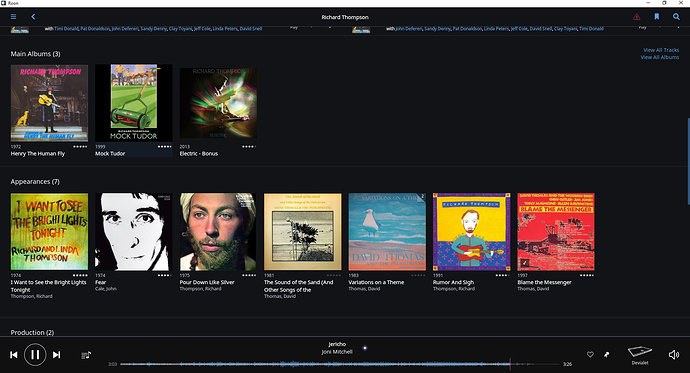 When I go to Richard Thompson using Album (“Sort by Artist”) 13 albums are shown (on 2 screens) including the albums co-starred by Linda Thompson. 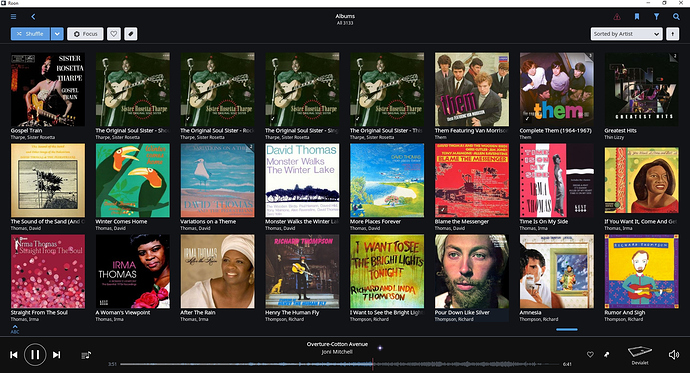 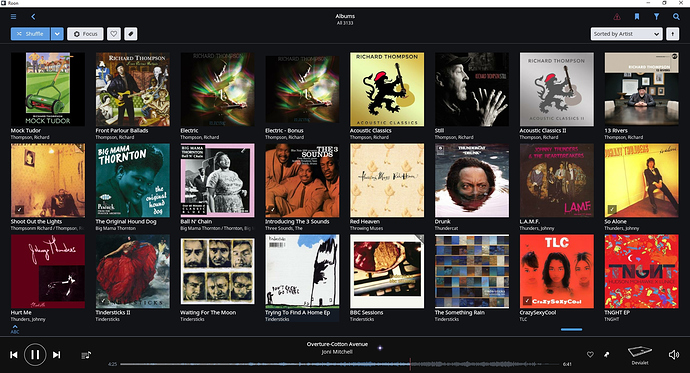 This raises a few questions:

Has this always been this way for you or is this a recent change that you have noticed?

This issue/bug has been hanging around for awhile. The simplest fix is to merge artists. The two Richards can be merged by a long click on one, click on the other, then select Merge Artist in the right hand corner. Then it should show Richard with 9 and Linda with 4.

P.S. The four Sister Tharpe albums are either four complete versions of the same album or four little pieces of the same album. If the latter, you can select all four and choose Merge Album to consolidate the display.

If the former, there is a setting that hides duplicate albums if you are so inclined.

The last real change has been the migration of a NUC7i3BNH to a NUC8i7BEH by placing the ssd and memory from the old to the new NUC.

I can’t say much about when this problem started, I found out yesterday because an album I was looking for didn’t appear.

All this led to me being suspicious if everything is still retrievable. Because the large number of albums/tracks, at least in my opinion, it’s almost impossible to check if and or what is not “normally” retrievable.

When merging the two artiest I should aspect 3 and 9 albums beging merged but the pop-up shows two times three: 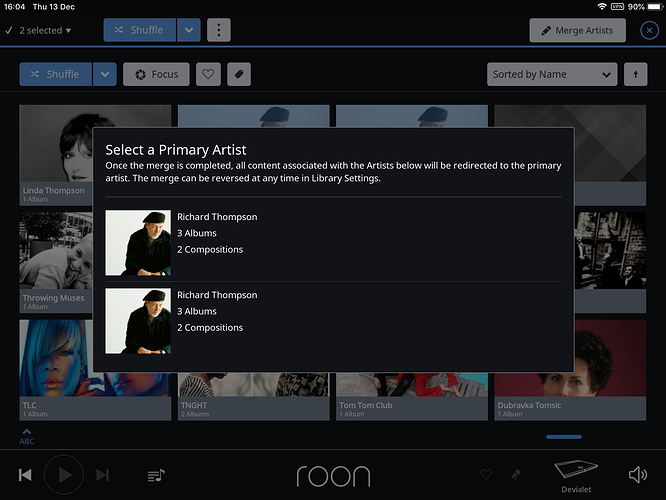 When I select the “9 albums” entry I also see only 3 albums as shown in my initial post.

The error looks to be consistent :-))

These are four CDs from the same box but with a different theme each. That’s why I choose to enter them separately. I know how to make them part of one box/album but again I deliberately choose not to.

Thank you for the additional information here. Based on the info provided, this appears to be a the same issue to one that we are currently investigating. I do not have a current timeframe for when a change will be available here, but it is something we are investigating and we will keep you updated here when we have more information.

this is the same issue as I reported here