Amazon Music HD finally became available here a month or so ago. Needless to say, I’ve subscribed to it and so far so good.

I also decided to officially sign up on Roon opting for monthly/annual plan. I am still hoping AMHD eventually gets included into Roon. Even John Darko says it should. Unless Qobuz becomes a thing here then I may switch to that.

Roon doesn’t have a monthly plan. They have annual and lifetime (at least for now).

But some potential new Roon customers might be looking for the monthly plan.

The real solution is for Qobuz to have a larger library, then I can drop tidal and mqa

That being said, if Amazon gets Roon support, I’ll drop tidal for it.

Qobuz had gotten much better since first introduced in the US. I still found some holes and tried to go back to Tidal but that last only a few days. They now have lots of albums in MQA format only. With my mscaler/Dave combo easy to hear the Qobuz hires sounds better.

Amazon seems like it would be ideal with large library and real hires files but keep hearing lots of complaints that some hires albums only contain a song or two in hires and rest cd quality. This is something roon can’t fix. Issue with bad interface, exclusive control, consistent data rate would all be fixed with roon. But also depends if Amazon will ever agree to integration.

With my mscaler/Dave combo easy to hear the Qobuz hires sounds better.

That’s my conclusion too. I use HQPlayer and standard flac files sound better than MQA. I’d much rather start with a “clean” flac rather than something intended to be upsampled with a specific filter.

The 44.1k MQA only albums are the worst, and there’s always more of them.

Clearly others are finding ways to integrate with Amazon Music, why not Roon? 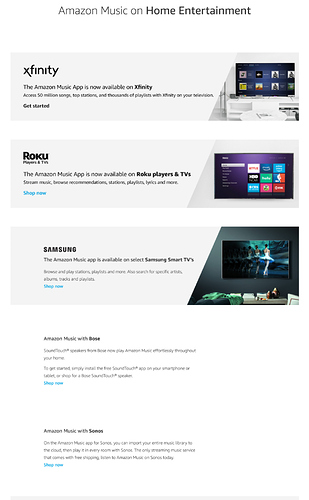 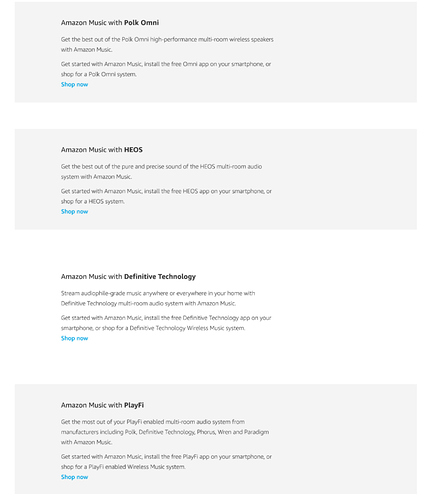 “Are they trying hard enough ?”

I guess this is how you see things:

For the nth time: The difference between Roon and “ze others” is that Roon needs a crapton of data from the streaming providers. That’s why Spotify and many, many others can’t be integrated “easily”. RoonLabs is minuscule compared to Amazon, and the between 100 and 200’000 Roon customers probably mean little to Amazon. The go-ahead has to come from Amazon, and they have little incentive to give it. Take it up with Bezos if you’re unhappy.

Thanks for explaining the bleeding obvious from your high horse. The point is there are clearly an increasing number of 3rd party apps integrating with Amazon’s streaming service. This was not the case initially. This is not a boat Roon should miss, even if they need to do fancy footwork on their side of the equation to engineer the fit that they’re after by combining what metadata Amazon provides with their own. I didn’t say it would be easy or take inconsiderable effort.

Imagine back in the days of CD players someone offered you a CD player that would only play Warner and EMI CDs. Would such a CD player survive?

I think from a technologists POV, there’s a difference between “it would take a not insignificant amount of effort” and “the data model doesn’t match; we can’t do what we do that we believe makes our product special (our “unique selling proposition”) and integrate with partner X.

I don’t know if someone can describe what it would be like if Roon integrated with a partner where the data feed was insufficient / not present / pure API. It’s possible that given the data model under the hood the question doesn’t make sense, and refactoring the data model would be hugely expensive and make things worse. I try not to imagine in too much gory detail what a product team is doing/prioritizing and what constraints they face, I tend to be wrong. Heck, within the companies I’ve worked in, “the business” and “the tech team” often had a hard enough time agreeing what was “easy” (which is not really a useful word.

But I agree; it’s worth asking the question to the Roon team “what would it take, what would it displace, how do you think about the value it would create vs. other things on the roadmap”. I just don’t expect an answer.

As JRiver is to Qobuz and Tidal, so Roon are to Amazon HD and Spotify. Best thing is not to get too attached to any one player.

Does seem to me that “having the app available” is clearly not the same as “fully integrated into Roon’s system.” The examples shown above are just the app without any system integration as far as I can tell.

Show me my mistake.

RegionalDVD players did. They were a pain if you travelled a fair bit.

So, I’m not quite sure what extra crapton data they’re after.

The examples shown above are just the app without any system integration as far as I can tell.

Show me my mistake.

All of those apps are receiving a data feed from Amazon sufficient to display available albums, enable browsing, playback etc. Without that they would not be functional. Amazon appears to be onboarding numerous partners and are also beginning to push their music agenda harder where the consumer is concerned - just open your Amazon app and you’ll see it shoved in your face: 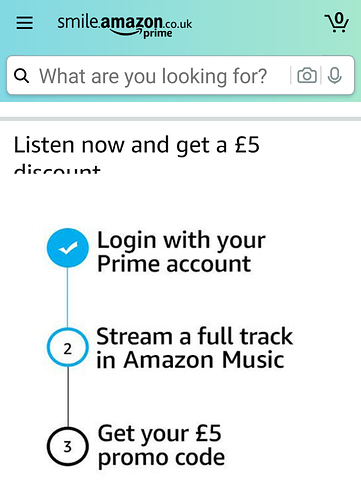 If the chatter on forums is anything to go by it would also seem they’re gaining subscribers pretty quickly.

So the question is how sticky Roon’s perceived USP is to not only retain existing customers, but more importantly to attract net new customers. If they’re Amazon subscribers my guess is the USP will in most cases not stack up sufficiently to lure them away. Furthermore, as Amazon drives prices down and other apps play catch-up (granted, it’s unlikely a 1:1 competitor would emerge) they may just offer enough to sway existing subscribers from Roon.

The point is there are clearly an increasing number of 3rd party apps integrating with Amazon’s streaming service.

If I may: which of your examples integrated after the September 2019 launch of Music HD ? Since it’s so bleedingly obvious there’s an “increasing number” of integrations, that is… That I could tell, PlayFi is the one exception.