I have read a similar post to this, but do not know what to do.
I am using this rig at the Montreal Audio Fest next week, and want it to be perfect. I will test more today and tomorrow.

I am running Roon on the recommended QNAP TVS471 set up. Roon is on a WD Blue 3D NAND SATA SSD 250, and my music is on WD RED 4TB.
The network is based on a Luxul XBR4400 router, feeding a DLInk DGS1100-16 switch and Luxul XWC1000 Wireless Controller. There are 2x Luxul XAP1500 access points.
The DLinkDGS1100 feeds into a Luxul AGS1016 switch in my den, which the Krell Vanguard Universal DAC is connected to.

I have been building a playlist, and jumping around quite a bit in my music, as I add songs to the list. The music never stops playing, but as I jump back to Artists to look at another selection, I often get a message saying that connection to the core has been lost. It comes back either almost immediately or within 10 seconds. I get a message that connection to the core is lost. This is not my screen shot, but it looks like this. 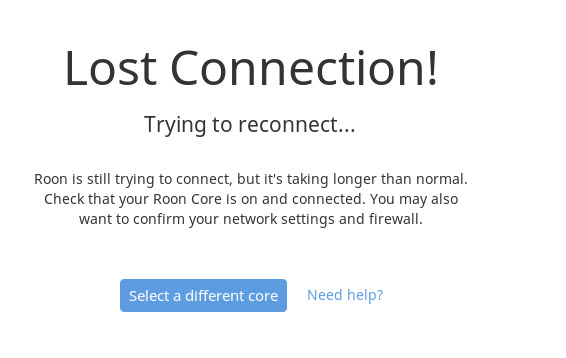 I have had this problem each time that I have sat down to work on the playlist. As I write this I am trying to recreate it, and it is not happening, perhaps because I am not adding songs to the list or because I made a setting change and boosted the Memory for Photos/Artwork to 256MB from 64.

I will try again later and report back.

NAS cpus are not the fastest for a client server based system like Roon, especially if they are busy doing housekeeping functions on the NAS and worse while doing Roon based things like importing music or analysing library tracks audio content.

Thanks for trying to help, I really appreciate it.
Running the playlist as of this morning for testing. It plays without issue. That said, I just experienced the lost connection message again. After waiting a full minute for it to recover, I simply closed Roon on the ipad and re-opened it. All was then functional again. I screen-shot my NAS resources during the problem. 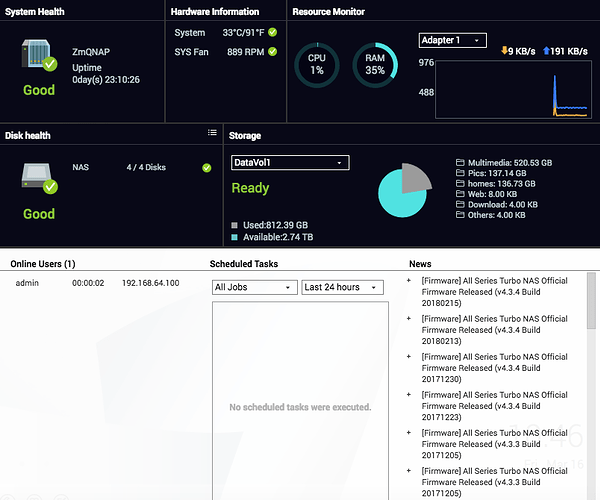 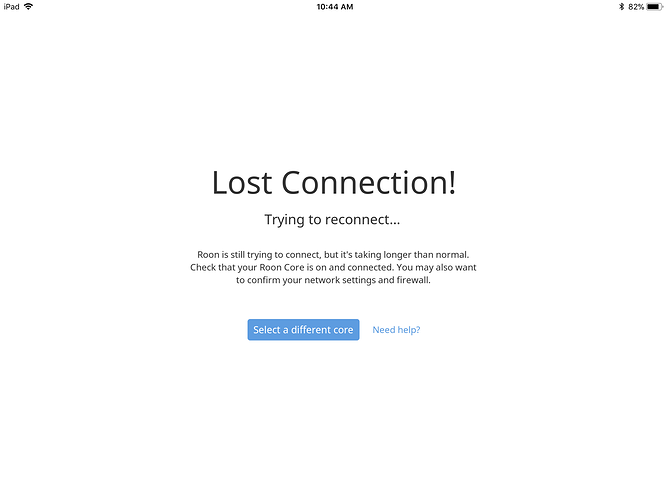 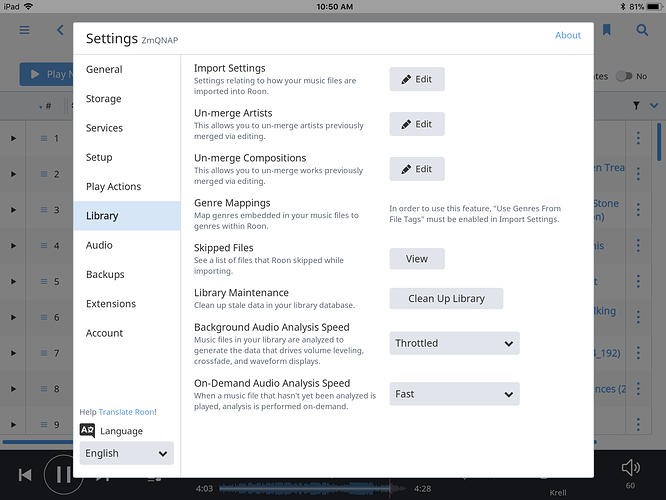 @crieke Christopher is our resident NAS install guru…maybe he can get some more info from you or lend some expertise with some suggestions.

I neglected to mention that my latest test was done using 512MB for Photo/Artwork memory. As I did not crash last night trying with 256, I have set back to that. I am leaving the list on play and going out for a few hours. I will try again upon my return. The good news is that the music never stops.

Do you have a Mac or PC available that you could use as a remote to your Roon Core? I’d be interested in seeing if a different Roon remote exhibits the same issue. This would help us determine if it is the core that is causing this behavior to occur or something to do with the core’s remote connection, networking, or remote itself.

I have both Mac and PC. I will test the Mac tonight or tomorrow and report back. Thanks.

Last night I sat down and made 1 more change before moving to Mac testing. I set the metadata cover art to follow mine and not Roon. I played in my collection for hours with no issue. I will test again today, but things seem very fast and very stable so far.