Yesterday I assembled the ROCK Nuc using the hardware specified on the ROCK Knowledge Base page for an i3. I replaced the standard case with an Akasa fanless Plato X8 and added the Samsung 1TB SSD to use for internal storage.

Yesterday the 2.5" drive didn’t appear in Settings->Storage in the Roon App, nor in the Rock.local web interface. Today I confirmed the 2.5" drive shows up in BIOS (it did, and still does), and upon reboot ROCK sure enough recognized the drive but told me it needed formatting. I formatting the drive via the Rock.local web interface, and it was successful. The folder did show up in the Settings->Storage page of the Roon App, and indicated 1000GB free and that it was monitoring the folder for new files. Great. Perfect.

I dragged four Peter Gabriel albums (FLAC) into the smb Data/Storage/Internal Storage folder from my Mac desktop, and just before the files finished the transfer an error message appeared notifying me that “Shock the Money” couldn’t be completed because there was an error in the file. There isn’t, but okay. From that point forward, the smb folder for “Internal Storage” was gone, as was the internal storage button on Rock.Local, as was the monitored folder in Settings->Storage in the app. It’s as if the idea of him leaving Genesis is repugnant to Roon, so local storage has been disabled for me as punishment…okay that last bit is my cheap attempt at comic relief.

I’ve rebooted the NUC, Reinstalled the OS via the rock.local web interface, nothing. That 2.5" drive (which, by the way, is still visible in BIOS) is gone, even though the rock.local interface claims to have successfully formatted it and “Internal Storage” was once (briefly) visible in the smb data/storage folder.

I’m a total novice on this stuff, but believe it or not completely enjoyed assembling that NUC and tinkering with the 2 RPis thanks to this site, the KB, John Darko and Hans Beekhuyzen. But I’m now well past the limits of my competence and would appreciate some help. I’d hate to give up and switch to external USB drives, especially since the BIOS sees the 2.5 SSD. 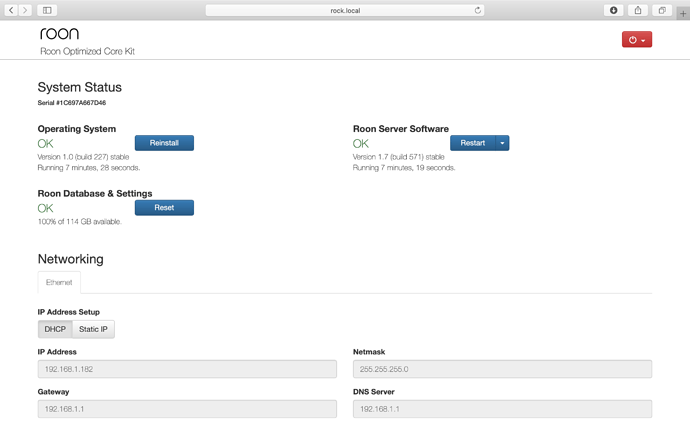 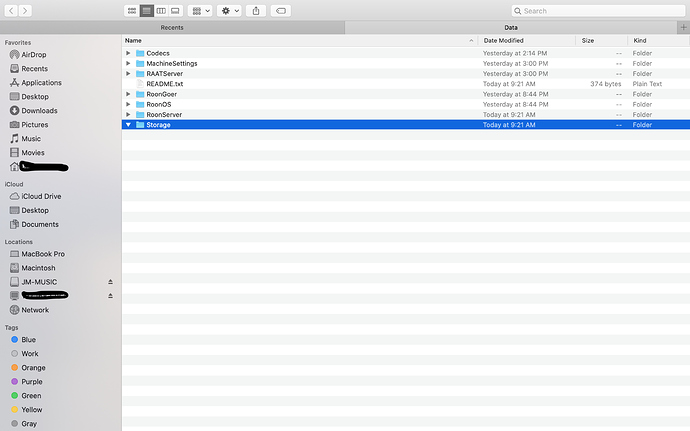 First thing I would check is the cabling to your Samsung SSD (power and SATA). Your symptoms could be caused by a poor connection on one of these.

Thank you Geoff, I will unplug/replace them this afternoon and report back.

A question out of ignorance not disrespect: is it the question of data transfer/throughput that might cause Roon to have trouble with the cabling even though the connection is apparently sufficient to allow the drive to display in bios? I’m not arguing, I just want to understand better - which is a big reason for taking the DIY route y’all so kindly encourage!

As I say, I am only surmising that your symptoms are being caused by a poor connection. Let’s first rule that out before we consider other possible causes (one, which although unlikely, is still a possibility: a faulty Samsung SSD - I’ve had one of these, but it is rare)

Thanks for the extra explanation. I’ll report back soon.

It could happen. BIOS does only some very basic drive access, compared with what Linux (ROCK’s underlying OS) requires of the drive. Another potential problem area is drive overheating with the fanless cases. I’ve got an earlier Akasa case with a 7th gen i5 NUC and a 4TB Samsung SSD. It got uncomfortably hot when I copied my music collection to the SSD initially. But it seems to be working fine.

Geoff, your instincts are serving you well. I removed the 2.5 inch drive and unplugged the power and SATA cables (swapped ends on the SATA just out of superstition), and made sure to seat them all firmly. Sure enough ROCK now sees it and I’m migrating ~370gb to it as I type this.

I suppose the most likely explanation is my particular SATA cable only works in one direction.

All jokes aside, thank you very much for the help.

Fernando, I think you’re right. Before opening the case I connected a monitor and keyboard, and entered bios setup on reboot. Sure enough both the M2 and the SATA drives were visible in bios. But as mentioned above a good wiggle made the Samsung visible to ROCK after reboot.

Yay, glad it worked! Been working with computers for almost 50 years, learned a thing or two about cables along the way

Your SATA cable need to be replaced.

Thank you. Should the problem manifest itself again I’ll do that.