iPhone 7, 7 Plus, and SE scaling issues

Hi - I’m absolutely loving Roon but I just upgraded from an iPhone 6 to a 7 Plus and the interface for the remote app is totally broken. I can barely read the text.

Most of my Roon usage is via iPhone remote but this is pretty much unusable. Is there something I can do to get the UI to behave as it did on my iPhone 6?

The curse of the early adopter … I’ve been there too.

Totally broken? Is it just the font scaling that’s an issue?
Can you post a some example screen shots to demonstrate.

I’ll leave flag for @support to follow up with you.

It’s not broken in a technical sense, more in a usability sense. Font scaling is part of it, but navigation items, controls, form elements are all so tiny that they’re very difficult to read and almost impossible to tap on. (Artwork still looks great though!)

Here are a couple of screenshots: 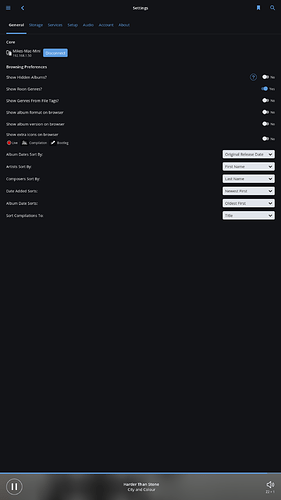 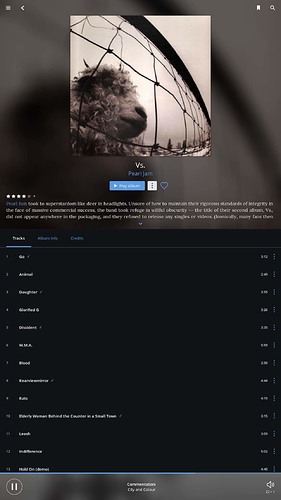 Mine is the exact same way OP 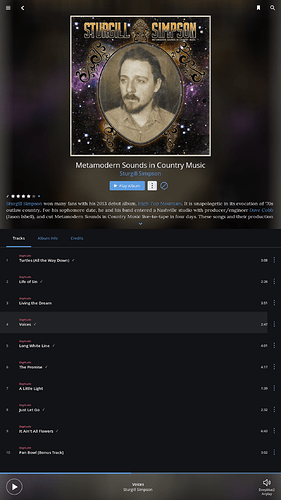 From the size of your screenshot, it looks like the virtual resolution is making its way to Roon, instead of the “native” resolution of 1080x1920 – something changed in the way the iphone7+ is returning the resolution to us.

@mike is going to get one of you guys to get us logs so we can figure out what is going on.

On my new iPhone 7 plus, the Roon app displays with all elements very small, as if the same amount of information that gets displayed on a desktop screen is squeezed in a mobile screen. This was not the case on my old iPhone 6s Plus. Is this a problem with support for the new device?

Same here on an iPhone 7. Happy to help in any way.

Fixed for next release. iPhone SE as well.

When is the next release scheduled to go out? Thanks.

Yeah Danny!!! You guys are awesome!

the roon app does not display correctly in ios 10.0.2 on a new iphone 7+. The font is tiny and everything is so small I can barely navigate. This is the case in both standard and zoomed display.

I’m having the same problem with my iPhone 7+ (256GB version in case that matters) and iOS 10.0.2. Note that 10.0.2 works fine on my old iPhone 6, but on the iPhone 7 the fonts are unreadably small - as indicated in some of the pictures above. Thanks for anything you can do to remedy this quickly as it’s unusable at this point but critical for my use of Roon. Thanks!

I just submitted to the App Store. Help is on the way, as soon as Apple approves the update

Thanks for your patience everyone!

Great! I hope Apple clears it soon! Thanks!

Should be live now, guys. Going to close this thread, but let us know if there are any more issues guys.

Thanks for your patience everyone!

Edit: we have reports that there are still issues on the iPhone 7 Plus, so I am reopening this thread while we investigate, guys.