I’m not sure when this started, but I found now that using Roon on iPhone SE I get a way too small font size, really hardly readible. Anyone else that has this problem, and hopefully also a resolution ?

Love Roon, and normally use it on my Macbook, but I do like being able to use the iPhone, and right now that doesn’t really work well with the way too small resolution…

Thanks for any help !
Robin

Just tried my wife’s 5S – can’t see anything out of the ordinary. Tiny phone, small fonts.

Can you post a screen dump of what you are seeing? 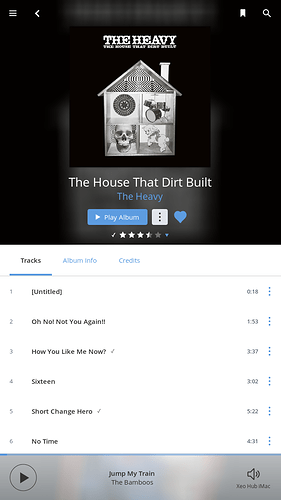 My eyes are not great, but I do think for example the song titles are way too small, hard to read. This picture is exactly how I see it on the iPhone. Sort of ok to select a song if you look very hard, but it just seems wrong…

That does not look right – here’s one for comparison: 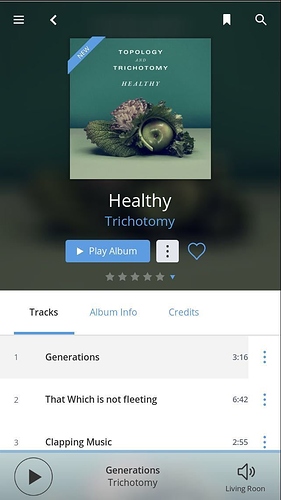 What version are you running? Have you tried deleting and reinstalling?

I just tried deleting and reinstall, still the same. I wonder if it’s some general setting on my iPhone…very strange, as I know it was working fine up to some point, but stupidly enough I can’t really remember when exactly this started…

On iOS apps that support it, Dynamic Type could cause small fonts by design (Settings > Display and Brightness > Text Size). But I just tried it on my 6S+ and Roon appears to be not affected.

Let’s flag @support or @kevin to take a look.

Just noticed I have a stuck IOS 9.3.4 install, saying ‘update requested’ and not doing anything. Found a tip to connect to power and retry, and now seems to be updating. Maybe this is related, trying now and will see how things look after IOS update…

My iPhone SE looks the same as well.

Upgraded to IOS 9.3.4, and then to 9.3.5. Deleted an re-installed Roon again, but unfortunately still the same problem…

Have mentioned elsewhere that bigger fonts would make it much easier to use. OK it’s a small screen trying to display a lot of info, but I think there are more friendly ways to do it than make the fonts super-small… I use the iPhone s lot and would prefer bigger fonts as a quick fix even if things got truncated sometimes (or had to scroll). 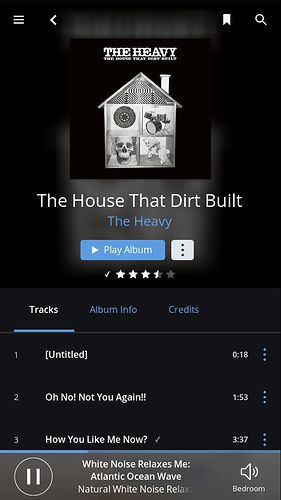 Agree, but your 5s screenshot like Rene’s example as well would make me really happy…

I don’t see why the iPhone SE gets a smaller font then the 5S, they have the same resolution, right ?. Bit of a mystery to me, hope someone can help with this…

@NickB - Just to be sure: do you mean your SE shows the same small fonts as @Robin_van_Gulpen’s?

If so, there may be a bug rendering on the SE specifically.

Hi Rene, yes mine is exactly the same as this screen shot shows 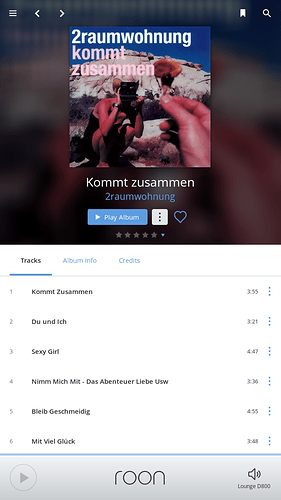 It is also very difficult to tap on any of the icons as they are so small.

Interesting – looks like an iPhone SE specific bug – since the screen res is the same, they all should look like Steve’s or mine.

Anyway – the great minds of Roon have been notified for follow-up + I’ve moved this from Uncategorised to Support for better visibility.

Oh yeah I see in the cold light of morning mines more like Renes. But I still think theres a lot of room for font size/spacing improvements. Since I only have 5s and 6 I don’t know whether it’s different on all platforms, but some examples below.

Note the tiny text for searches, some sub headings, and even the menus - where the tab is wide but the fonts are tiny while at the same time spaced vertically so much you need to scroll down.

I don’t like the Tidal App particularly, but some sample font sizes which feel about right.

). I know this isn’t specific to the SE issue, but if fonts are going to be tweaked please make them as big as possible for all! 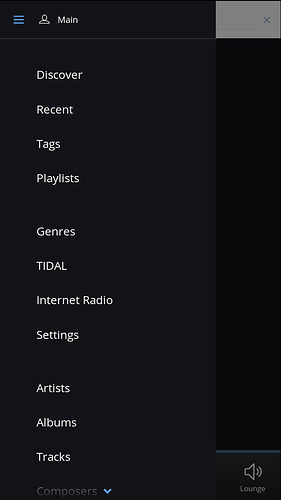 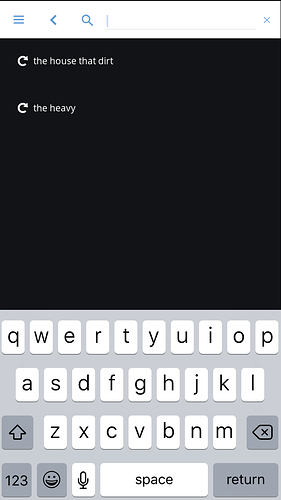 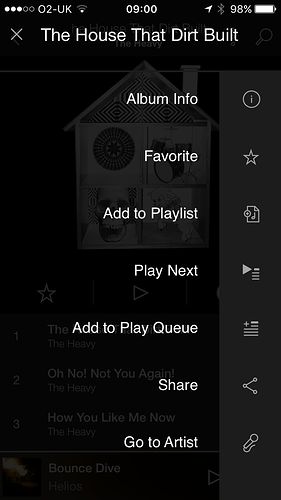 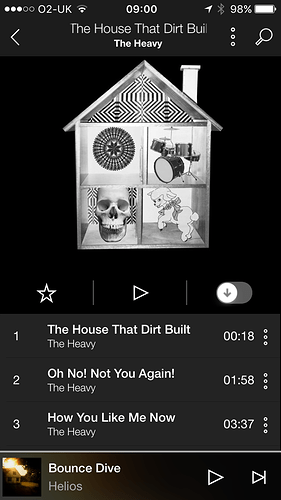 Many Thanks! I’m hoping for the brilliant Roon minds to resolve this!..

I’m having the same problem with my iPhone 7 plus, the font is almost microscopic and barely readable. This was not an issue until the latest software update. I’m hoping there’s a solution to this problem soon.

The display bugs on the iPhone SE and 7 series have been fixed and will be made available in the next maintenance release – which should be soon.