Is it necessary to update ffmpeg 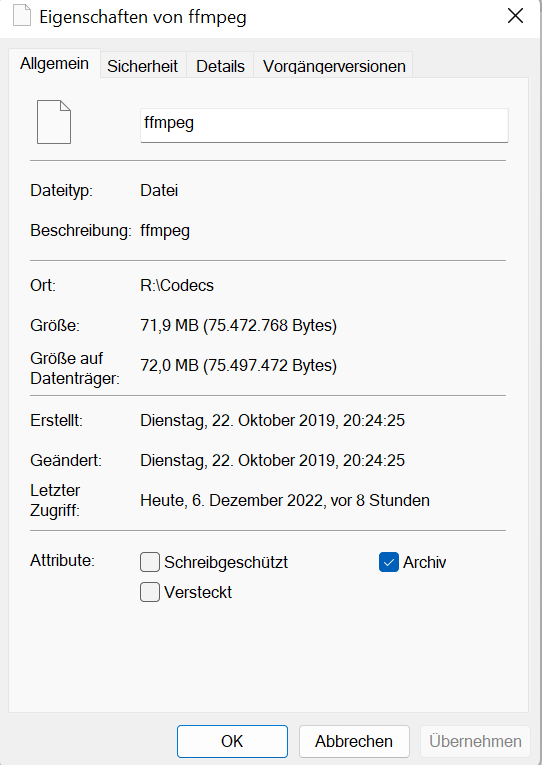 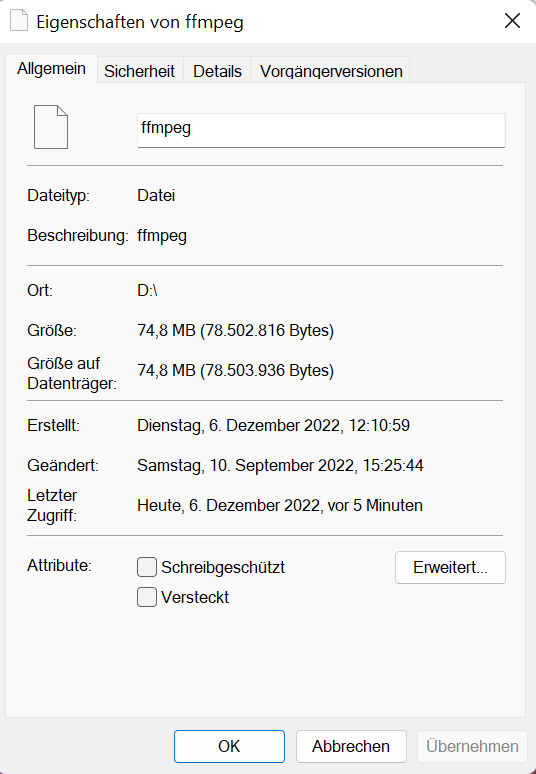 Would it make sense to update to the new version?

As far as I know, and according to the docs, on Windows Roon uses the built-in codecs anyway,

Background Roon does not ship with patented codecs such as MP3 and AAC on any platform. On Android/iOS, Roon does not decode audio formats. On Windows/Mac, it uses the built-in system codecs. On Linux, Roon expects to find the codecs installed as ...

So I don’t know if a separately installed ffmpeg has any effect at all. In any case, the codecs are only needed/used for mp3 and AAC files.

As with any software, updates may resolve issues. However, decoding mp3 is not that difficult and there are standards ensuring that the result is essentially always the same with every decoder. The magic is in the encoder. Very early ffmpeg versions had poor encoders for certain types, but this was long ago, and in any case you are not using an encoder with Roon.

As far as I know, and according to the docs, on Windows Roon uses the built-in codecs anyway,

It is not on Windows. It is on my ROCK/NUC server

Why not update? I always have the latest version installed.

I see, then it is used, but still only for decoding mp3/AAC, and the rest still applies.

On the other hand, replace the file with the new version if it makes you sleep better, but it won’t have a real effect.

Decoding, on the other hand, is carefully defined in the standard. Most decoders are “bitstream compliant”, which means that the decompressed output that they produce from a given MP3 file will be the same, within a specified degree of rounding tolerance, as the output specified mathematically in the ISO/IEC high standard document (ISO/IEC 11172-3). Therefore, comparison of decoders is usually based on how computationally efficient they are (i.e., how much memory or CPU time they use in the decoding process). Over time this concern has become less of an issue as CPU clock rates transitioned from MHz to GHz

On the other hand, replace the file with the new version if it makes you sleep better, but it won’t have a real effect.

If it has no improvement, than I would not touch it - “Never Touch a Running System”

Replacing it won’t break anything either, though

I will think it over

Just want to make sure that I don’t run into problems.

I would have to STOP the server

when doing the update - and than make a restart?

but it won’t have a real effect.

I agree, IIRC, the newer version doesn’t change anything which affects Roon, and it’s significantly bigger for some reason. I didn’t bother updating. But, if it makes you happy, go for it.

No changes in Roon since well before 2019. Any changes in ffmpeg are for video codecs and more exotic things Roon never has to deal with!

it is used, but still only for decoding mp3/AAC

To be pedantic, ffmpeg is (was?) occasionally used by Roon for other things.

Sometimes we use it for parsing out stranger tags, and if you have an aac/mp3 and the codec doesnt exist, it’ll break everything. It doesn’t hurt to install it, and leads to a complete solution.

Ok, thanks for completing:)