Is the current streaming business model good for musicians and consumers?

Continuing the discussion from Qobuz Integration:

An excerpt from an article on BBC News:

Lucy Rose is a 26-year-old British singer-songwriter. She started by recording songs in her parents’ living room.
“We put a video up and it was only from people sharing that YouTube video that actually anything happened with me. I was unsigned, playing small gigs, but that was a real big break for me.”
After her videos and songs got millions of plays on streaming sites, a record company took her on, and began to promote her, even in countries where she didn’t have a physical record out.

"We got flown out to do some shows in Singapore and Kuala Lumpur and China, and that was only possible because these streaming services were exposing my music to people that probably wouldn’t have heard it otherwise.

“I feel like it’s getting harder and harder to survive in the music industry and to get established in any way. Not as many people are buying records as they used to, which makes things a lot harder for us. Because if people don’t buy my record… I will get dropped by my label.”

“I was interested in the number of streams I got on Spotify and I think it was around five million plays of the entire album from start to finish, in America, which for me was really exciting. But at the same time I didn’t see any money from that… so I don’t think it’s actually made a difference how the company sees me as an artist.”
Spotify says that for five million individual plays, it pays $25,000. But they don’t pay artists directly: instead they pay the artists’ labels and publishers who own the music.

All things considered, it seems to me that streaming is bad for everyone other than perhaps Apple - artist’s aren’t seeing sufficient money to make a living plying their craft, streaming companies are making massive unsustainable losses (yes there’ll be consolidation… and then we’ll end up with a monopoly dictating what we get to listen to) and record co’s are probably not seeing much in the way of market share and/or profits either.

Frankly, I care nought about the record and steaming companies, my concern lies with the artists who are damned if they do and damned if they don’t. In a world where everyone can be a musician and everything is available online, how do truly good artists (go away bieber et. al) become recognised, earn a decent living and make a viable career out of doing something they love that gives millions pleasure? If they can’t solve this dilemma, it’s not just the artists that will suffer, but as consumers we will be left only with content, produced, controlled and streamed by a monopolistic faceless industry, dross passed off as music. Isn’t it time we, as consumers, started being a little more careful about how we purchase and consume music? Wouldn’t a world where you pay the artists you enjoy directly (or a representative organisation that has the artist’s interests at heart) be a better one? Streaming would still be possible, it may cost a little more, only it would benefit both the artists and you as consumer. I’m not saying for a second I have the answers, but I guess I am saying we can ignore what’s going on at our own peril where continued availability and enjoyment of great music is concerned.

First of all may I recommend the book ‘How Music Works’ by David Byrne (Talking Heads) as this subject is discussed in detail by one who has spent a lifetime in a changing music business.
Like football, the ‘Big Money’ will only be for the few who hit the Zietgeist IMHO as music is a business and it’s all about getting eyeballs on screens.

If your in the business for the art then your going to have to work just like everybody else.
A simple analogy, I work for myself fixing cars and if I want to get paid I have to do a job. For musicians, you have to play a gig.

The real problem, as I see it is the lack of decent venues for bands to play in.
The reluctance of people to go out and support live music.

The musician have got to get their hands dirty, get out and play. Meet and get to know their audience, build their own core supporters (which is a lot easier via social media).

Personally I have become involved in a local live music venue that is run on a not for profit basis. We are a small bunch of music fans.
We provide a top notch sound system and an engineer to fly it.
We look after our artists very well with hospitality B and B, friendship and support as required. We ensure the venue is full and also pay them all the money.
They get to sell merchandise and meet fans in an intimate friendly environment.
Needless to say we have more bands than we can possibly accomodate from across the world on our waiting list.
So I encourage everyone to get away from your Hi Fi at least once a month, find the nearest independant live music venue on the circuit and find out just how fantastic they really are. You will be hooked.
The musicans won’t get rich but they will have an interesting life traveling the world.
That’s the salvation. Thoughts, Chris.

From the BBC excerpt, it sounds like the labels and publishers are the problem at least as much as the streaming services. $25,000 paid but the artist doesn’t see any of it?

Mostly I use Tidal (or others) to find new music and see if I really like it enough to buy it. If I do, I get the CD and rip it, unless the HD downloads are similarly priced. Mostly I’ve found that CD quality downloads are invariably more expensive than the CDs themselves for reasons I’ll probably never understand. For these artists, they’re probably getting extra sales from me.

Borderline stuff or things I don’t like too much I probably wouldn’t buy, or I’d maybe buy used CD. So those artists lose out I suppose.

And to be honest part of the reason for buying is being old fashioned, and wanting the freedom to listen in the car or wherever I like and on whatever device I like, and without an internet connection.

I have family members that are in bands or the industry, so I care about their living. But I don’t really feel it’s fully my responsibility as a consumer to worry about the whole mess that is the music industry. Surely it’s up to labels and music conglomerates to negotiate decent deals for their artists with streaming services. They could also have embraced streaming earlier, instead of trying to block it and keep the physical media costs high - with much of the proceeds going to music execs and the corporations.

It’s a mess but streaming’s the best thing that’s ever been invented in terms of consumers finding the music they like and listening to it. How they make sure artists make money is another thing. But in any event 99% of the Roon user base probably isn’t the issue, it’s kids growing up now in a world where musics considered free (or nearly free) - and no doubt Apple is going to do little to change that as long as its selling phones/iPods.

It’s not just musicians that are affected by the internet era of course, but that’s another topic (or few).

I get the live performance thing, however, I don’t believe that it should legitimately be accepted as the only means by which musicians are entitled to earn an income. Cut through all the industry crap for a second, get rid of the middlemen and I’d be quite happy to pay an artist for a copy of their work for me to enjoy over and over again for as long as I enjoy it. Bandcamp, whilst still a middleman at least ensures the artist gets the majority of proceeds on sale of a work. After purchasing you’re free to stream it ad infinitum as well as download it for offline consumption. Artist paid a fair price, Bandcamp turning a realistic profit (presumably) and consumer gets to enjoy the music. On top of that I get to buy stuff I like rather than have licensing arrangements that exist for no other reason than to monopolise income streams dictate what I can buy and/or listen to. As things stand right now I’m denied access to music I’d be happy to pay for simply because I’m not located in a particular geography. Nobody wins.

Revenues for musicians have changed significantly over my lifetime*, so I hope things adapt to a position where all involved are happy the way money generated from streaming is divided up. I fear that streaming will have a hard time surviving because it does not seem to be generating enough income for all parties to be kept happy, but I hope I am wrong because it is a brilliant way to consume music, and try out new music. 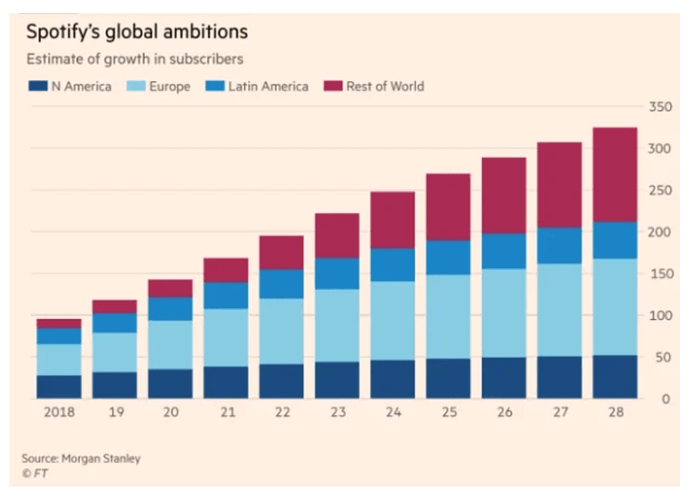 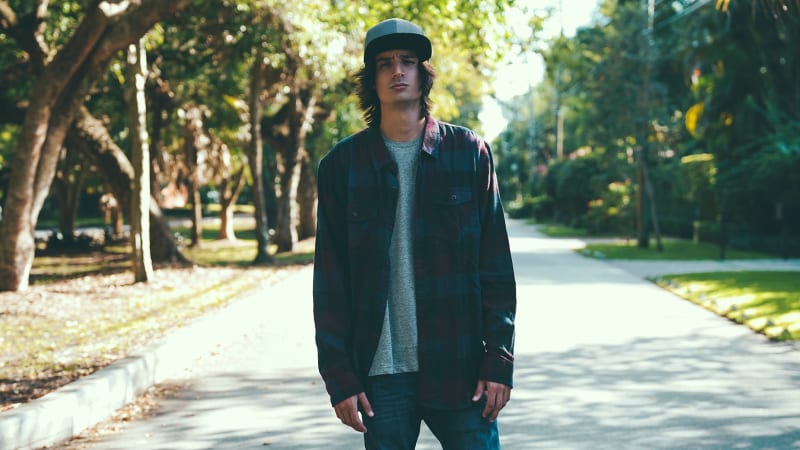 Spotify’s plan to beat Apple: sign the rest of the world 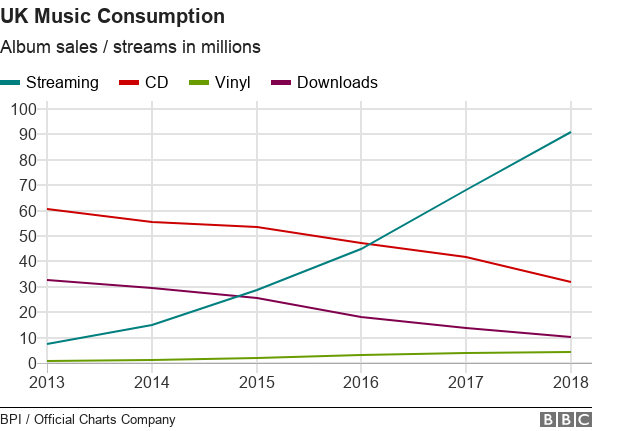 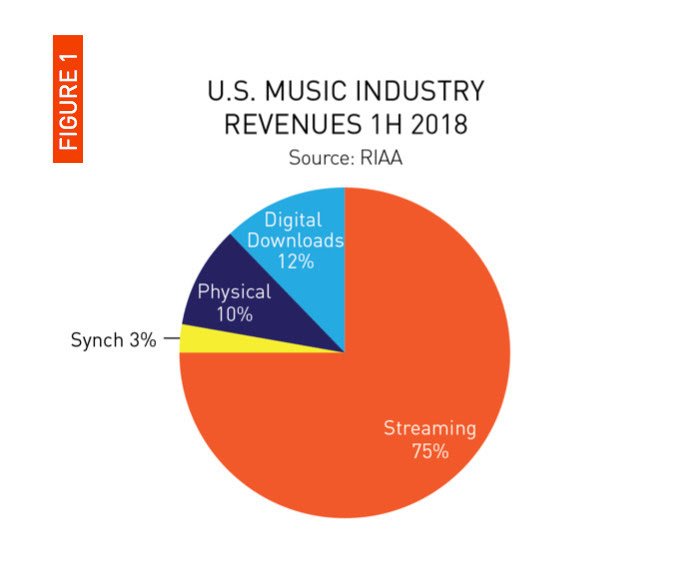 What about income from radio station (as in FM/DAB radio) plays? Is that included in ‘Streaming’ above. Clearly this income existed before internet streaming started (in the UK it did, not sure about USA), so maybe it isn’t? Similarly, who gets all the money from the license you need to play music in your business premises and how much does this generate and who for?

Similarly, who gets all the money from the license you need to play music in your business premises and how much does this generate and who for

That’s collected by IFPI on behalf of and then distributed to rights holders.

Agree! and not all musicians can travel all the time for live gigs.

Interesting - a musician friend of mine sent me this

Get your music on Apple Music, Spotify, and dozens of other popular streaming outlets around the world. AvidPlay makes music distribution easy, enabling you to grow your fanbase and keep 100% of your rights and earnings. Get discovered now >