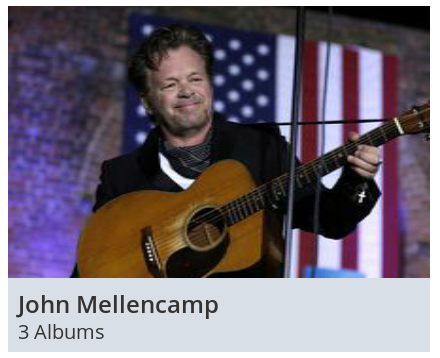 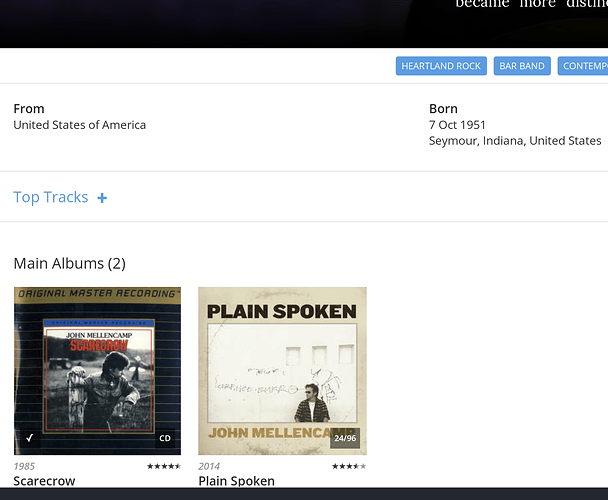 I’m pretty sure it’ the same artist name seperated with / issue that I also see with my Eric Johnson & Mike Stern album.

This is a good example – @jeremiah take note.

The issue here is that AllMusic has credited the album to two people we consider to be equivalent. I’m not inclined to fix the equivalence here either, since John Mellencamp and John Cougar Mellencamp are the same person. We just need to do better handling these cases.

I’m going to open a ticket on this and discuss with the team. Thanks for the report – we’ll get this fixed @DrTone.