As per title, I’ve just handed Qobuz €300 and have spent the past few hours looking at their editorial content and their store and finding HiRes gems like this… 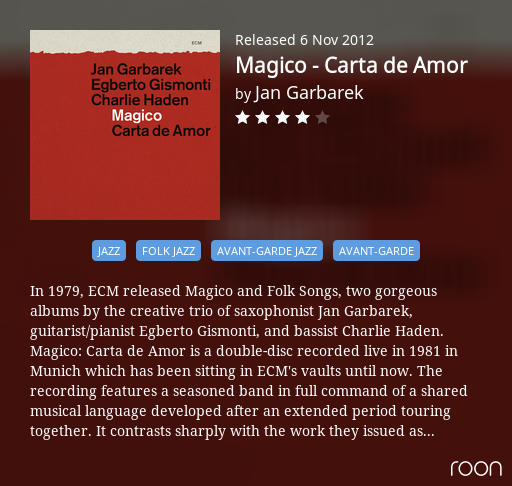 I’m keeping Tidal also at least for the moment as there does seem to be gaps between the 2 services and as I’ve said before it’s still remarkable value - €500/ year €42/month for 75% (?) of the music currently available in the world!

Not to mention substantial discounts on hi-res downloads, should you choose to purchase your favorites

Enjoying this, using the Qobuz website to hone in on some record labels - ACE in this case-

and now listening to 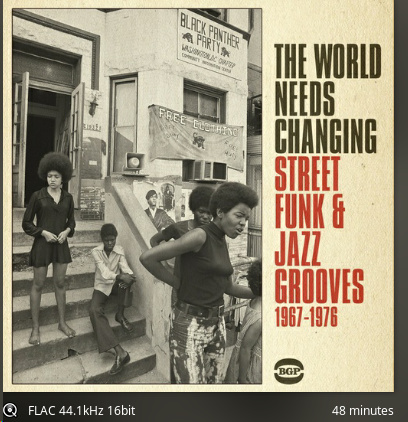 Many thanks for this tip

Both are also on tidal. nothing special about Qobuz.

There is. I can search through Qobuz as shown and filter through albums by any number of filters. Both albums may be on Tidal but it through Qobuz I discovered them.

I’ve used Qobuz for years and Tidal since it came out.

There is definitely a difference, especially for those who like classical and jazz (besides the fact you can later buy from Qobuz at a substantial discount if you decide to keep a particular release).

I’ll probably wind up keeping both, even though there’s like a 90% overlap in catalogs, because 99% of what I want I can find on Qobuz, but there’s that 1% …

Certainly looking in Roon at certain artists discographies there are many where one needs both Tidal and Qobuz to have a comprehensive list.

Thanks for this album Sloop, its really great!

Thanks for bringing my attention to this album; it’s just my cup of (Jazz) tea. Also available on TIDAL in MQA, so ripe for comparison if that’s your wont…

I love the funk and soul compilations coming out in the last few years. So much great regional stuff that never got national airplay or chart action. I’ll go hunt some down from my playlists. ~Rob

Just paid my Sublime+ subscription, started Radio exploring from the Improper Authorities track in Ralph Alessi’s recent Imaginary Friends, which was immediately followed by So What Variations in Sunrise, a Thomas Morgan/Paul Motian album on Qobuz I did not know. Back now to stuff I own (I have a large modern jazz collection!) but just that addition was worth it. Liking this, for sure

After a while in my own library, another delight I did not know about from Florian Weber’s Lucent Waters, which has also one of my favorite current drummers, Nasheet Waits. This is going to be too good!

I beta tested Qobuz USA and once I found out that Roon was going to handle Qobuz I bought the lifetime membership to Roon and signed up for Qobuz sublime the first day it was available. I have been using Roon for two years with Tidal but I like the Qobuz/Roon combination much better.

I have just about the same experience except I have canceled Tidal I believe Qobuz will be able to cover my needs for the foreseeable future. My main interests are classical and European jazz.

I’m about three weeks into my Qobuz “Studio” free trial, access it using their Windows 64 bit app, which is quite flaky, but I find the selection of classical and the search for that is superior to Tidal. I’ve also taken to comparing some CD quality album streams from both services, same machine doing the streaming, same USB to the same DAC and for some reason the Qobuz music just sounds a little better (I presume it’s the same 44.1/16 FLAC file from the record company?). Certainly the hi-res albums (to me) sound better (that might be because they are newer masters?) Sometimes the Qobuz app does seem to be off doing something, consuming a lot of CPU, but with Qobuz I don’t have the problems where I’m listening to a track and the music stops and the wheel just spins, a problem I have with Tidal way too often. I have about 185mb Comcast internet service, a quad core I7, 16 gigs of memory, the only app running at the time, should be more than enough horsepower to stream.

I searched forvthis album in Qubuz via Roon and I did not find it… How do I search for it by using Roon+Qubuz?

I located it through the Qobuz website, so can’t help with locating it in Roon. The first thing for you to check is to see in it is in Qobuz in your region (i’m in Ireland which for Qobuz probably means UK).

Starting with Binker & Moses’s “How Land Learnt to Be Still” and skipping a too-rap track (“Acedia” by Soweto Kinch) I ended on a fantastic mix of my personal library and Qobuz stuff I did not know/have (Mammal Hands, GoGO Penguin, Sons of Kemet, Tigran Hamasyan, …). Hard to stop