The OS X firmware is out. I updated with no issues.

Link? Where can we find it? Is t the same as the Windows version that was released a few weeks ago?

I saw this but did not know how to update the firmware. for mac version is there a link regarding “How TO”

I wish they would document features more clearly. I can’t figure out how to disable the auto-standby time even though it was added in this update.

And I randomly found out in the comments section of a review that you can change the sleep timeout to 60min by holding down the desk/stand button until the lights blink. But no sign of that in any KEF documents I’ve seen.

The ability to turn off the startup/shutdown strum sound would be a good feature too.

The Windows version has not been updated yet so I don’t think they are the same.

Attached some screen shots to show update, versions, and how to adjust auto-standby. 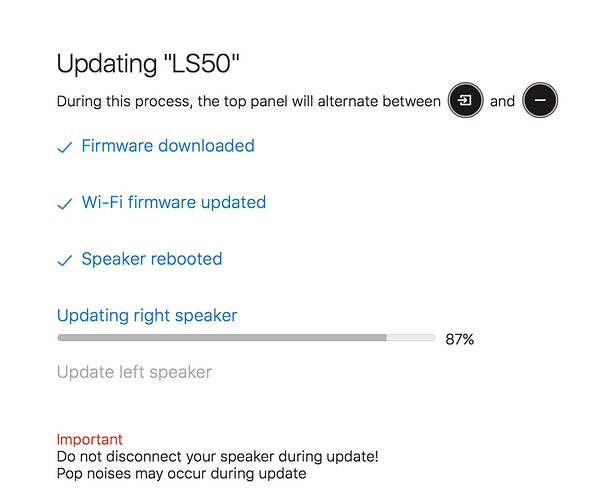 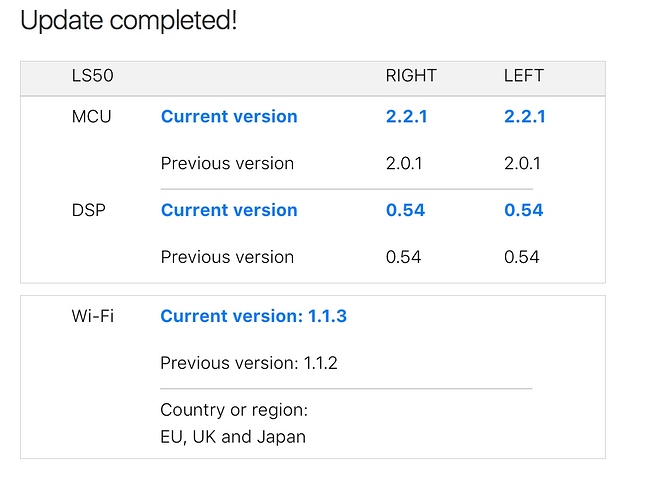 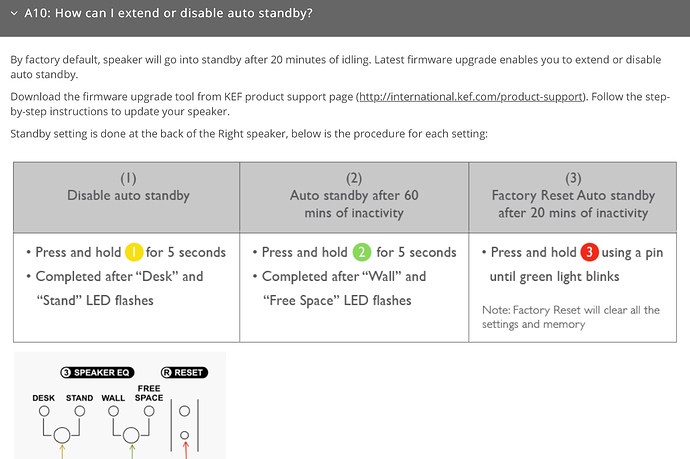 thanks! Hard to find intel, indeed!

I just got an e-mail from Kef saying there is an update for the speakers. I noticed both updates are dated May 22nd even though the Mac one just came out. 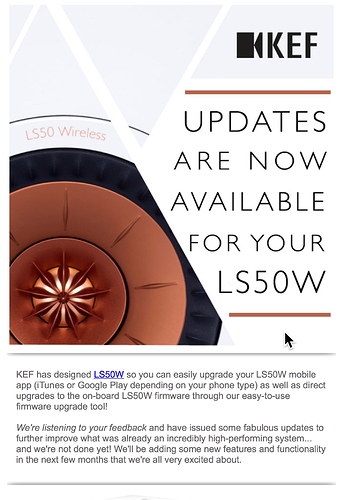 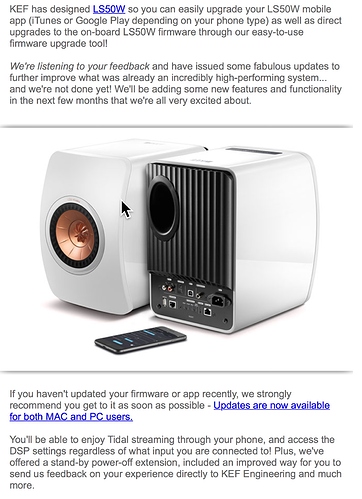 I got the same email. I am guessing that it’s not a new update but I will probably try it this weekend.

nope, it’s not. According to this link (thanks @Ratbert) the latest firmaware update is this one:

Okay I just tried the update and it’s the same version as are installed my my speakers from the last update so nothing new here. I think though the thing I missed about this is that the Mac updater is now wireless. It seems to me when I did the last update via a Windows laptop I had to connect the speaker to the laptop via USB. This is 100 times better.

We don’t know for sure the OS X and Windows update are the same.
They have the same date for both and we know the Mac version just came out.
The release notes are so minimal as to tell us practically nothing.
Just saying its the same point version doesn’t mean its the exact same code, they can give it whatever number they want.
I didn’t notice the Mac version as wireless, the directions said to do it by USB cable and turn on wireless but the update looks like it took place over usb and wireless was too be turned on to make sure that component was updated. That was my assumption anyway.
Anyway I’m glad to see it finally had some sort of update along with the iOS app.
My next step is to connect a Microrendu to mine for Roon.
I’m also getting some isoacoustic stands and maybe higher end power cords.

When I tried the update the updater said the version on my speakers was the same as the one in the updater so I did not do it. Not sure what you mean about the directions needing USB. It is 100% wireless on a MAC. I was able to access the speakers without a USB cable connected.

I’m saying the directions say to connect directly to the speakers via USB and also select wifi as the source.
On another note. I changed auto standby to 60 minutes which worked st first but now they just stay on all the time.
Nice work Kef. Still issues with the speakers retaining settings.
I would e-mail them but there never seems to be a reply.

Are you using Windows or a MAC. When I did the update via Windows it was via USB. When I tried it via the Mac it was wireless.

Well then all you did was read the directions because the updater is wireless.