Uninstalling the Windows GUI and reinstalling it fixes it again.

This misbehavior could be partly responsible for other audio problems and crashes reported in the community, because if an audio device is not found, remains incorrectly assigned via IPs, there are crashes, title jumps or dropouts when streaming. 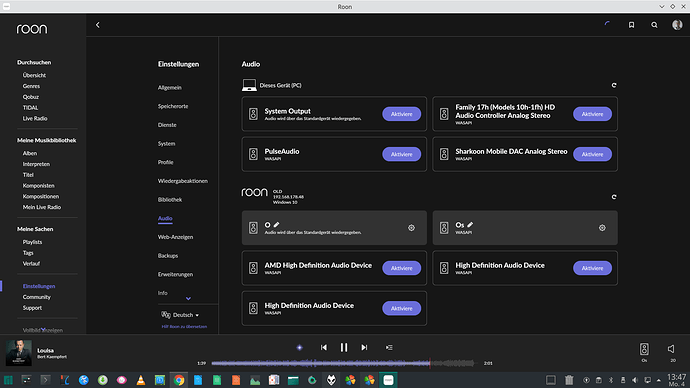 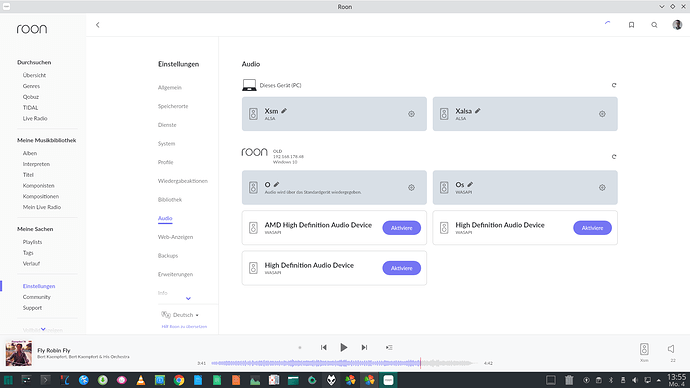 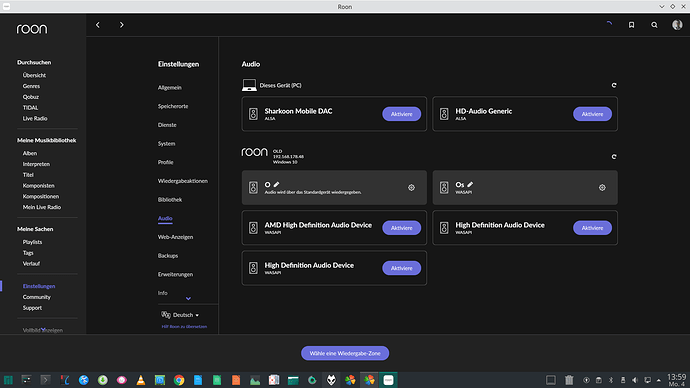 Welcome back @Uwe_Albrecht .
Thank you for the information here.

@Uwe_Albrecht do you see records of this losing in the RAATserver logs?

…and the two ALSA devices (internal, USB-DAC ) are made ready for operation.

…many hundreds of error-free logs to ALSA and Sharkoon Mobile DAC, but no log about keywords like Pulse, WASAPI

My guess also goes in the direction of browsers and other music applications that might be in disruptive competition with the ALSA setup via the RAAT server.

Here it is Google Chrome and Foobar2000. Foobar2000 also runs via Wine with these OUTPUT devices:

Test: Restart of Roon while Foobar2000 is playing.

The Sharkoon Mobile DAC is not found because it is currently being used via Foobar2000. After Foobar2000 playback stop the DAC is found correct as Alsa device. 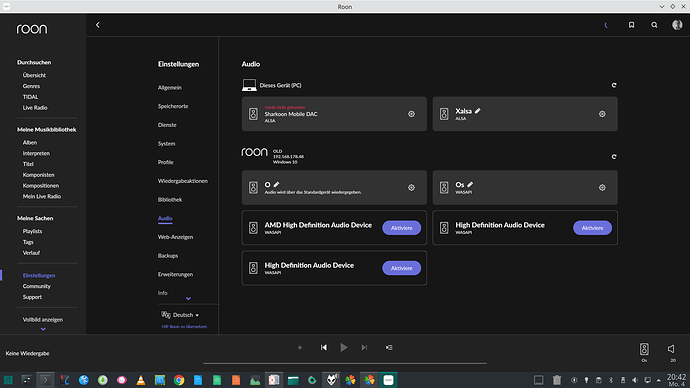 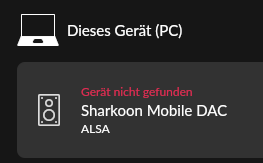 Any ideas here why occasionally not Linux devices (Alsa) but unusable Windows devices (WASAPI) are loaded under Manjaro?

This is not a usable device identification under Linux: