It’s a good thing to put something aside sometimes, too, because you don’t have enough knowledge to solve it yet. I also started playing with Linux because I had frustration with Windows. Then this reference book came along: 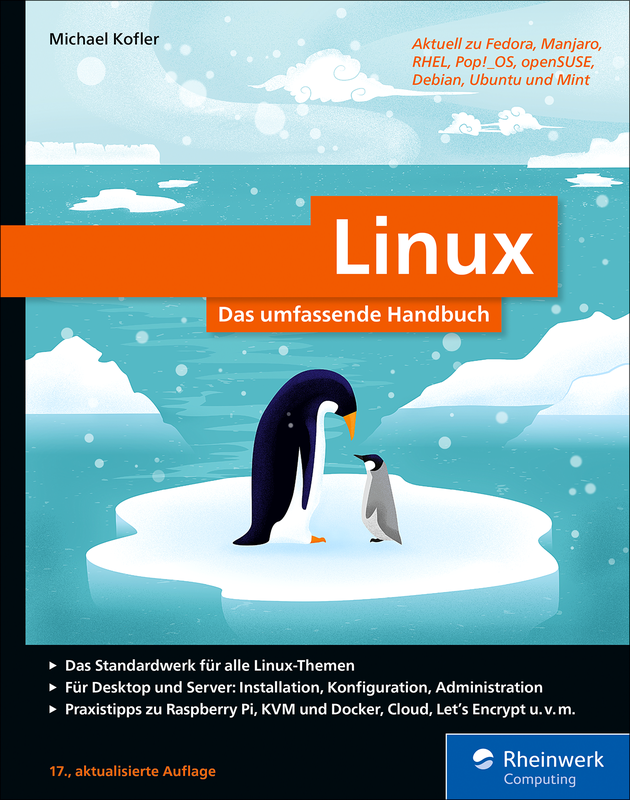 There I first learned the basics and monthly I read a lot of help (here only the selection for Linux in 2 languages) at Readly. The reading helps over failures and makes courage to start again. 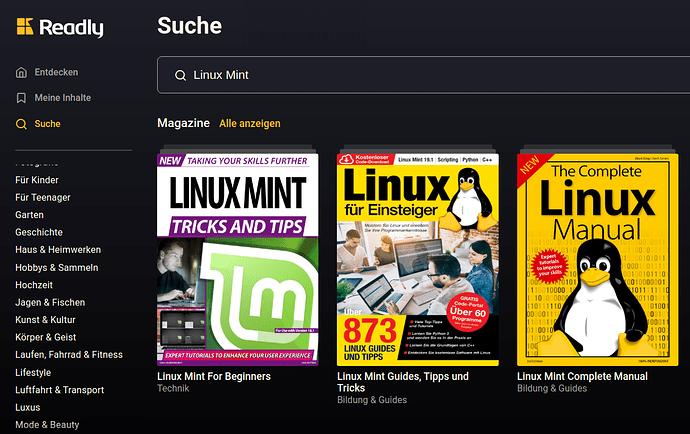 Uwe I started before Linux existed but there were great books on Unix from O’Reilly then as there are now. I have a lot of them on my bookshelves and in digital format.

Great books on a wide range of Unix topics among many others.

I wish I hadn’t started so late.

O’Reilly books are in demand even in Germany. Günther Born certainly knows him personally and is a German expert and now especially makes seniors smart in IT. He is also an IT security expert. I like to read his blog.

I have many of the original classics in paperback. Always loved them.

While I’ve started with Linux, the OS was in alpha state (discs A1…Xn) and the linux handbook was (as TeX) included.
Also nowerdays this can be a good starting point for understanding Linux.

man -k is your friend.
The administrators handbook, now on Revision 4, is excellent when learning.
O’Reilly, I have the farm here. 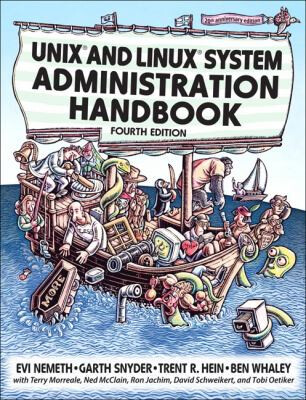 I think I have version one of this book from before they added ‘and Linux’ to the title. It was a very good book then and I’m sure it is now as well.

If I recall. The first one was blue. I was loaned this while I learned after a “friend” wiped my drives and took my install media while I was showering. He left me with NetBSD to install. Bit of a learning curve. The note stated:
“You’re gonna be outraged today, but you’ll thank me later” paraphrased because of filters.
He was right on both counts.
I bought the 2nd it is red.
By the third (purple) I was recommending it to other admins.
I checked to see if it had been updated before posting it, It does look like they added “and linux” to the title.

My first book was a nutshell book from O’Reilly: 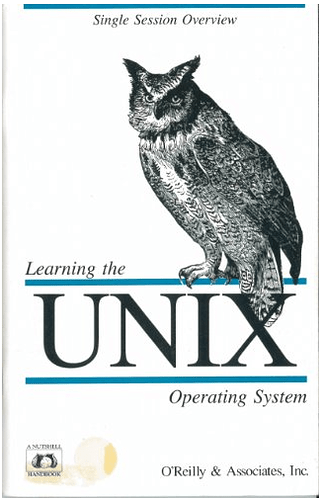 Others followed, but the book that best summed up my feelings about Unix was this one: 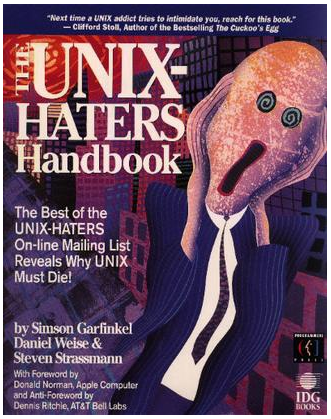 Oh my one was a light brown or something, so maybe an old book with the same name. It was about 90 or 91.

Others followed, but the book that best summed up my feelings about Unix was this one:

In the 70s, mainframe computers were still very much in fashion. In our company, older colleagues refused to perform tasks using modern decentralized hardware. The good old punch card was still on everyone’s lips. I saw no reason to bother with older operating systems like Unix. I should have!

The change came in the early 80’s with this PC and Lotus 1-2-3. The XT was later replaced by an IBM AT. My small Basic programs ran 10 x faster. Then came Compaq and many more nameless manufacturers overtook IBM. 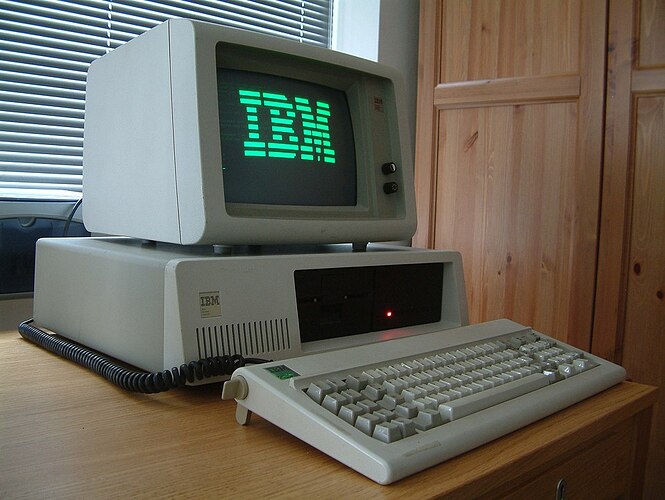 In the early 90’s Microsoft with Windows and Excel replaced these solutions and I ignored the Linux world.The Kofler and the first Linux books was bought only in 2016 when Steve Ballmer called Linux a cancer. Who needs such words only shows his own weakness. His successor is smarter, but with Windows or Office comes almost only marketing for functions that are stomped a few years again. The salvation is now supposed to lie in the cloud and server world, where 90% runs with Linux today. That’s why everyone is so fond of each other today!

I prefer to deal now productively with an all-round carefree package like this.

This KDE desktop is 10 years young and suitable for beginners, will also reach the cell phone and tablet and simply creates more joy than Microsoft. At first Linux-Mint was in front with me and now I like to experiment with Debian, Ubuntu…the fever is back, even in retirement age.

Of course it is worth keeping an eye on this, but I will never want the old dependency again.

I think Unix in its original state would no longer be an alternative for today’s systems, but a lot of “new things” are only borrowed from there and brought into the beginner-friendly alternative with Linux.

You can also see here how beginners deal with a NUC and learn a lot. Others choose an even more comfortable way and say Nucleus has everything, why think and learn, plug in is enough.

Uwe you are correct but they sit on my bookshelf, for memory sake.
Back in those days It was SUN OS 4.1 (maybe) which was BSD based and then moved on to Solaris 2 and SCO Xenix 3.

Those were the days my friend

Also with this in still wants to start, but it is better first to develop the knowledge further with systems that are maintained faster and more visibly by excellent teams.

Thanks for this. I am not in tech, but as a COVID project I built a fanless Intel NUC computer using an HDPlex case. I originally ran Roon Rock software but ended up, in a fit of boredom, installing Ubuntu instead and running my Roon Server off of it. This is my first Linux system and I am enjoying learning tinkering with it. I run the “cloud” software controller for my wired TP-Link router off of it. I don’t see myself going back to Rock because there is no sound difference and Linux is fun, but I clearly have no idea what i am doing.

The knowledge grows playfully with interest

My first sortie after the Sinclair ZX81 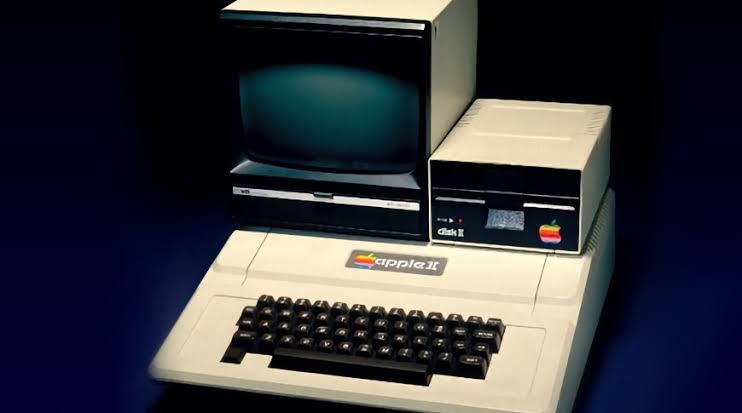 Apple Pascal was a dog , it chewed floppy discs , even without throwing them like Frisbies

I never tried Linux, just satisfied with MS Acces and VBA until .NET rolled around

This Year Update to Linux in German Language 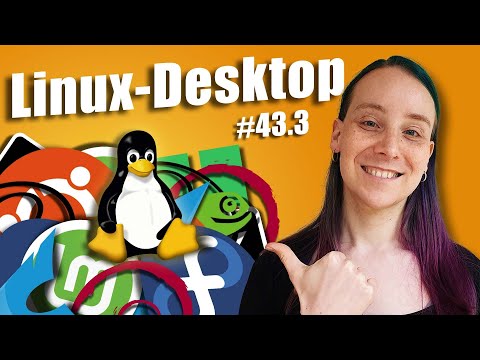 The Apple II machine we used at school to learn how to program.
Those where the days

Started with a euro card single board computer with no storage possibility, it used a calculator to punch in hex codes.
Then came a VIC20, C64 an XT and … now arrived at servers with Linux and MAC as desktop.

I keep them for memory sake, along with my first set of installation floppy disks for SLS LINUX that I downloaded from Compuserve very early on

Hopefully that doesn’t date me too much