Hi everyone,
let me put in my two bits, it may help you and I sure hope it will help me -

Got everything basically working last night, thanks to Chief CRieke.

Now my Roon only plays red book 16-44.1, both flac and wav.
File types like 24-96 and Blu-Spec only play for about 10-12 seconds, and then start to hiss (loud!). Like white noise.
It feels like some buffer overflow issue. Pausing and recommencing playback resolves the issue for another 10-12 seconds.
I used to experience a similar issue in my previous DS414 / LMS / Transporter setup (LMS as package on a DS414 1GB).
The issue always occurred with Hi-res files, once every couple of 100 hours of eartime. Never knew what triggered it, the same file would play fine next time. The difference is, then it was static hiss from the moment the track started (either that, or it played at a very low speed, like 33-1/3 RPM instead of 45). Now it runs for 10-12 seconds before the static starts.
Holding the start button for the Transporter used to fix the issue. This time a Reset / reconnect of the streamer does not help.

It seems to me coax is the common denominator, will try to replicate in morning.

@Carl_Seibert and @spockfish - been streaming via coax all morning and still no issues. I’d suggest checking whether your ffmpeg or avconv are current.

Outside of that I’d start looking at network issues, albeit they should lead to breaks in streaming rather than white noise.

FWIW my configuration is as follows:

@evand
I know you didn’t ask me, but the behavior is consistent

the behavior is consistent

consistent as in repeatable whenever playing the same tracks or?

Any Hi-res type of file, and after 10-12 seconds the static starts at full blast. Give it a moments pause, recommence and again 10-12 secs before I have to run for the Stop button.

Please could you describe your Roon ecosystem, in detail. Add to that the SBT firmware version and also EDO release if you’re running that on the SBT.

Strictly FLAC.
And yeah, I get the noise with all 192K source material.

@Evand:
thread seems to behave a little, sometimes I can’t find my own replies in the trail.
Some 6hrs ago I posted: 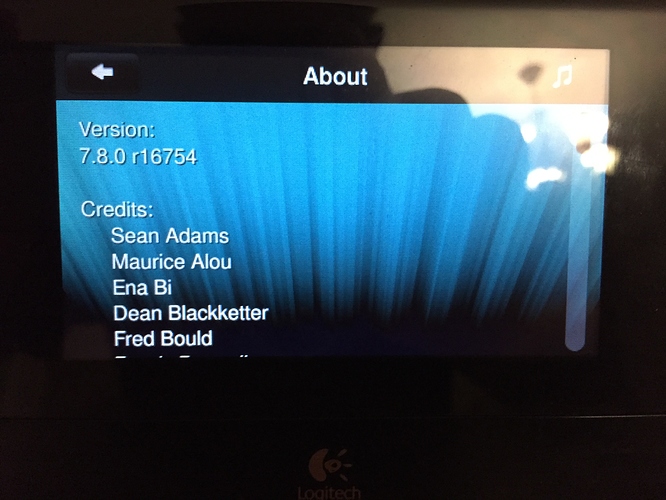 Apologies @Egbert_Braam, but the Transporter is limited to 24/96 and as far as I know there was never a firmware hack to enable it to pass through > 24/96, that being the case you’re out of luck using the Transporter as a high-res transport.

Have you tried coax? I had a TP, never tried its AES/EBU output before I sold it.

Gents, could I suggest that you update your LMS to the latest 7.9 build and connect your SB devices to it to update the firmware, or alternatively grab the firmware files from the archives in http://downloads.slimdevices.com/nightly/?ver=7.9 and apply them manually.

I’m sorry, but I think we got some wires crossed here. Definitively NOT using LMS here, just Roon. And I expect that to be the latest version as I installed only last week.

No wires crossed - Roon cannot update your TP or SBT firmware, only LMS can. Once that’s done delete LMS again.

What fw does your SBT report? 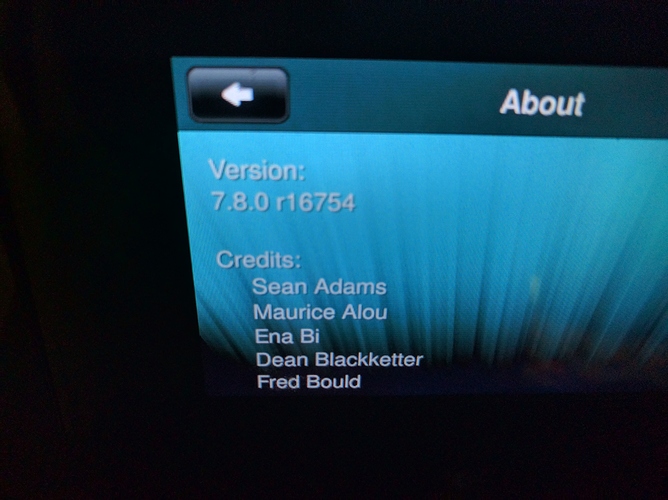 ok. That is actually the latest firmware, while LMS is on 7.9. Rather confusing.

That’s the same firmware in my SBT, so unlikely it’s a firmware thing.

On the SBT side:

On the Roon side:
Please post a screenshot of your SBT endpoint settings