I’m enjoying the 1.6 update, particularly the Qobuz integration – 24-bit streams from Qobuz are providing the best sound quality I have ever had in my listening room.

Alack, when listening to Qobuz hi-res streams (I am in the US beta) I occasionally get a loud, startling GLITCH sound (which is proportional to my DAC’s volume setting at the moment) about 5 seconds after stopping playback. The glitch can also rear its head when switching tracks in mid-stream, for example when trying to A/B/A a Tidal track with a Qobuz for comparison.

Roon runs on a SonicTransporter i5 via ethernet into the Bridge II of a PS Audio DSD Sr.

Thanks for any thoughts or help.

Does this behavior occur when playing to any other endpoints? 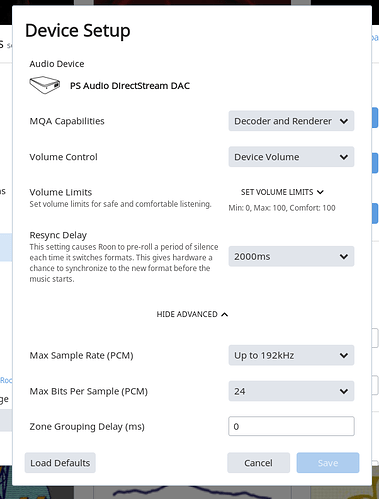 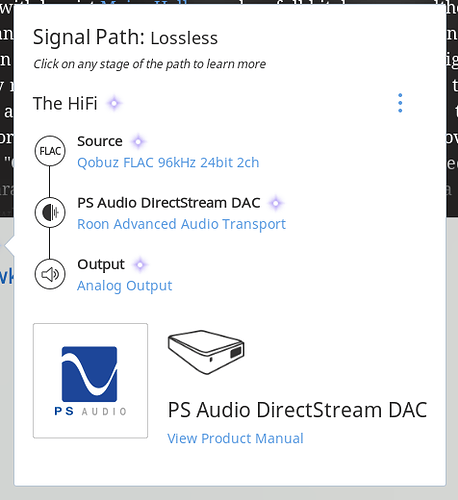 Thanks for the lightning quick response, Dylan!

I have not noticed it at other endpoints in the home, but haven’t listened to enough Qobus hi-res on those devices to be sure.

The most recent PS Audio Bridge 2 firmware has a glitch which makes buzzes/ loud pops when the tracks complete. I had similar issues with my DSJ and had to roll back to the prior Bridge 2 firmware… JeremyBe at PS Audio can help you with the rollback. That was the best solution for me until the firmware is fixed. You can surf the PS Audio chat boards and find quite a bit of discussion on this.

PS Audio introduced a bug in their recent firmware update causing this behavior to occur. As far as we are aware, their fix at the current moment is to roll back the Network Bridge II firmware to the previous version. You can read more about the issue here

Aloha, For some reason, when using the Bridge II and Roon, I get a loud static burst when I begin to play a track. When I pause the track, at first there’s no loud static burst, but once the Roon signal path indicator goes out, the same loud static...

Robert and John, many thanks for the response. I’ll study that thread and try to roll back the Bridge II firmware tonight.

My current settings for my DSJ are:

This firmware works without issue. You can also check to see if you DS replicates the loud pops when using the DS as a DAC without the bridge. It should not pop using another input.