Since M1 with its insane performance and Apple Minis available for less money than a Nucleus, it is only fit to use such hardware as a roon server. A 256GB SSD is more than enough to host the database even for huge libraries. The music may reside on a Network drive (as this data provision is not really critical for performance. See streaming high res also works seamlessly…). The fan on such a mini will never start doing anything and the box will remain cool - no comparison to a intel based platform. You could put a bar of chocolate on it - it would never melt.

What is more - those minis are not looking that bad and could be placed also where you can see them actually. Adding an intona usb isolator for instance you never worry about noise or so again.

I’d really see no good reason anymore to go for a Nucleus which is not better looking, not cheaper, not more powerful - in short not any better but the contrary.

But… roonlabs managed now to get the Macs out of the way with some “feature” making the server on such a platform permanently “initializing”.

Roonlabs cannot really believe Apple will ever be more willingly to cooperate (e.g. to let roon use Apple Music), if not even the hardware is supported natively.

I’m really happy with the roon software and for that I have a lifetime license. But this is really annoying now.

Ronny maybe you should read some other threads before posting as you will see that @danny has already said that they are testing the M1 native version of Roon.

Roon will never really be a truly native app as it runs on top of DotNet and that has not that long (in the scheme of things) been migrated to M1 native Mac’s. Everyone that bought an M1 Mac before that was only going to get emulation, even if that is very good.

Other than that yes it will make an excellent Roon server, but it’s not like Rock in that never needs to be touched as it has Apple updates, which have broken multiple of my MacBooks in the past (I had to recover my late 2015 MacBook Pro after the last major upgrade and my 2020 Air was made useless by an upgrade and had to be wiped, along with several of my colleagues).

Nucleus is for users that want an appliance and do not want to tinker with a computer ever, from the moment they turn it on and plug in the Ethernet cable. Can a tech savvy friend do this for you, yes, so Nucleus is not really for people like us, but it still has a place.

In a year or two I might well swap my my nicely working Intel NUC 10 (cheaper than a Mac mini) running Rock for an M2 Mac so it can also run HQPlayer as well on the same machine. I think it will be amazing when it is fully working and released and debugged.

Thank you Michael for that info. Must have missed that.

But there is nothing “on the roadmap”. And on the other hand side there is topics on the roadmap for years now. It is a bit hard to follow.

I don’t get the appeal of the Mac mini… In another year there will be plenty of fast arm solutions.

I don’t get the appeal of the Mac mini…

We’ll, perhaps that’s the appeal then

Though, I agree: Rock on a NUC is a great way to go.

Because it is way faster, using much less power. It stays cool and looks nicer, while it is cheaper.

What else? Maybe… because it could be used for other stuff also (could!) and it is rather stable in price. So I could sell it again. But yeah a cheap aluminium box with a NUC, i5 and SSD included and with a tailor made software for it pays off because it warms in winter as class A amps do. But now it is summer.

Lots of requested work and Roon projects on the road map for year’s.
But in this case Danny has confirmed that he has been running it and that it was progressing well.

Agree if you only want Rock and no add-ons, but being able to run HQP and Roon on the same fast machine, I think that is on my future roadmap.

Talking nothing away from Rock on a NUC, been my default setup for 3 and a half year’s and love it, especially in the Akasa fanless case that looks fantastic.

But there is nothing “on the roadmap”.

Well, it’s not exactly the same because of the iOS sandbox. Also many items, such as the private zone stuff, probably would need some effort. I can ask the team to look into it but given that I’m running a beta of native Apple-silicon Roon on my M1, the “native” part is not a good reason for this. [Screen Shot 2022-05-26 at 7.37.14 PM]

In this case, the votes on this topic don’t matter much because this work has been underway regardless of the votes. It’s critical we get there, but it’ll take time. The majority of the world has not become Apple Silicon ready for similar reasons to our own (framework dependencies). We all want it, but platform changes can years. It’s why Rosetta was so critical for Apple in this release. Patience is required, a lot of patience. Luckily, Apple has done a great job to make it easy to be patie…

…That and connect you to apples eco system and all that benefits Apple.

The Mac mini runs MacOS, but MacOS is not the problem, the new hardware is the problem. And the hardware problem has created a software problem, as the hardware is currently depending on a piece of software (a band aid, provided by Apple) to allow older software to run on there hardware. Several other developers are experiencing errors because of decisions and or actions made by Apple.

And with this big mess, Roon software that once played well with Apple is not working well with Apple’s hardware/software band aid combo. But Apple is never at fault, they can do no wrong. (Sarcasm) They don’t care about Roon… Apple does everything right with their hardware and software decisions (well everything that benefits Apple).

Apple made its decision. Now everyone, jump!

I hate that about Apple.

This is completely wrong. The NUC uses a laptop CPU. The M1 in a Mac mini is much more powerful even running an Intel app in emulation…single core or multi core.

…being able to run HQP and Roon on the same fast machine, I think that is on my future roadmap.

That’s exactly what I am doing now. I was running Roon and HQPlayer Embedded on a sonicTransporter i9. The M1 Mac mini has proven to be every bit as powerful and easy to maintain running Roon Server and HQPlayer Desktop.

I think translator is a more accurate word.

The M1 in a Mac mini is much more powerful even running an Intel app in emulation…single core or multi core.

The roon problems are a good example of Rosetta2 translation not working well with an intel app. Maybe it’s not the server app, maybe it’s RAAT, perhaps networking code, Idk… but something obviously doesn’t translate correctly…

So until a native arm app is released, Roon faster on a M1, crash faster too.

Depends who is doing the testing. I’m not really into worrying about this stuff.
Happy to stick with my NUC. 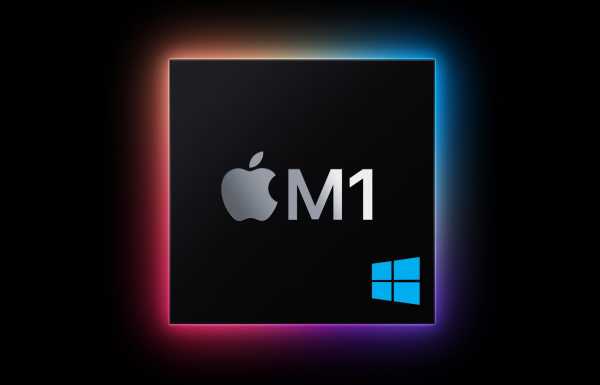 Intel just clapped back with a carefully crafted takedown of Apple's Arm-based M1 chip. Let's review the claims, one by one.

Good read. Thanks for sharing.

This made me think of the Roon M1 problems.

When you pull up stakes and tell all of your developers to yet again rewrite software for yet another new architecture… well, things will break.

That’s exactly my future thinking and with the extra headroom on the M2 it will hopefully be even better.

At the moment I’m very happy with my Rock based NUC, but a man has to have upgrade plans