@Alex_Landrum unfortunately a Fusion drive is still not up there with the SSD in raw performance but it’s better than spinning media. YMMV

What USB noise? Did you hear a hiss, that’s now gone?

If your DAC is asynchronous then the microrendu does exactly nothing. Your perception of improvement in the “USB noise” stems from confirmation bias.

This noise nonsense is like saying that you copied a photo through that same USB interface and the sky in photo became darker, or it exhibited increased chroma noise in darker areas.

Once more: the USB is a bit perfect transport. Timing for your DAC is generated internally. If the cable is so poor that it cannot correctly perform the transfer, then highly audible audio glitches will ensue, instead of some mysterious, strangely never measured noise, or lack of “air and separation”.
There is no USB noise, just as there’s no WiFi noise, no Ethernet noise, no CPU noise.
Any noise you might hear or measure is most likely of an electrical provenance.

For reference: measurements of a well known device claiming USB improvements: http://www.stereophile.com/content/audioquest-jitterbug-usb-noise-filter-measurements#tuoBZxDItVQGTT4b.97
Note how, as expected, there is no measurable difference, but funny enough, the sound is more solid, and the typical “ethereal” character of computer audio is rolled off in favour of the better sound of CD based audio… Oh dear.
A/B testing anyone?

I use the Mutec MC-3+ Smart Clock USB. It has a IEC input so just needs is a good AC line powercord.

I bought the Mutec as I wanted to be able to play 192khz and DSD files into the hegel as it can only accept 96Khz via its USB input. I see that a very knowledgeable person recommends using DCS equipment. I wish! Of course, these are excellent pieces of kit and if I was in a different income bracket I’d have them in my system pronto. But being economically challenged I went for the Microrendu/Mutec route. You are lucky in the USA as you have much more equipment options to choose from and your home-grown gear is much cheaper for you to buy than it is for us Brits.

You obviously have limited listening experience!

And how did you draw that conclusion? I’m all ears!

Thanks Alex!!
That is the exact problem I am trying to solve.
Gotta love the Roon Community

I won’t get into the other ones, but this is absolutely incorrect in my experience.

On my Mac Pro from around 2013, I can hear obvious audible noise using the built in headphone out, when I scroll a web page for example. It occurs in other situations. Ok, so this is the built in output, so it could just be cpu/gpu emi or whatever, but the fact it’s that obvious leads me to believe there may be more subtle noise at play all the time, that’s less obvious to hear because you have no frame of reference.

Whether this noise would carry down a USB cable and affect a DAC at the other end ive no idea.

In terms of topic, I’m perfectly happy with my second hand Mac mini as Roon server. It’s a flexible, decent looking, physically quiet machine that’s adequate for the task in hand. It was an absolute pain to get an SSD in there though!

If you attach a DAC directly to the sonicTransporter you will get very low audio quality compared to something like the microRendu. So we don’t recommend it.

This is our recommended setup for best audio quality.

Choosing the Right Product(s) Based on Your Specific Needs

Question: How do I choose the right Music Server to meet my needs? <<Review Our Music Server Selection Guide>>   Question: I have a stack of CDs and I want to go digital.  How? Recommended Solution: (sonicTransporter AP &...

Try finding a fanless i5 in a 3/4 of an inch think solid aluminium case for cheaper.

Hi Andrew,
I live in LA but was a longtime resident of Phoenix for 20 years before that. I’m still a client of Glen’s and bought my Nagra DAC from him last December. Here’s a basic question: how does the sonicTransporter interface with the Roon software that you use to control the app from a computer or iOS device? With the Mac Mini the computer that acts as the Core/Server must be on the local network. Is it the same with the sonicTransporter?

The sonicTransporter is a server that runs Roon Server. You can control it with an iPad or other device running the Roon app.

Choosing the Right Product(s) Based on Your Specific Needs

Question: How do I choose the right Music Server to meet my needs? <<Review Our Music Server Selection Guide>>   Question: I have a stack of CDs and I want to go digital.  How? Recommended Solution: (sonicTransporter AP &...

In terms of topic, I’m perfectly happy with my second hand Mac mini as Roon server. It’s a flexible, decent looking, physically quiet machine that’s adequate for the task in hand. It was an absolute pain to get an SSD in there though!

One option that I never see discussed here however, is with the 2011 and later Mac Mini’s is the ability to use either an external Thunderbolt or USB 3 [2012+ MM’s] Enclosure connected by Cable to the Mac Mini…and then use that external SSD as your Boot Drive for MacOS and Roon etc…provides the same speeds as an internal SSD…and is a lot easier to fit and use on other machines in the future etc., etc

Worth considering for a lot of users, uncomfortable with manually upgrading existing hardware etc.

Something like the UASP enclosure below is all that’s required…in addition to the SSD that most users try and retrofit inside the the MM…so for an extra cost of £12, it’s a better option for most compared to the time and labour of fitting the SSD inside the MM itself 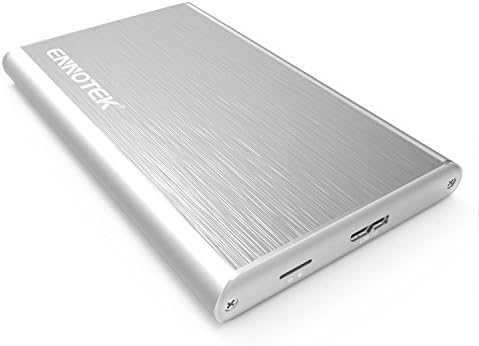 Create an external Hard Drive by connecting a SATA HDD or SSD via a USB 3.0 Port The Ennotek GD25604 hard drive enclosure enabled with UASP allows you to connect an unused 2.5 inch SATA Hard Disk Driv ...

Yeah, this is a good idea.
I should add I needed more disk space, so I recently added a USB caddy (think it’s a USB 2 one) with another SSD in there. Works really well, and prefer it to having music on a NAS (now just use the NAS for backups and power save it most of the time).
I didn’t do this initially because (a) the Mac was directly connected to my DAC at the time and wanted to keep the USB bus free of, er, noise, and (b) I didn’t know how reliable it would be as a boot disk (never tried it). Plus I just wanted to get rid of the spinning disk from the machine.
Wholeheartedly recommend caddies - much less chance of damaging your Mac. I’d never upgraded a mini before and there are some incredibly dinky cables and connectors in there that obviously haven’t been designed to be disconnected and red connected - at least for an adult man with biggish hands - more like a precision robot.

I am wondering sonicTransporter i5/microRendu combo and connecting it to my network. It appears the two devices connect to each other via ethernet cable so I’m wondering how they interface with the network if there’s no onboard wi-fi. Thanks!

Connect the devices to a switch, not to each other…

I am wondering sonicTransporter i5/microRendu combo and connecting it to my network. It appears the two devices connect to each other via ethernet cable so I’m wondering how they interface with the network if there’s no onboard wi-fi. Thanks!

This is a really good HomePlug adapter if you need one. 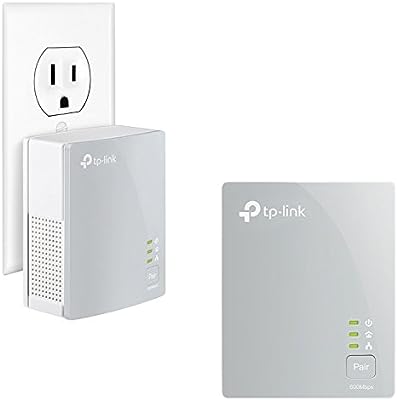 Using advanced Home Plug AV technology, TL-PA4010 KIT provides users with stable, high-speed data transfer rates of up to 600Mbps on a line length of up to 300 meters. With speed of up to 600Mbps, TL- ...

Nevertheless, it was out of line for me to question your price structure.

Hi Peter,
Nowadays there’s lotst of independent Apple service companies that are willing and capable to upgrade your MM with extra RAM and iSSD storage capacity and velocity. If you replace the switch mode power supply by a filter and an external lineair power supply lik the Terradak Mac Mini PS you’ll keep all the advantages of a powerfull fully fledged computer (that’ll do ROON and Audirvana + 3 justice) and allows you to profit from any software improvement that may occur.