The new Marillion album FEAR has three “works” included don’t seem to clump, despite my editing the tags. Has anyone succeeded in getting these to clump? 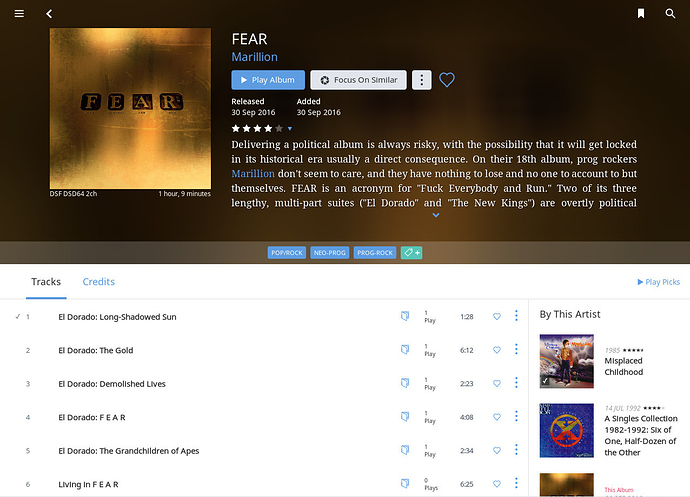 …Strange thing is, if you add the album to the queue the works are listed as a single entry, although unnamed.

Same for me, all independent tracks.

It can be solved via the file tags:

Open the album in a tag editor

Configure Roon to use the file tags 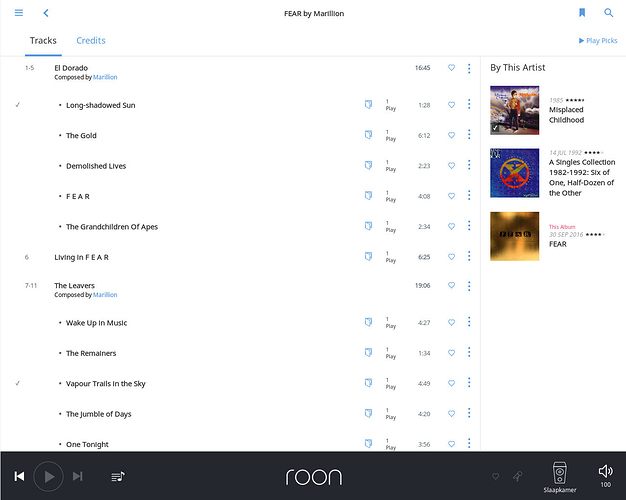 I had tried the colon trick. I think the Composer field may also be needed.

Indeed, you need the colon in the title and set the Composer tag for all tracks that belong to the work.