“especially for the heavy traffic created in a Roon environment, as well as for streaming services such as TIDAL and Qobuz, where the data has been seriously compromised on its journey from the distant servers into the user’s home. The S100 restores the magic of the source stream”

I do believe a carefully engineered switch can make some difference (in fact I have an EtherRegen coming) but… c’mon!

More clothes for the Emporer. You don’t need an audiophile switch to get a well designed one. Cisco make very well designed switches designed to lower noise such as the very respected 2960 range. Can be picked up used for peanuts and can make a difference. £2000 for a switch is just nuts. You can see they have found the cash cow for the paranoid audiofool and will milk them for all their worth.

Your system is just not revealing enough to benefit from such a essential item. Will be the rebuttle.

I am starting to really look forward to early adopters’ reports on the EtherRegen. John Swenson knows a lot and much of it are new insights that many believe don’t exist. Are you in on the first batch?

Are you in on the first batch?

I’m not sure my hearing is revealing enough TBH. Back to the argument, “It’s your money!”

Anything particularly you recommend in the various 2960 ranges?

Any of the 8 port models as they are fanless, I have two types the old blue one WS-C2960-8TC-L Cisco Catalyst which is limited to 100mb/s or WS-C2960CG-8TC-L for gige which I have in my main rig as need the faster ports for other things. Make sure they factory reset it before purchasing 2nd hand. 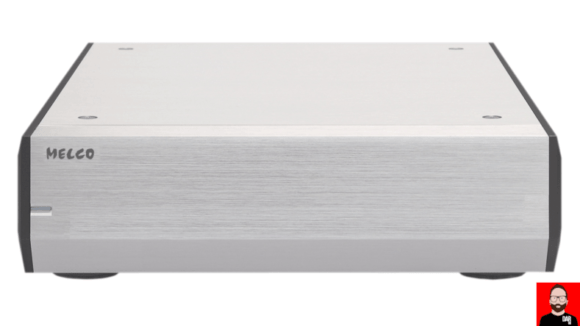 For high-end digital audiophiles (and not your Mom and Dad).

Was that a review or a press release? I’m just glad that I’m not cursed with golden ears and have to live in a “princess and the pea” world. And I trust that the A/B demo touted at the forthcoming UK Hi-Fi Show will be an ABX demo. Perhaps someone will be able to tell us?

Was that a review or a press release?

just a press release. at least this one is explicitly so

I remember the day audiophiles discovererd usb vs spdif and where yelling all over that usb had none of the flaws of spdif and was immune to everything. Years later usb was declared to be about the worst thing ever for audio and had to be “fixed” in many ways. By that time people started to use ethernet which had offcoarse none of the flaws of usb and was immune to everything. Nowadays ethernet is declared about the worst thing ever happened to audio and is in desperate need to be fixed. No further comment

Don’t blame them for sending out an incorrect message. They didn’t.
All the fine nuances were lost on its way to you. That’s what tmiing erorrs and noise do on a local network. Their message just did not come across as intended by the original writer.

Get a proper switch, and you’ll understand.

Kidding aside : I don’t want to take out the fun for anyone interested in this product. Really, enjoy it ! But enjoy responsibly…

Apparently according to Melco IT switches are not concerned with data accuracy. Data not accurate data does not get their. Who writes this bs.

Who writes this bs.

The same marketing pros that sell audiophile-grade NAS boxes for insane $$$. And it works: you can read “reviews” from people that swear to the “night-and-day” sound improvement.

I see they’ve also developed a new format for delivering the word previously spelt as “launch”.

As crazy as the pricing is, if the Cisco 2960 switch makes a difference, which it did in my system, then I’d be willing give this a shot. Nobody’s holding a gun to my head, there’s no harm in developing the product and putting it out there, and if people get comparative value out of it, that’s all good.

I’m looking forward to all the audio switches coming out. It gives me lots to compare of I choose to head down that road.

There’s more info and some shots of the internals on Audio Bacon.
-> That site has come a long ways since it came on the scene just a couple years ago. They have some questionable content sometimes, but overall I like the gear reviews, they’re really up to date, and they deliver the reviews in an easily consumable way.

And that’s still a regurgitated press release, not a review. Not impressed.