Does anyone have experience with the Eero Pro? I’ve been contemplating setting up a mesh network for a while now — partly in preparation for adding a couple of additional Roon zones — and at least on paper, a set of three Eero Pro’s seems like it would be a good solution. I live in a 3-story townhouse, and I want to ensure good gigabit-class WiFi reception on all three floors and also on the patio, if possible.

The time has come to make a purchase, and I’m seeking opinions from Roon users who have at least tried the Eero Pro’s.

Excellent choice, I started out with the 3 pack and it has worked great. I have Music room 1 on ground floor on the east side of my house and Music Room 2 on the west side of the house in the basement about a 65ft apart, the house is L shaped with the leg of the L on the west side of the house, so another 35ft to the north for my stereo equiptment. And I can run DSD128 streaming from Roon with no problems. Before with two Apple Airport Extremes, and could only depend on streaming at up to 48khz. EERO is great. Bonus is that cellphone signal was bad in the basement, now if I lose cellphone signal I can go through Erros WiFi to send and receive calls now.

I have the original Eero, they are now on Gen 2.
I have six of them to cover the house. Raved about it in March 2016.
A wonderful product. Does what it says on the tin.
Maybe the best thing is that it has no settings. No control UI. Means you can’t screw it up.

The ultimate Wi-Fi experience. The Pro systems comes with three eeros. Their built in Ethernet ports and powerful tri-band mesh make this system the perfect solution for work from home professionals, ...

So long as it does what I want it to, I’m happy not to be able to screw it up. I don’t really have any special needs other than good bandwidth all over the property (which isn’t especially huge — ~1,800 sq ft plus the patio). 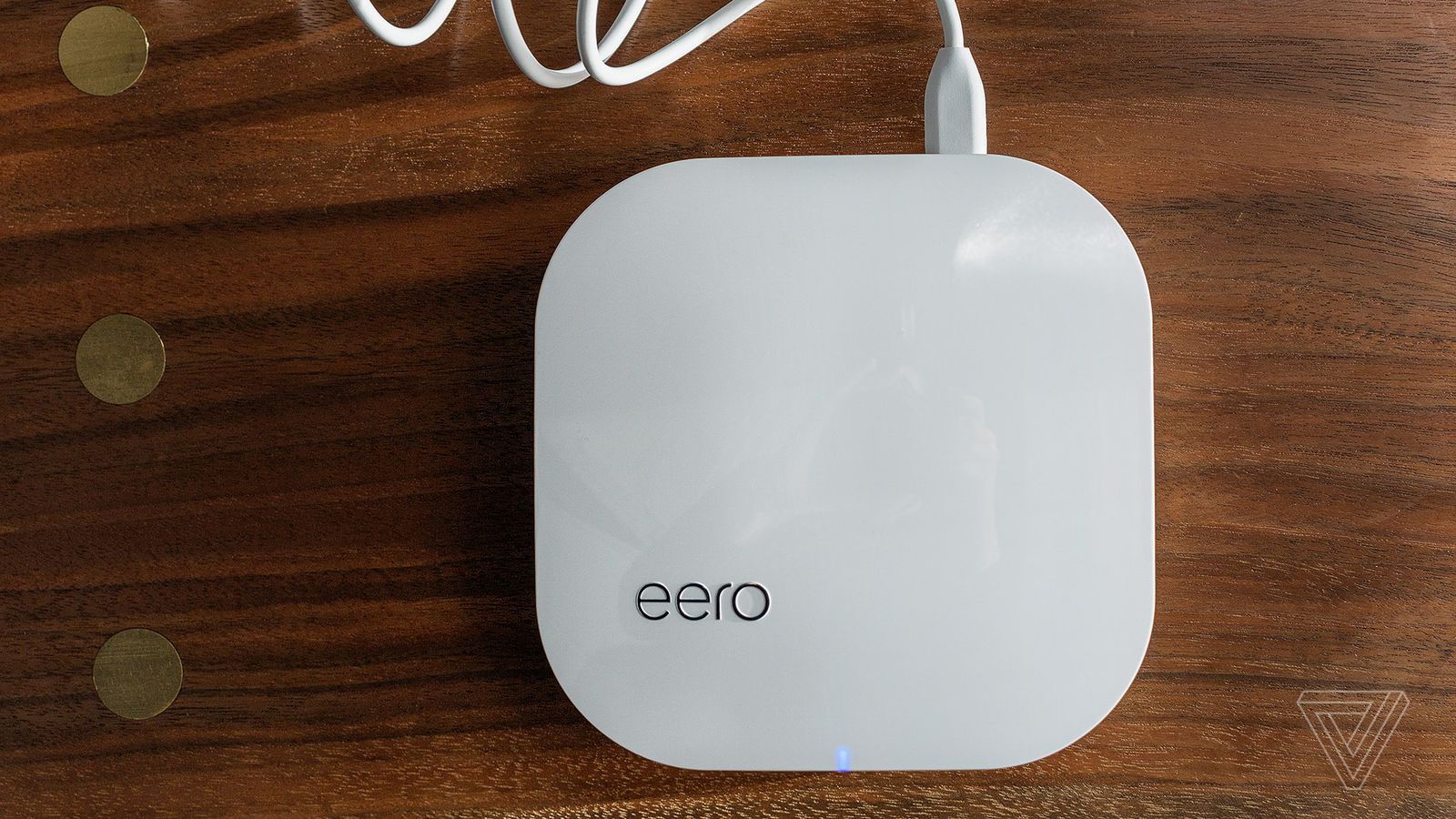 Eero changed how we think about Wi-Fi — and now it wants to make our homes...

Nick Weaver wants to build an ‘operating system for the home,’ but can he get there first?

Ah, I see the brand name now.
Yes, that’s the modern version of what I have. They now have a lower cost version, the Beacon, that lacks Ethernet jacks in the endpoints. I find that I use wired connections in a few locations to support devices like Roon endpoints.

In any case, it works great. (@Danny wrote that he likes it too.)

A bit expensive, but a lot less than what I have spent over the years on gadgets that don’t work.

Yes, the Ethernet jacks are something I need.

Thanks to all who responded. I went ahead and pulled the trigger. I’ll post again after I’ve set up everything. I should have the Eero Pro’s on Tuesday, but I don’t know if I’ll have everything I need for my two new Roon zones by then.

I can’t comment on Eero specifically, but I have the Google Wifi mesh. A set of 3 just like Eero. We live in Ft. Lauderdale with an “L” shaped house with reinforced concrete exterior walls. With the mesh wifi we get excellent signal and bandwidth over our entire property from pool to curb. I have never had a better wifi experience. As far as Roon is concerned, it works GREAT. Mesh wifi is the way to go, based on my experience.

Hi David, I am a first gen Eero user. I initially purchased a three pak, add added a fourth eero unit. I also use eero plus, which is firmware oriented firewall managed by eero. I have had my setup for around a year. The mesh really works well. You can go straight wifi, as well as using the mesh units as access points. You can check and see how well a particular device is communicating with the network, and respective signal strength for each mesh unit, and wifi connected device. 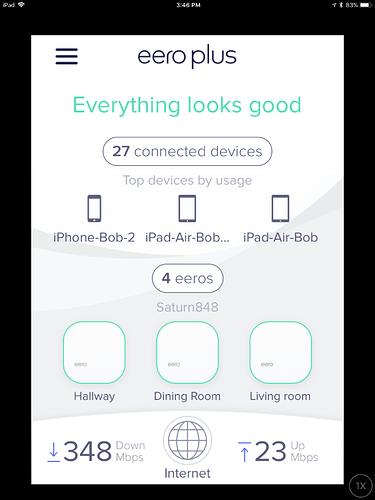 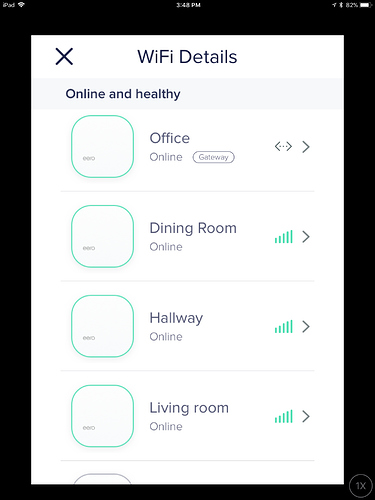 Mesh device placement is aided by the signal strength displayed. As long as they are within about 40 feet of each other, each pod should communicate with the other effectively. I run my main “gateway” pod (office) out through a switch, and is hard wired across the house to my media center. Other pods handle wifi duties. One pod is used as an access point to non-wifi based (ethernet only) equipment. Setup is relatively straightforward.

@BLH - you are liking Google? Why that over Eero, mainly price?

For six months, I used a pair of Google WiFi routers. After, I tried Netgear Orbi for two weeks. Linksys Velop was my next router for seven months. Now, I’m rocking the second generation Eero in my house. Let's compare four mesh systems (Eero vs....

Interesting blog, but all said, one reviewers opinion. The eero plus feature ($99/year) is a real bonus for me. Most viruses and malware items don’t break in, they are invited in. You end up clicking on a bad link, and unwittingly allow a virus or spyware into your computer. Eero plus acts as a firmware firewall preventing access to bad links.

The negatives listed on the eero don’t register with me.

In the end, when I bought earlier this year, the Google was a bit newer then the Eero and had similar pricing. I just thought that Google would be around for a long time. Also, Google wifi had great reviews. I’m not sure you can go wrong with either choice. As for virus protection, it isn’t much of a consideration for me. I use Apple vice Microsoft and so the threat is less, and virus protection is only as good as the updates.

Again in the end it’s the mesh concept vice the manufacturer that’s important and useful. If you like Eero, buy it, I’ll bet you’ll be happy. None are perfect, but it’s always like that. Hifi is full of imperfection, and we audiophiles can love what others see as imperfect. I’m very happy with my choice.

The down side of the Google is only 1 ethernet port, but I manage with a small ethernet switch. Oh! one important thing, my speed is BLAZING fast. It may not be the Google wifi, but I’m loving it!

Check out the Orbi system. More robust and flexible than Eero, and no creepy cloud reliance. I have 3 in a 2000 sqf house and have wired speeds everywhere. I run Roon upsampling to DSD 64 and have never heard a glitch.

Which model Orbi setup do you have?

I have used both Gen 1 and upgraded to Gen 2 upon release. Well worth the investment and works flawlessly with Roon as well as everything else in the house.

I use two Orbi devices in a 3500 sqft home and have no problems with Roon feeding three different rooms at the same time with hi-res files. Netgear is flaky on its upgrades and there was a firmware upgrade a few months ago that actually slowed everything down to a crawl. But everything is back on track now. Not ever going back to wifi-as-it-used-to-be.

I have Google Wifi but for my Roon endpoints and my Roku streamer I use a wired connection via power line adapters (TP Link ).

Another review. I am leaning towards Eero or Google.

The Best Wi-Fi Mesh-Networking Kits for Most People

I used Orbi for about 3 months. I was very happy at first. Great speed, great reach around my old 4800 sq ft house, and well out into the yard. My new BluOS Mini and BluOS Flex worked flawlessly at first, but then I started having dropouts. Then they would lose connection completely. After quite a bit of trouble shooting, I realized that lots of others had similar issues with the Orbi system. Dropouts for just a second that you wouldn’t even notice while surfing the web on your computer or tablet, but cause havok if you’re streaming music.

I hooked up 3 Eeros, second gen, about 2 weeks ago. So far so good. Very strong connection. All corners of the house covered. Might not reach quite as far outside as the Orbi, but that’s not a deal breaker. I still worry that I might have issues in future, but I don’t see the forums filled with frustrated customers like I do with the Orbi.