MetaData muddle - those of a sensitive metadata disposition look away now

I digitised my 12" singles over twenty years ago when metadata didn’t mean as much as it does now.
When they play I half want to fix them and half love the mess they are in - some internal data and some inherited or inferred by roon from them being in jumbled folders.
As an example
Actual Track Rappers Delight - Sugarhill Gang
Group Picture Spandau Ballet
Album Cover Soft Cell 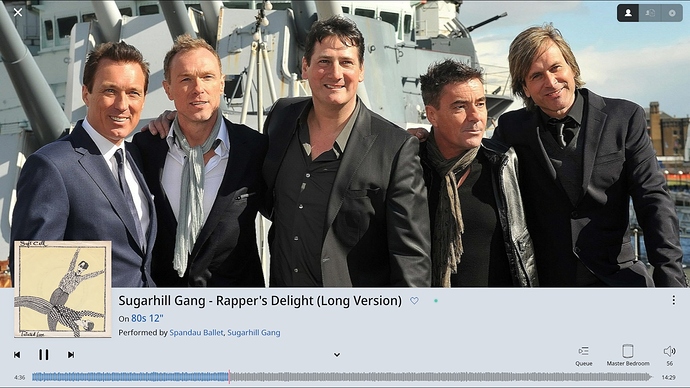 Oh boy … what a combination…

I shifted it into Support/Metadata, then I read more carefully and shifted it back here again. This isn’t a complaint, it’s a celebration !

It is indeed. I put it where the metadata aesthetes wouldn’t come across it easily.

They are are all corralled in a playlist and are now being allowed out to roam as part of the household dance to keep fit initiative.

I do think of this when the roon team are being beaten up for metadata mistakes at the macro and micro levels. I should use it as an example to show some of us really don’t care

hahaha! That’s wonderful! …or not…

Sorry, but my OCD would never let me get away with such a mess!

I had a problem at one point in that all new albums added ended up with the wrong album art. It was quite disconcerting to have one song playing to the album art of another.
They rolled out a fix but to get it right I would have had to go in and fix them one by one. As I can’t be arsed I still have some dissonance. But it doesn’t really bother me.
I can’t even be bothered with split album stuff I have loads of these.