My MacBook Pro needs more rebooting than my Windows 10 PC

There it is again: that Microsoft indoctrination

I never reboot mine, and I use it all day every day. Last post from me on this, and my apologies. Enjoy the music and Roon.

You are lucky. My MacBook Pro goes into permafreeze almost every day I turn it on, forcing me to reboot it. It has zero to do with Microsoft, absolutely ZERO.

I set my mini to shut down at midnight and come on at 06.00 so it does it’s rebooting while I’m in bed. Dunno if you can do the same with the MacBook.

The problem is it freezes. A schedule reboot would not prevent this.

Actually moved back to Windows for the first time in about 12 years, and got to say I am currently happy with my decision. Apple do do not give a Sh1t about the poor quality of these machines, so no more money from me.

I have run every Windows incarnation from 3.1 , even Millenium, with the same indoctrination. My only Apple PC was an Apple ][ which I used to program Pascal, it gobbled floppies for breakfast and dinner , totally unreliable

Each to his own , sent from my iPad

Ah the days of cutting a notch in 5.25 inch floppies so you could use the back side!

Nostalgia ain’t what it used to be

I always coveted the Apple 10 Mb Winchester Hard Drive , it the same size as the PC 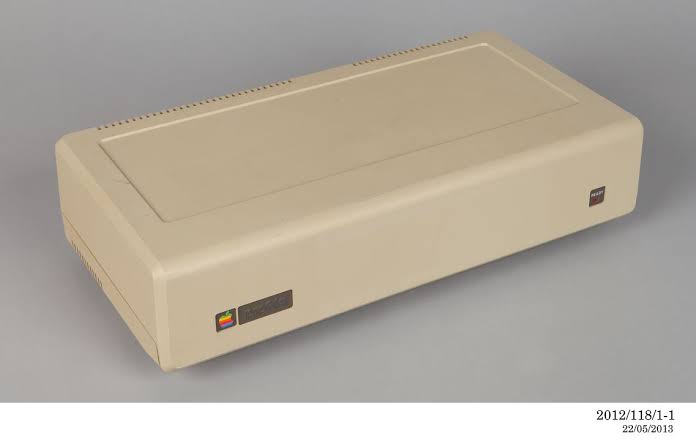 I really coveted having dual drives. So I bought this second, after-market one that sounded a lot like a small jackhammer. I remember coding a disk-copy program that copied sector by sector and took at least 24 hours to completely copy a floppy.

As a point of reference, I used MacBook pros at work for over ten years, and, essentially, never rebooted them other than for OS upgrades. I currently use a 2017 MacBook pro at home, and have zero stability issues. I always keep these systems on the latest vrevs of the latest os’s.

I have no experience with modern PC’s. My last heavily used PC was NT (yes, I have mostly gray hair), which I also found very stable.

I have had the good fortune of +35 years developing high-availability software for a large range of operating systems, including Mac (in all its nominative confusion), Linux and Windows. None has anything to say over the other in terms of stability. Failures have almost always been due to faulty drivers and other foreign elements, if you will, regardless of OS. Like everybody else’s experience, this is purely anecdotal and bears no statistical merit. But, when that is said, I still count my computers in the thousands and don’t really recognise any of the stories I hear; from either camp.

Roughly start-to-mid 90s, there was a shift from solidifying software in-house to tempting users with novel features and successfully pushing the testing burden onto users. This has certainly improved progress as a whole but at the cost of robustness in general. This is the cause, in my opinion. Not operating system vendors and their respective perceived awesomeness or lack thereof.

I think it is human nature to choose a side and stick to it. Even if, current reality is different from the factors that influenced the original side picking. For example, years ago I had major headaches due to a bad batch of Seagate hard drives. Stopped using them ever since. Even though, I know that all that is ancient history and that my current brand of choice has also had batch issues, I still can’t shake the old memories.

I did however, revisit the IronWolf drives when evaluating drives for a NAS last year.

I find myself tripping on confirmation bias on a daily basis.

Putting that aside, the Detroit Pistons are CLEARLY the best team in the NBA. Or was that it again . . . ?

No objective way to know.

Roughly start-to-mid 90s, there was a shift from solidifying software in-house to tempting users with novel features and successfully pushing the testing burden onto users

Thanks for starting this post. I own a 2015 MacBook Air and have noticed the same thing since the last operating system upgrade. I have been passively assuming that Apple would soon fix it or more cynically suspecting that they were doing this because I had an older machine as a way to force an upgrade. Now I’m going to write to Apple and let them know that others are having the same problem. Daily freezes are just not acceptable and not what I have come to expect from Apple.

Roon wants updating just about every time I use it

Having used macs and MacOS heavily for the last 20 years for work, they really are not better than Windows. I still prefer to use my Linux workstation over both of them as I have to use this for work as well.

Macs are ok for light tasks but as soon as you start to tax them they don’t perform well and I have had more kernel panics with them then than anything else. Graphical heavy apps I have to use don’t really run well since they moved from Nvidia cards. My last 2015 MacBook was pretty useless with Mojave, upgraded it to BigSur and that was the end of it’s useful life. The M1 I just got is fast but again not without issues 2nd monitor drops off for no reason , so does all the usb add ones, tried 3 adaptors still happens. Having to use so many dongles is just so bad as well one of the many stupid Apple designs of form over function.

All computers have their ups and downs and Macs are no different. I use all 3 OS types pretty much every day, and for personal use I would never buy a Mac they are just too expensive for what they are and don’t seem to be any better than anything else, they look nice I’ll give you that but for simple home use I would not spend that much on a laptop, thankfully I get mine via work.:).

Macs are ok for light tasks but as soon as you start to tax them they don’t perform well and I have had more kernel panics with them then than anything else.

Back in the window 7 days (and through 8/8.1 and early 10) they were vastly better for professional audio work and I think media work in general; the OS had better features and the performance and hardware utilization was better. Since then however, while OSX has bloated and seems to have become notably less efficient, windows seems to have done the opposite and become more efficient to thew point now where I now think the windows vs osx on the same hardware position has reversed. It does still have better features however for audio and midi.

I have to admit, I have always found them awful for gaming, but to be fair, how many games are written for OSX first rather than being a bad port to OSX? Even ports to PC from a console can be awful as well.

Comparisons in the future will of course become impossible now that apple are moving to custom ARM silicon which is a shame. The fact that I could run windows and OSX on the same apple hardware was once of the reasons I took a risk and got a high end mac book pro back in 2011 instead of a high end PC laptop (I needed it for audio work but it needed to also be a decent windows machine for software development too at the time). At the time, it was actually a very good laptop for windows too. Now with apple’s on custom hardware, I cannot see myself buying another mac unless I am forced into getting one for developing OSX and iOS software.

The are aspects of OSX that I like, but a lot that I dislike as well - really not a fan of the menu bar, especially on multi-monitor setup - makes me think of the very early GUIs from the late 80s/early 90s

By definition, very few, if any Microsoft users are ever indoctrinated, as we all are very critical of their product. But, alas, it’s better than other offers, enough so that we put up with the negatives.

By definition, very few, if any Microsoft users are ever indoctrinated