Using Roon 1.2 (build 165) both as server (Linux) and for user interface (Mac), I went to the Internet Radio Stations page to add this link for WKCR:

After I entered the stream URL in the first popup, it was apparently deemed an acceptable stream URL because I got to the second (further information about the station) popup. I finished editing info in that second popup and submitted it.

There was no error message, but WKCR was not visible the Internet Radio Stations list.

I stopped end restarted the instance of Roon I’d been interacting with for the user interface, went to the Internet Radio Stations list, and then both entries for WKCR were there.

I can’t seem to reproduce the issue. However, I’m using Roon Server on my Mac Mini. I tried with the iPad and iMac as remotes and both worked fine.

It could be Roon Server on Linux that’s the issue.

Can any Linux Roon Server users please try and reproduce? 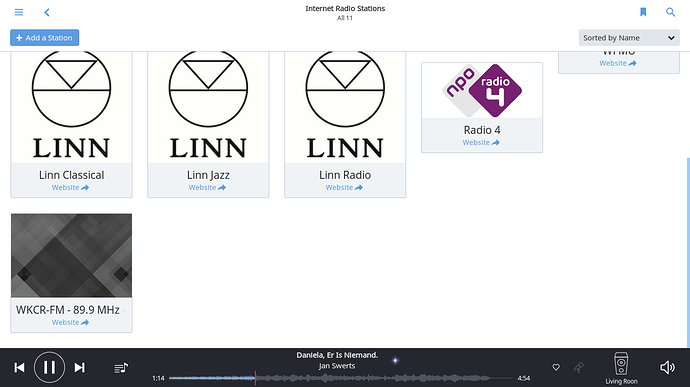 It turns out that I, too, am unable to reproduce this using the exact same setup (except that my Roon instance on the Mac had been restarted recently).

The Roon UI instance had been running and used actively for a day or two before I tried the station add and saw the oddity which prompted this bug report.

So it’s one of those bugs.

Ha, yeah I think those type of bugs drive the developers nuts. Anyway, keep an eye out and report back if it occurs again.

Had the same problems this morning (core iMac, client iPad Air 2 - both OS up to date). I added two stations & neither appeared after saving. After restarting the app much later they appeared.
Just went to play an alternative station and got the following. The screen is “frozen” i.e. Add station button appears to work but no way to exit the screen, other than killing the app. 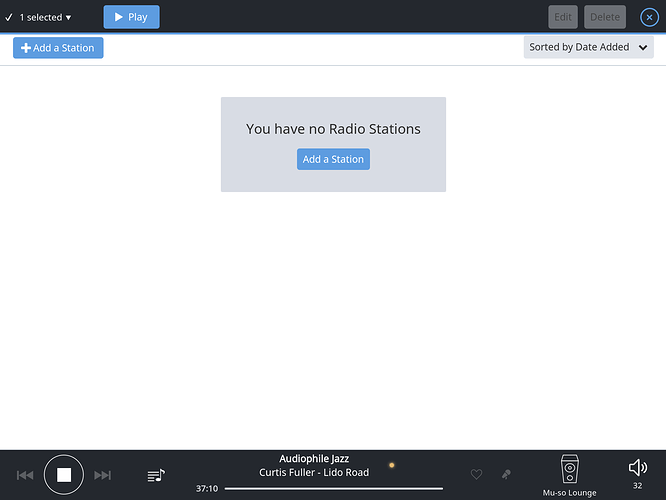