The total number of tracks is different.
No, they were not defective files.
What is meant by saying the library has been cleaned?
There are no duplicate entries.
Thank you

Sometimes on Tidal or Qobuz albums were given a heart and then you didn’t want it in your library forever after all.

I do not use Tidal and Qobuz. All are local files.
But why when the iMac is used as the core the folders appear while in Roon Rock not?

Do you have an example deeper to the artist discography with concrete album then versions with file path as screenshot?

I meant the depth view in Roon which leads via Artists - Albums - Versions to the file path. There would be the control what is missing to the image above.

What can I do to improve my metadata matches? Metadata

I’ll continue where Danny left off. There are two phases involved in getting metadata for your files. The files are first grouped into clumps that have a high likelihood of being a complete album. Then we use the filenames, tags, and track lengths to identify each of the clumps. Your question pertains mostly to the clumping phase, as identification results will vary as a consequence of how the files are clumped. For example, if you have the Pink Floyd Discovery box set, which is just composed o…

The path is the same in both cases. Simply in Rock the folder does not appear anywhere.

I see a red dot is that a

for the new core?

The red dot is my mark. The folder is unlocked. 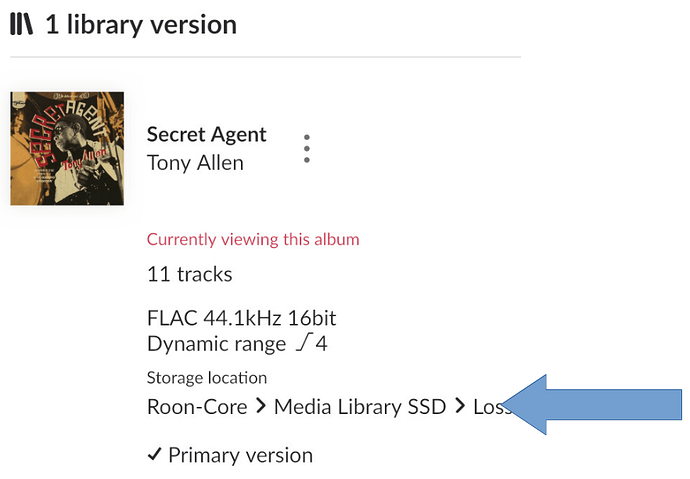 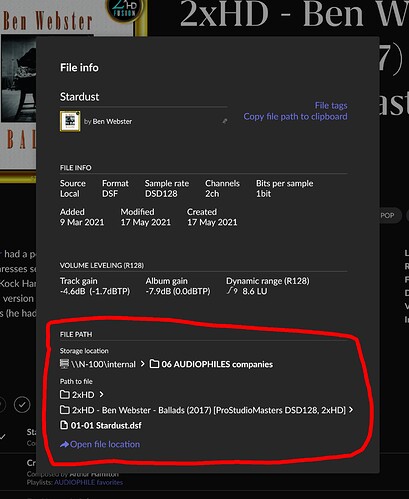 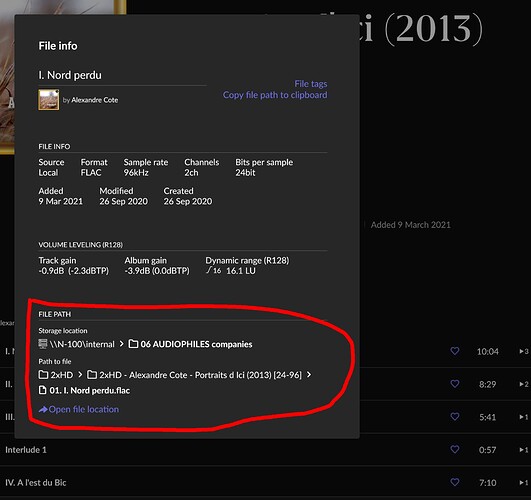 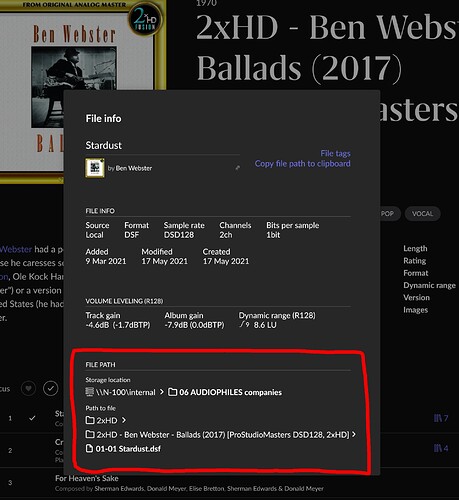 Have You Read this?

FAQ: Some characters are not displaying properly

File Tag Encoding and Display Issues If some characters are not displaying properly in Roon, it's possible your file tags are using an outdated encoding scheme, and need to be encoded in Unicode/utf8.   Example of tags that do not use...

Yes I have read it. No folder has a “special” character.

this ist diffenent without ’ between d lci

On the iMac this disc appears and plays normally.
I think something is wrong with rock. I have other small problems that I will mention in a future post.

Different OS have different exceptions in accepted text. You can always try removing the ’ and see if it makes a difference.

It’s something I can not understand and explain.
I transferred the files from the Melco N100 that were stored on the iMac to a new folder, Roon Rock read and play them normally.

I don’t follow. Isn’t the Melco N100 a music library device? Is it the file system used by the Melco that got in the way?

Read this with automatic translation