I’m listening to Mirihban Aviral, sounds great but there is only one album “Her Dem”
I know Qobuz has several more of her works. Why are they not listed here with Roon?

Qobuz has exactly two for me, here in Germany.

It seems, that “Her Dem” primary artist is identified as both artists’ names combined into one name, see screenshot 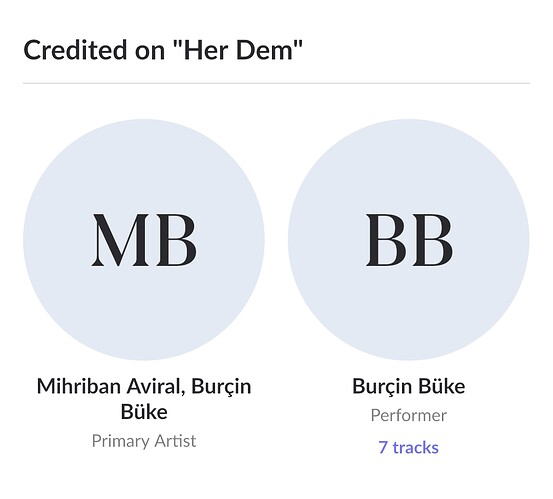 EDIT:
… and searching for her, I only get 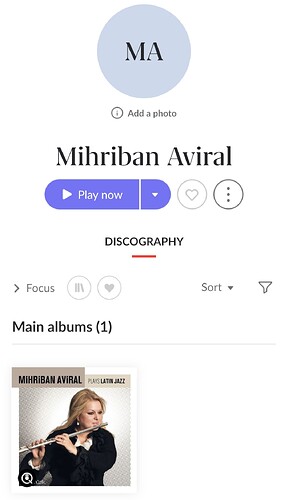 I get a bit more in Roon search, also in Germany: 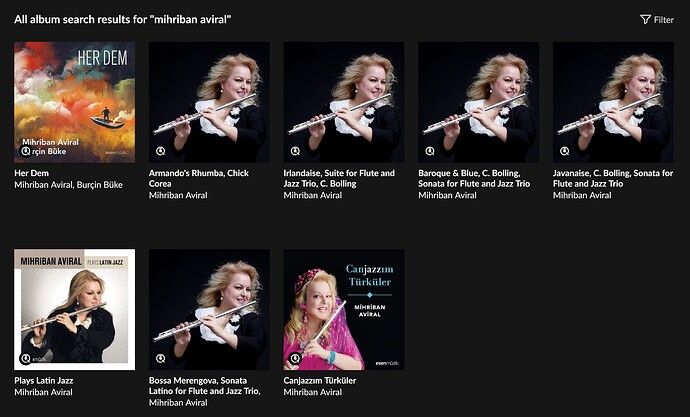 However, under her Artist name in Discography I also only get the Latin Jazz main album, because Her Dem simply has incorrect artist credits as you showed, with two names merged into one, and hence this appears as a separate artist. This can be fixed with some editing in Roon.

These albums, EPs, and singles are all that exists in the Qobuz app in Germany, so no difference to Roon.

I don’t know where @Marc_Winokur is and if Qobuz in his location has more, but note, Marc, that you wrote

but here name is Mihriban. Roon search fails with misspellings (an open wound and being much discussed regarding necessary search improvements)