So I’m running a Roon client on Windows 11 (the core is on a Synology Ds220+ running DSM 7). All of a sudden, I’m missing some scrollbars. I have scrollbars on the home screen and my album screen etc. However, when I open up an album, there are no scrollbars to scroll through the tracks (although I can pace up and down). And if I try to edit an album, there are no scrollbars AND page down doesn’t work (either on the edit screen or subscreens (see screenshots below). Any ideas? It worked before. Now it’s just impossible to identify a new album (or delete an album for that matter. All of the other apps on the machine have normal scrollbars. 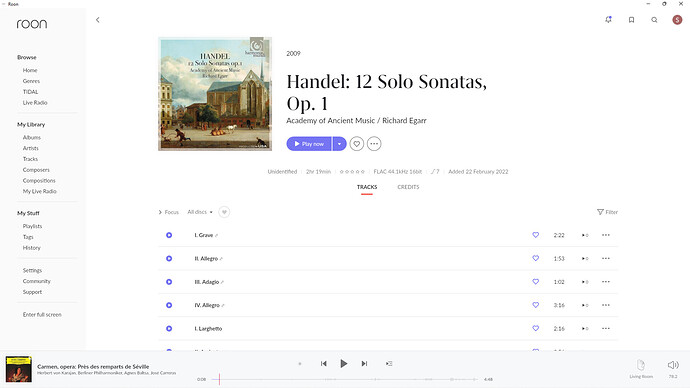 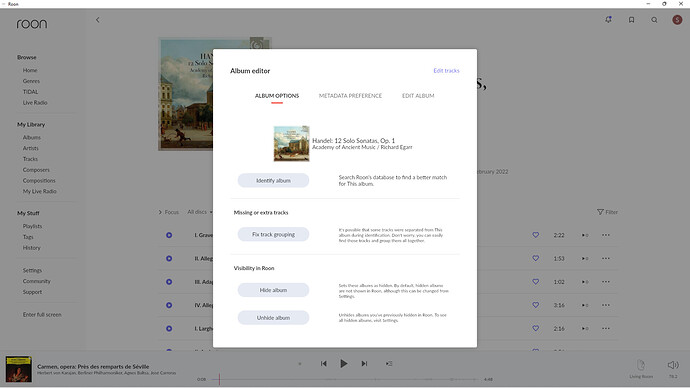 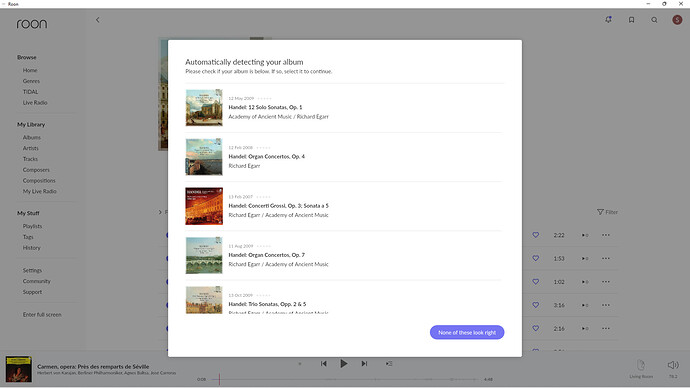 I just either roll the wheel or click and drag, no need for scroll bars. (windows10 in my case) I also do not see scroll bars in those screens you mentioned.

There are no scroll bars on those screens using Windows.

So how do you scroll down?

I drag with two fingers on touch pad or use touch screen. You could probably use up and down arrows if you need to.

Okay got it. Thanks. t’s probably because the touchscreen stopped working on my laptop which I used previously.

General comment. A screen you need to scroll with no scrollbars is a dumb idea. That comment is for you, Roon.

You can replace that. I just replaced the keyboard on my Dell XPS 15. Something like 61 screws that are so small you almost can’t see them.

Funnily enough I bought an XPS 17 to replace the laptop with the touchscreen problem a couple of weeks ago (it’s a few years old anyway). But I had to return it because of problems with the graphics drivers - corrupted screens with noise and big vertical black bars. Couldn’t fix it and neither could the place that sold it to me. Got a replacement and exactly the same issue. I feel fated.

You can use the mouse to drag it too. Just click, hold and drag. Sort of like a swipe on a touchscreen