Out of curiosity why is that? Ranting pollutes but you can’t call it out?

The Forum Guidelines set out the relevant standards. This post describes how those standards are applied.

“Incessant ranting” is a subjective opinion about another user’s opinions. If the other user doesn’t breach the guidelines then their opinion is not “polluting” for the purposes of moderation. It’s just a firm opinion that others might not agree with that has been repeated more often than people might wish.

Referring to others as engaging in “incessant ranting” is disparaging, which is against the guidelines. Doing so by reference to an unidentified group rather than individuals does not avoid the breach. The admins have asked mods to watch for borderline posts that are likely to draw an infringing response.

“Incessant ranting” is a subjective opinion

Referring to others as engaging in “incessant ranting” is disparaging

Disagree, that’s your opinion, I would say it was stating facts.

not “polluting” for the purposes of moderation.

Your opinion, it clearly has and has contributed to an antagonistic trend on this forum

Keeping within the guidelines is very simple

And open to abuse…

Language & guidelines, those will never be a 100% objective. Don’t you agree that we are better off with the moderators than without?

Great, you got my point.

Everything is in the eye (or ear) of the beholder.

Based on those “guideline” we are free to open 500 threads for all the various gear we don’t own and crap all over it. Since we don’t choose to own it that means it must either sound poor, unattractive in industrial design or too expensive. If the owners of that gear is offended we can just incessantly repeat our mantra that we are right.

incessantly repeat our mantra that we are right.

and anybody pointing it out gets banned

and anybody pointing it out gets banned

You must be thinking of another forum.

I’ve only seen one person banned and i don’t think it was because he complained about the mods.

I like to think I’m fairly restrained, but I’ve had the Mods tap me on the shoulder a time or two and ask me to modify my post. In retrospect, I was emotional and respect they did their job. I’ve similarly asked the Mods to address a couple issues (like Spam and personal attacks) and they followed up. I doubt you’d get banned from an occasional lashing out. We’re human.
But ultimately, Trolls get fed by the responses they evoke. Ignore them and they shrivel up in their boots. I’ve learned to avoid the MQA thread (life is too short), but from what I saw, its a circular firing squad. A LOT of people seem to be getting energy from it. Hard to pity anyone involved in that hot mess.

It’s kind of about free speech. There’s no doubt that there’s a group of people who dedicate time virtually everyday to pursue a campaign about MQA. They use this forum now and regularly repeat the same arguments (there are only so many). This is “political” and nothing to do with hi-fi beyond the points already made.

In calling this out, very very innocent posts get moderated- no free speech. This is very frustrating as the group have read the rules and simply use the forum and a soapbox. That’s isn’t what the forum is for. Turns out it is, and anyone complaining about it, and the negativity it brings and spreads gets “censored” (lets give it it’s true name).

I’ve asked why innocent comments have been removed and I’ve had no response, this doesn’t set well with me.

Actually, I’m just about to cancel my subscription to Roon for this very reason, so yes, angry and walking. I carry some important principles, fairness, freedom, helps me get along in life. I tend not to tolerate unfairness and lack of freedom, I call it out.

I’ve asked why innocent comments have been removed and I’ve had no response,

You have had a response. You even replied to it.

Message 21 May (Mike), no response. I understand your hostility though.

Also as a 61 year old father with reasonable life experience, being to I am “not able to control myself” is a little insulting and quite rude. A little disrespectful in my view.

It’s kind of about free speech.

I don’t understand the free speech argument. In my country, free speech in certain contexts is a constitutionally protected freedom. I like that. But this is a forum operated by a commercial, for-profit entity. There is no guarantee of free speech in this context. The private entity can do whatever they want. They can ban me because they don’t like my first name, or for any other reason. Obviously, the only power we as customers have (and it is a strong power) is to not do business with the commercial enterprise.

This said, I find this forum to have an extremely light tough with moderation. I’ve had posts “moderated” and removed, but in my case it was because they were completely off-topic and the moderators were removing lots of things that had gone so far off topic as to make the thread confusing.

I find this forum to have an extremely light [touch] with moderation. I’ve had posts “moderated” and removed, but in my case …

Completely agree. I’ve had posts moderated too; not once did I think I was being singled out or censored.

Banging on about the same old thing is hardly ranting and doesn’t result in moderation; breaching the guidelines does!

And while we’re on the topic of moderation, it’s easy to forget that the mods are volunteers and part of the community too. I think they do a fantastic job!

An amazing job. Especially given the hardware that roon insists they buy 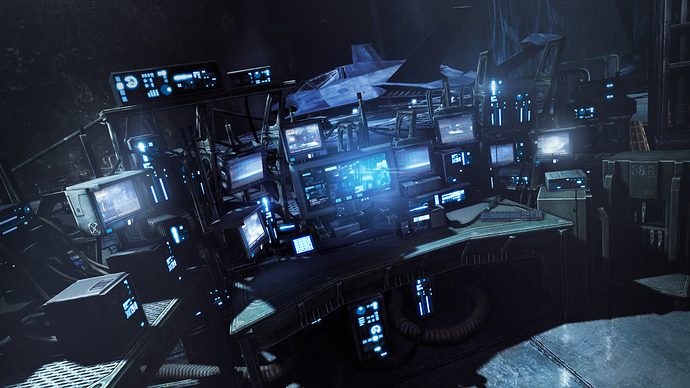 The private entity can do whatever they want

Free speech, basic human right, not to be taken away by anyone, commercial or otherwise. Call me old fashioned.

Censorship isn’t to be encouraged. If rude or offensive perhaps. Light touch? “So MQA sounds good then, all the rest is talk”, why would that be removed? Is that light touch?

Banging on about the same old thing is hardly ranting

That depends what you understand by the term, lots of the anti MQA stuff is ranting (having checked the dictionary)