I get this strange behavoir that I can not understand, but only with Warner mqa files streamed from Tidal.
When streamed to Mytek Brookly Bridge I get 16/44,1, but when connected to RME I get 24/88,2. But Mytek works correct when I play slme other mqa files.

I am attaching 4 photos: 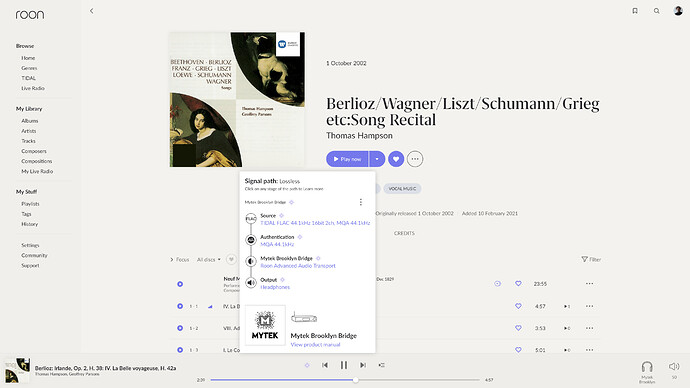 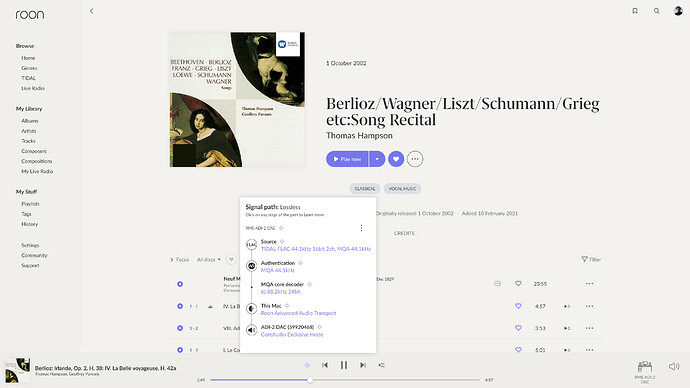 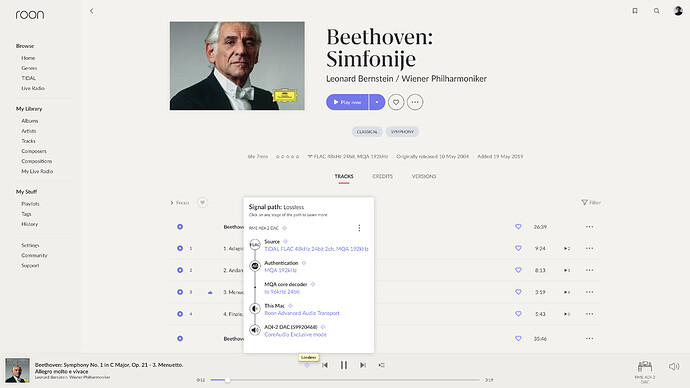 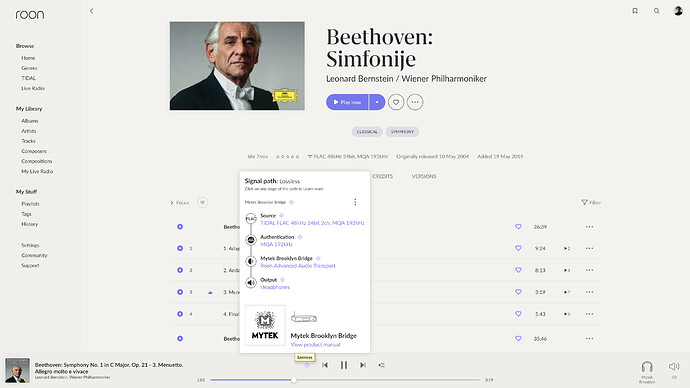 Compare the first and second picture. Why the difference? With Rme i get first unfolding, with Mytek none. The nest pictures are there to show to the settings are correct.

The “problem” you see is that Roon upconverts MQA 44.1kHz and probably 48kHz “authenticated” files to 88.2kHz or 96kHz when you use No MQA Support selected for your DAC. The upconversion to 88.2kHz with your RME DAC is not the original file’s format, though a simple conversion to double the bitrate and sample rate are generally not considered to be destructive or beneficial to the sound quality.

Thanx, I understand it know. Basically these files are mqa files which unfold to 16/44.1. But with DAc which is not MQA compatibile Roon does the “unfold”, which is actually not “unfold”.