I have been trying the new upsampling features in Roon. In my set-up I am running a Windows 10 PC, Ethernet to a microRendu, USB to a Mutec MC3+USB. If I set the mR’s RoonReady settings to DoP, then I can send DSD64 to the Mutec, this sends PCM 176.4 to the DAC (a Devialet in my case), everything appears to be as it should be.

If I set the mR’s RoonReady settings to native DSD, I get no sound and loose the pull down menu options in Roon to upsample to DSD. Am I doing something wrong? Or is it a simple case that the Mutec will only accept DoP? I have now tried almost everything I can think of, and it simply does not work. Can it be done?

A second question, when running successfully using DoP, I cannot find anyway to set Roon above DSD64, there is no option in the menus for DSD128 for example. Am I missing something? I have also posted this query in the Mutec thread on CA, the issue could be with Roon, the mR or the Mutec. Maybe this simply can’t be done and there is no issue? Any ideas?

No idea about native DSD on the Mutec, but does the microrendu see the Mutec or the Devialet as it’s output device? If the Devialet then it’s DSD64 max so Roon won’t give you the option.

It should show as ‘DSD64’ in the Devialet display. Just tested with mine and this is what I see (I don’t usually use DSD).

I believe Roon can go to DSD256 at the moment, provided it’s supported downstream. 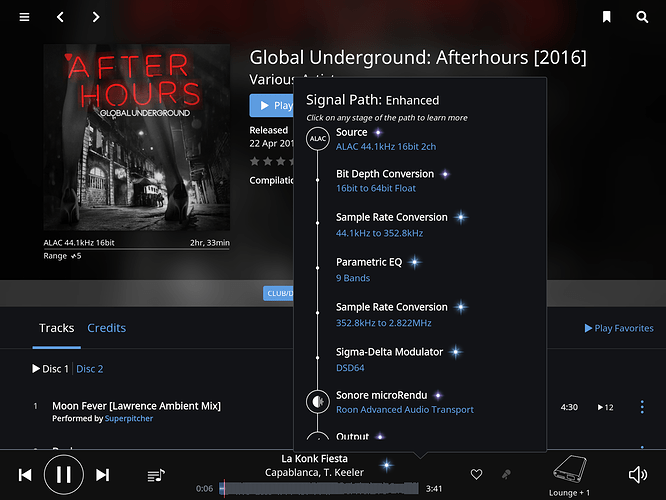 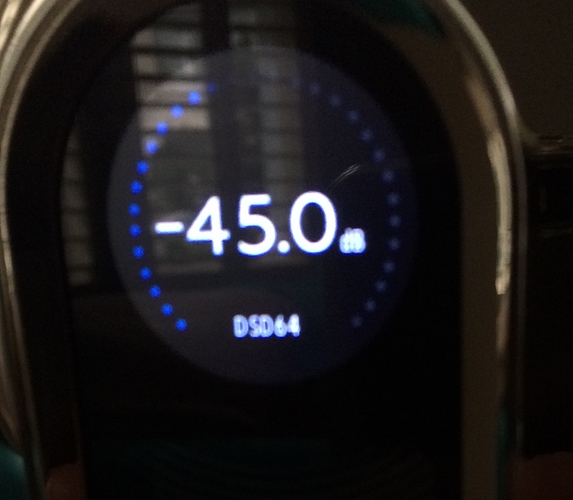 When you send it native DSD, what do the Clock In LEDs mentioned on p.22 of the manual show ?

If I set the mR to native DSD, I loose the option to even select DSD in Roon, see example: 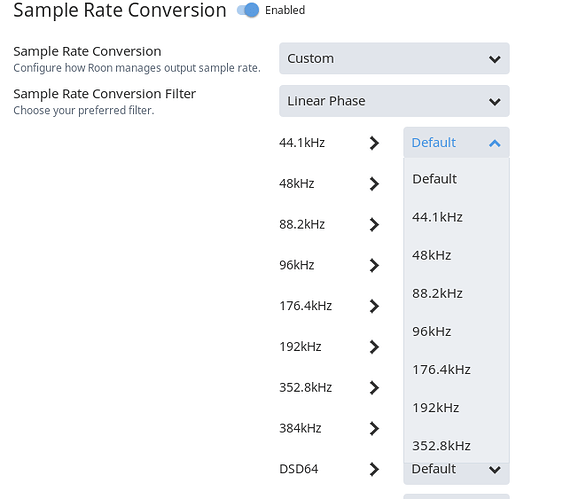 Thanks Brian,
I’ve extracted this into its own Support thread so the support devs can pick it up. The combined endpoints of mR and Mutech don’t seem to be reporting the Mutech’s full capabilities to Roon.

However, if I set the mR to accept native DSD, nothing works

This is because there isn’t a native DSD patch available for the Mutec MC3 on Linux.

The project that manages this stuff is here. Native DSD on Linux is unfortunately kind of hit or miss, as it requires devices to be supported one at a time via kernel patches. Sonore is pretty good about keeping their stuff up to date, but if the patch doesn’t exist, it doesn’t exist.

So, when you flip on native mode on the mR with a DAC that can’t do Native DSD on Linux, you don’t end up with supported DSD options. DoP mode might be your best bet.

Brian, thanks for clarifying this issue. I did have some suspicions that this issue may be something to do with how the mR or Mutec were reporting back to Roon, however, it is now clear that actually everything is working perfectly in terms of communication between devices, it is just a little bit of functionality that does not yet exist in the mR. Either way, it is good to get the facts clear, this stops me getting frustrated and wasting time trying to find a fix.

I agree regarding Sonore. I do have some sympathy with the developers of products like the mR, where every user expects their product to work flawlessly with their particular computer set-up and their particular DAC (or re-clocker, or whatever), this is an incredibly complicated area. But I see this as a positive of the mR, it does pretty much work with everything, and where there are issues the Sonore guys set a very high standard both with technical ability and the willingness to communicate on forums. One of the big positives of the company and products. OK, with this one solved for now, I can get back to enjoying some tunes, rather than tinkering with annoying computers. Bliss! Thanks Andy & Brian for the help.

As an update, Sonore are looking at this. I guess it may take a while for a solution to be implemented, but I’ll update this thread if and when it is.

I used to own the Mutec. Lovely device. Question…Do you know what USB chip it uses? If Xmos then it’s addition needs to be requested on github. All you have to do is report the USB id of the Mutec which you can see in the microrendu settings. Then Sonore only need to apply the patch to their kernel which is very easy. I had another vendor do it for my in minutes. 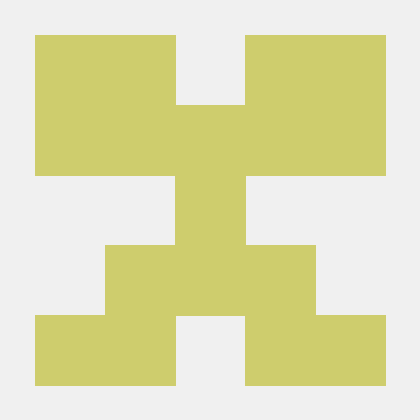