Library details: In addition to Tidal subscription, library with 1294 albums / 10,576 tracks resides on 1TB SSD connected via USB to Nucleus.

Music playback abruptly stops at random times throughout the day. This issue occurs intermittently if playing music files from attached SSD, or streaming Internet radio. Although admittedly technically challenged, I suspect when other mobile devices, such as iphones, ipads or laptops, wirelessly connect to, or disconnect from my home network, these connections seem to trigger the pause in music playback.

I originally experienced this issue when my Core was installed on an aging mid-2010 iMac with a 2.8GHz Intel Core i5 processor running OS X El Captain. At that time, music files were located on a Synology DS214 Play NAS, which was connected via Ethernet to my home network.

With the exception of mobile devices (ipad, iphones, laptops) all audio and video devices were/are hardwired via Ethernet connections to my Xfinity gateway. With this setup, concurrent with stopped music playback, I would see a popup on my iMac (Core), which stated, “ Another Device on the Network is using your Computer’s IP address. ”

As the issue became more frequent and continued over the entire period since using Roon, (as well as, an effort to remove my Core from an aging iMac) I recently purchased a Roon Nucleus (Rev A). Nonetheless, even with the Roon Nucleus, I still experience random stops during music playback.

As a newcomer to Roon (May 2020), I would greatly appreciate any assistance and/or guidance to resolve this issue of random and abrupt stops in music playback. 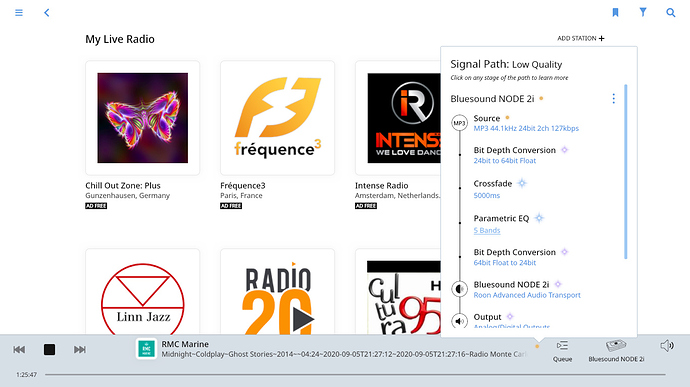 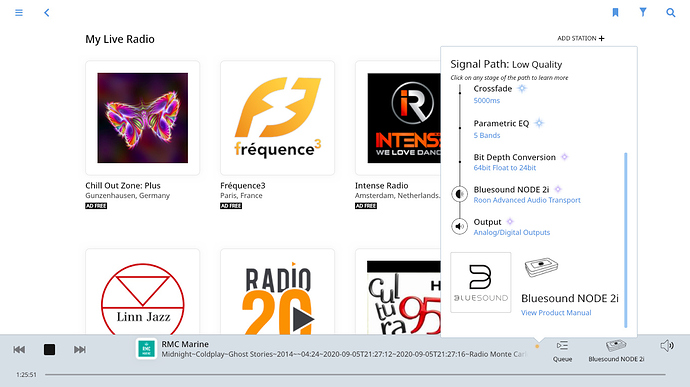 With this setup, concurrent with stopped music playback, I would see a popup on my iMac (Core), which stated, “ Another Device on the Network is using your Computer’s IP address. ”

Hum… I wonder of one of your devices, maybe one you only use occasionally, has been configured with a static IP address on the device itself. If all your other devices get their IP addresses via DHCP from your router, the router may assign the same IP address to another device and lead to that kind of problem. In general, the only safe way to assign static IP addresses on a network with DHCP is to tell the DHCP server (typically on your router) to assign those addresses, in which case it won’t assign them to conflicting devices.

This kind of problem is especially insidious if you had a device for a long time that somehow had a locally set static IP address, you stopped it for a while, and forgot about its static address, or never knew because it was set by someone else (such as a device bought from someone else that was never reset to factory configuration). When that device is now connected to your network, its static IP address might collide with some other device.

Thank you for the response and insights. Insidious indeed and annoying as heck. Circling back to “technically challenged,” all things IT, computers and networks quickly diverge from comfort zone. Experienced elation when stepped up game from ABC’s (Antenna, Batteries, Connections) to Control ALT Delete. Nonetheless, will give a go at exploring router / device / network settings.

Welcome to the forum!

Did you turn up with any results on the network side of things, have you confirmed that you don’t have static IPs in place?

Does the issue only impact the Node 2i zone or have you seen it occur on other zones as well?

Thank you for your message. As well, I’d like to offer a tremendous amount of gratitude to Fernando_Pereira for the original thoughts and insights. While unable to confirm static IPs, after some home network scrutiny and digital device digging, reverted to adage of KISS. As such, replaced Xfinity Gateway, eliminated Ethernet switch at gateway and replaced switch connected to gear. In the end, pure musical joy and happiness. An entire weekend without a single drop-off or interruption. Fantastic community exists and awesome members share insights and experiences. Thank you!

Thank you for letting us know that the network changes helped resolved this issue!

If you run into any other difficulties, please do let us know, although I’m hoping everything will be smooth sailing for your Roon setup!