My solution to Bluetooth Audio with Roon

Lately I was trying to find a solution to use bluetooth earphones with Roon and I finally found a hardware solution that seems to work quite well.

The earphones I am using are the Beats X wireless andI wanted to make it work with a raspberry pi.

Without any additional hardware, I was able to pair the earphones with the pi. But unfortunately they were not detected by Roon (I guess RoonBridge is just scanning for directly connected and internal DACs). I also learned that Linux won’t support the aptx protocol… So even if I could make the earphones discoverable by Roon, audio would probably not great.

I then searched for some kind of adapters that could act as a bridge. I found some bluetooth audio transmitters and ordered one by avantree (Avantree Oasis). In theory you should be able to connect an audio source with a minijack and it transmits it (with aptx) to the earphones.
When I tried it, I was able to pair the earphones, but when playing audio, I heard more silence than actual audio. So I returned the device. Also the volume could not be set by the volume buttons on the earphones.

I found another interesting adapter. It was the BTD-500 by sennheiser. This USB dongle acts as an audio device over USB and also transmits the audio to a bluetooth audio player.

With this device everything seems to work. The pi detected it and it could be enabled as an output in Roon. It also connects to my earphones. I could listen to my music library without any dropouts so far and also the volume buttons of the earphones can be used to set the volume. The only odd thing is, that Roon only lists 48 kHz as supported. 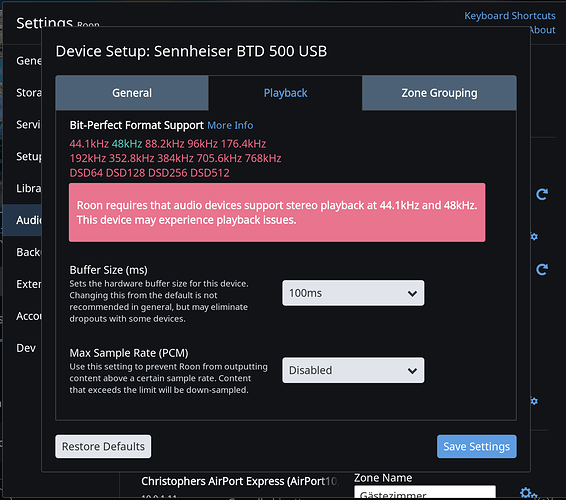 Because of that I enabled a Sample Rate Conversion (for compatibility Only) and despite the warning in the screenshot, I had no issues so far.
This setup is not intended as a High-End wireless music player. I will mainly use it to listen to audiobooks when I go to bed and I am quite happy now with the result.

PS: I was also looking in using an Android OS on a Cubox which also worked. But I did not want to connect a display for the RoonBridge (or that case RoonRemote). I also did not want to get a cheap Android tablet (which could also be used for Bluetooth audio), because I have no other android devices and did not want to invest in a new OS architecture and another App Store (Google Play).

This is great, thanks for sharing!

I had been trying to come up with a solution to connect a RPi directly to a Bluetooth speaker and this looks to be pretty darn good. I have been using an old Android phone as the endpoint but would prefer the wired connectivity of a RPi instead since WiFi has been somewhat unreliable. Plus, not having to worry about keeping the phone charged too is a fantastic bonus.

I decided to give the BTD 500 a go and received it today. After following the pairing process a few times, it paired up with a Bose Soundlink Mini II and now works exactly as I’d hoped.

I get the same message about it only supporting 48KHz but it works fine even if I don’t turn Sample Rate Conversion on; Roon goes ahead and converts from 44.1KHz -> 48KHz as well as down when necessary.

Thanks again @crieke for this idea!

Can the BTD-500 be grouped with other RAAT zones?
I am asking because I would like to use my AptX headphones but at the same time and in the same room as the main zone and I need it to be in sync.
I tried asking (Group Zones question) if there was a Hardware Compatibility List but I was directed to the page of Roon Ready partners - and Sennheiser is not on there.

Hi Bart, this is an old thread so Christopher might not notice. If you use @crieke then he will get a direct notification that he was mentioned in a post. (that is the @ plus username) 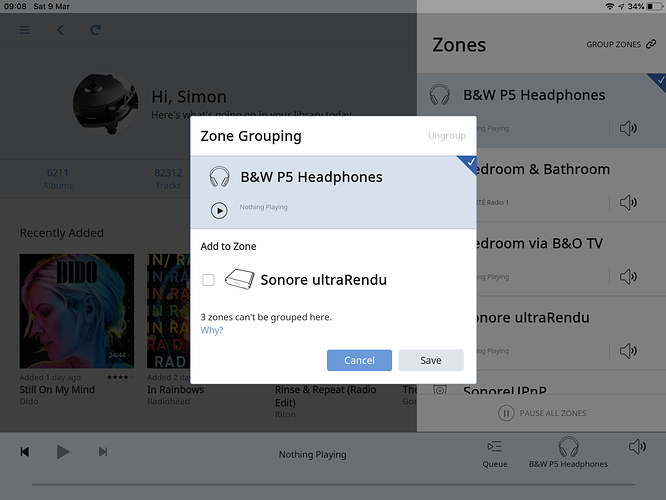 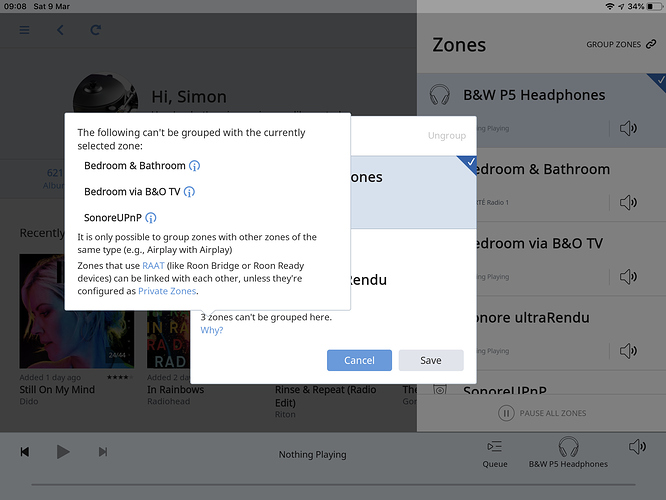 It can be grouped. But I have not tested, if it is in sync with other members of the group. I can try it next week. I could imagine, there is a slight delay on the bluetooth enabled speaker/headphone due to the bluetooth transmission…

Thank you, that is exactly what I need to know.

hello,
any idea if its possible to use cheaper Bluetooth transmitters as:

any idea if its possible to use cheaper Bluetooth transmitters as:

Yes! Got one from Aliexpress and acts as a soundcard in ALSA on Linux so you can select it as a RAAT zone.

Only syncing is an issue because of the Bluetooth latency…

Hi,
not sure if i got it … could you pls be more specific, whihch one? was no issue to linux detect it?

All i want to do is following:

but do i have to install roon-bridge on it?

You’ll have to install RoonBridge on the Raspberry Pi (or on whatever computer you’ve got the USB Bluetooth Audio dongle). Using Linux and Mac (don’t know if it works the same on Windows) Roon will see the dongle as an USB soundcard in the same way when you connect an USB DAC.

There is a button on the dongle for pairing.

hi,
thanks, but looks like ugreen is not supported by linux

Also that reiyin cant see if it supports linux …

The other one I don’t know but they probably all use the same USB driver in Linux and Mac kernels. Only way to find out is to try one. The Ugreen will probably also work out of the box.

My experience with aliexpress is that “goedkoop is duurkoop” (Dutch for: buy cheap and waste your money). I just buy from respected brands, but sometimes it’s trash… sad that so much trash is produced in the world. I can only say the Reiyin works, but if would buy one now I would try the Ugreen. Can’t help you more that this.

yeah sure, got your point. thanks for recco