My Windows Computer is not being recognized as an Audio Zone

Wireless Network via Orbi 50 Router, Computer and NUCi5 connected via Ethernet to Router/Repeater
All software ist up to date as is shown here: 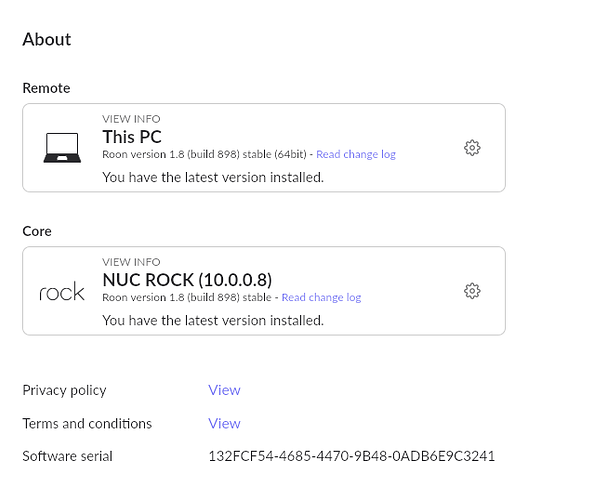 There is one issue I don’t understand. Roon doesn’t run properly on my Windows 10 PC anymore. Before intalling the NUC more than a year ago, I had used my PC as Core. Having the NUC installed, I deinstalled the Core from the PC and later installed the Roon software again and connected it with the core on the NUC in my network. It worked fine once just after installation but never again. The Roon software on my PC recognizes the Core and can direct music to other Audio Zones in the network, but it can’t play the music on the PC. It just does not recognize the computer as a possible Audio Zone. I have deinstalled and reinstalled Roon Software on my PC severel times, without the same result: Roon runs an the computer, connects with the core, but can’t recognize the computer as an Audio Zone.

Can you please give me some advice how to make Roon recognize my computer as an Audio Zone? That would be most helful.

Can you post a screenshot of your audio page?
What zones are there but waiting to be enabled?
Maybe its actually detected as something you do not recognize?

Hi @wizardofoz thank you so much for your quick advice. It was the firewall, problem solved