I can only speak for the original Mu-So but based on the physical dimensions are the same I believe my answers will still hold true. However, ignore me if you think otherwise and I’m be perfectly in agreement with that as, again, my comments are based on owning the original and hear the 2… anyway…

I’m seriously thinking of selling my Mu-So and getting the 2 simply because I want the Roon integration. The thing is good enough to resolve hi-res and Roon feeds the original as an Airplay device which limits it’s capability. Yup, I love this thing that much.

Anyway, hope that helps. Track one down and give a listen. It’s really the only way to appreciate how good a sound can come out of the sleek little box.

Thanks for the detailed feedback! I will try to demo the Mu-so 2, but since Naim is not sold in my country, I’d have to wait until I travel. As for other active speakers, I originally considered the Dutch & Dutch 8c, then the Elac Navis ARB-51, but unfortunately neither fits in the space/layout available in this room. So I am trying to find a compromise I can live with that can be placed on a bookshelf. It turns out that is quite limiting. Quality options seem to be limited to (but I’d love to know if I overlooked other options):

From your description, it sounds like the stereo separation would be an issue for me with only 1 unit. I currently own a B&O A9 and while it goes loud and deep and sounds ok given it’s aesthetics-first makeup, the lack of stereo separation in the large room it is in make it only suitable for background music or loud entertaining.

I appreciate your warning about the lack of suitability of 2 x Mu-so 2. I am happy to tweak the sound in Roon and to create a convolution filter in REW – I was hoping that would sort out most issues. However, if their DSP is adding a delay between L & R (in each unit) to try to mimic a wider soundstage (I do not know if they are), then the results will be muddy.

Thanks again for your help. I will try to make it a point of listening to these contenders when I am next in a more audio-friendly country.

based on the physical dimensions are the same

Though the overall dimensions are the same, the actual cabinet is larger and the heat-sinks on the back are smaller. This controls the bass substantially, which was what I saw as the biggest limitation of the first generation Mu-So.

We’ve still got our demonstration model of the first generation Mu-So and we’re finding it very difficult to shift due to the huge improvement on sound quality on the new version. The stereo width is wider even moving further away from the unit though it will never overcome the laws of physics that limit a one box solution.

I appreciate your warning about the lack of suitability of 2 x Mu-so 2. I am happy to tweak the sound in Roon and to create a convolution filter in REW – I was hoping that would sort out most issues. However, if their DSP is adding a delay between L & R (in each unit) to try to mimic a wider soundstage (I do not know if they are), then the results will be muddy.

Just experimented in Roon with creating a grouped zone consisting of an iPhone and an iPad and applied a DSP (Procedural EQ --> Mix --> map L to both L+R and R to L+R for each device respectively)… despite how bad the iPhone and iPad speakers are for music listening (especially that they are not matched), the result definitely gave a much better stereo image. However, I believe there may be a timing issue between the two. It is difficult to tell because the two devices sound so different.

Anyone else want to try this out (if you have two Roon Ready / RAAT devices in close proximity) and give their impressions?

Most people who got the Muso2 say it’s a big improvement over the previous model, so imagine this will be to.

@Rob_BrownGHF are yo able to comment on ant improvement in sound quality?

We formally were told about the QB before everyone received the email from Naim this morning. It was hinted at for many months though. We haven’t heard or seen it yet, even having gone to the Naim Factory not too long ago. Can assume that it’ll sound somewhat more musical and controlled. Will update once our demonstration item comes in and hear it up against the previous generation.

Do you know when they are due in the shops? I presume they are all in a shipping container on its way from China at the moment?

The first batch should be hitting retailers at the end of this month, second batch at the start of next month. This of course is subject to oversea shipping delays and customs. Seeing thousands of Darth Vader helmets in an X-Ray may raise some eyebrows.

Any idea why DSD64 is not being handle natively by the Muso QB2?
Specs mention support for DSD64 and DSD128 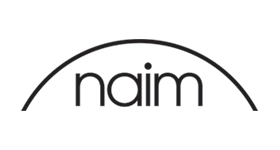 Hi Steve, My Muso Qb 2 , it does show as Roon Ready device but it does not handle DSD64 or 128. Roon converts to PCM. Is there something that needs to be configured in order to enable this?

First post and potentially dumb question … so be gentle pls.

I’m considering buying the Naim Mu-So 2nd Gen. I went to my local store to test it with Roon. When I played Hi-Res files, all in the signal path was purple except for the “Naim Processor (Loudness)” just like in the picture provided by Rob on this post. Does that mean the quality is being reduced as the signal path is showing some processing?

Any advice or guidance would be greatly appreciated.

Hi Vic
There is a loudness setting on the Muso which is a digital control, therefore Roon shows it correctly as the signal is no longer bit perfect. So if you’re a purist you will want to disable this setting.
If you room is small and/or the Muso is close to a wall or corner you may find that the bass is a bit excessive and these digital settings help to tame it, although personally I prefer the sound with these settings disabled.
Roon, of course, has a much nore sophisticated digital eq option, but again you don’t have to use it.

Thanks for the prompt response Chris.