Native DSD playback option isn’t available, DPS volume is set to fixed, and I have no problem with DoP. 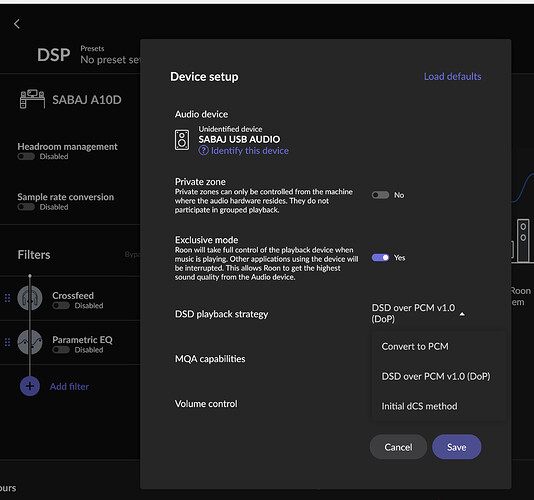 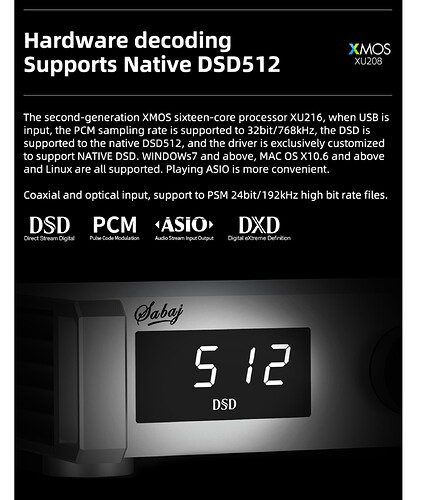 Anyone can help me with this issue?
Thanks in advance

macOS CoreAudio does not support native DSD playback; it’s as simple as that.

Thanks for clearing that up!

That sucks to know. I bought a Mac Mini today because my CD Library workstation finally needs updating. I use a Nucleus+ in the main rig for DSD files, but this is a confirmation I wasn’t hoping for being a new Mac Mini owner.

As long as your DAC supports it, there’s no difference between DoP and native DSD, as DoP is just a way to send DSD disguised as PCM.

Yep. There is no difference between native DSD and DoP, but subjectively, there is a difference of DSD64 and PCM…for me.

Yeah I know, I was trying out some dsd512 album I bought today, but the dac only support native dsd512 and DoP up to 256. I guess I won’t hear any difference between them tho, but I thought Sabaj is false advertising this dac, good to know it’s not their fault

It’s not false advertising there’s a full stop after the DSD words then it mentions the operating systems it supports so the two aren’t linked.

You can always get a small Windows PC, run Roonbridge and the DAC Windows drivers if you want to get native 512 DSD. There are ones for about 150 usd that work great as an Endpoint.

You’re using an RPi as endpoint, which runs Linux, not MacOS.

macOS CoreAudio does not support native DSD playback; it’s as simple as that.

Isn’t this only a concern if the Mac is used as an enpoint?

Yes but the OP is using a Mac as the endpoint.