I recently noticed a mildly annoying UI quirk. When the combined album title and artist name are very long, the Roon navigation tools overlay this information, partially obscuring the relevant album information. This is seen when scrolling down from the main album view to see the tracks. This is likely most often a problem for classical works featuring multiple performers (orchestra, chorus, soloists, conductor, etc), but may show up in other places.

This isn’t a major issue, but makes for a slightly unpolished feel to the UI. It occurs both for OSX (MacBook Pro) and iOS (iPad Pro 9.7"). 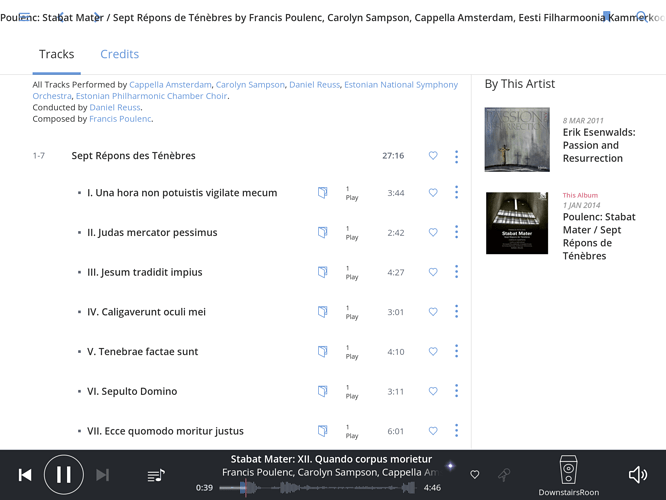 When the album title or artist length are more reasonable, everything looks fine. 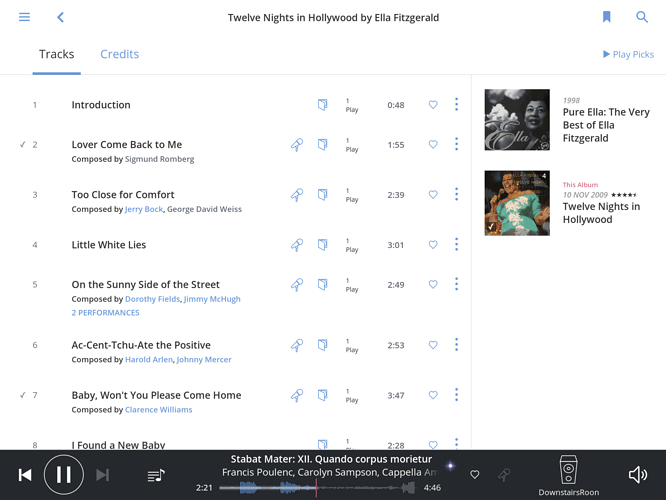 +1 to fixing this. I noticed this again over the weekend and was going to start a thread but then I forgot. Thanks for doing it (with pics, even!).

Seems like some eliding or middle-truncation would be a reasonable fix.

A ticket has been taken out and is being tracked by our developers. As I get more information I will be sure to update. Once again thank you for the input!

Hi @JWC and @Mike_Pinkerton ----- Thank you again for your feedback and the insight, regarding this issue. I am pleased to report back that a fix has been put into place by our developers