New(ish) Music! What are you discovering?

Don’t know about you but I’ve been viewing recent catalogue of artists (been in a hole for probably the last 15 years, argh) I’ve loved in my youth with trepidation and just generally avoid.

I’ve made a +ve step in this regard recently, thanks to Roon, and am working through my recent acquisitions methodically, tagging good tracks, and cataloguing accurately the music. It’s been a great ride so far. Making many new and pleasant discoveries.

Great to hear JM is still churning out really good music. He seems to have missed out on all the glory given to Bruce… just sayin’ 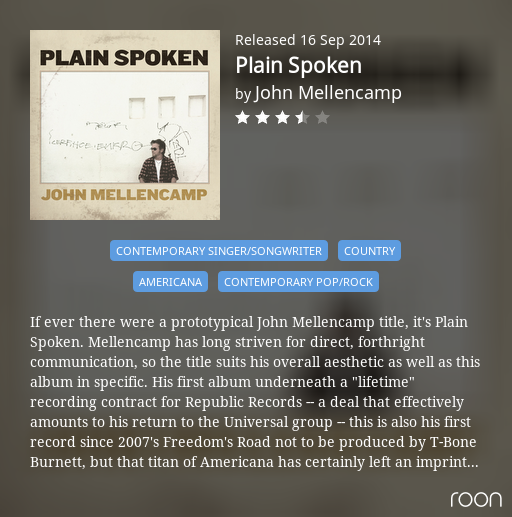 @Sallah_48, You beat me to it but I’m glad you started this post. As I look through the “What Are You Listening To Now” feed I mostly see dated music. Not that there’s anything wrong with listening to old favorites, I just wish I’d see more recent releases. I’m a huge fan of discovering new music and my collection grows monthly and has for decades. With that said, let’s keep this feed going with "New(ish) discoveries! 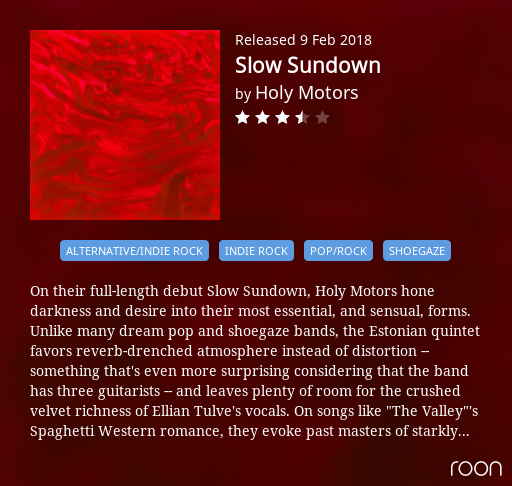 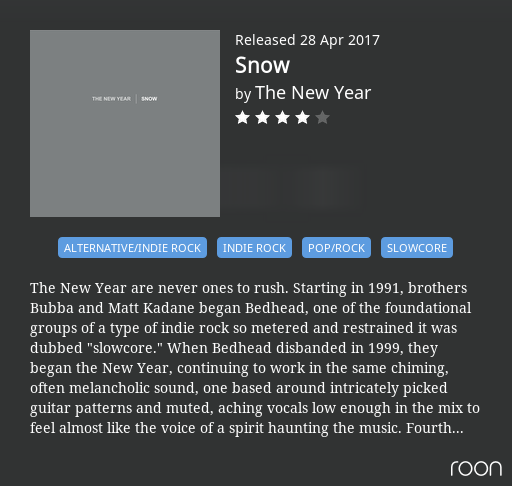 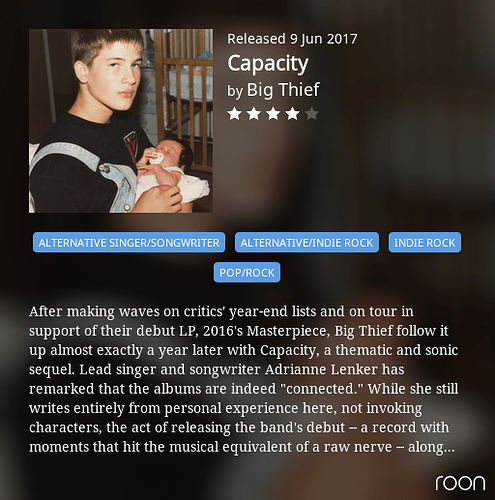 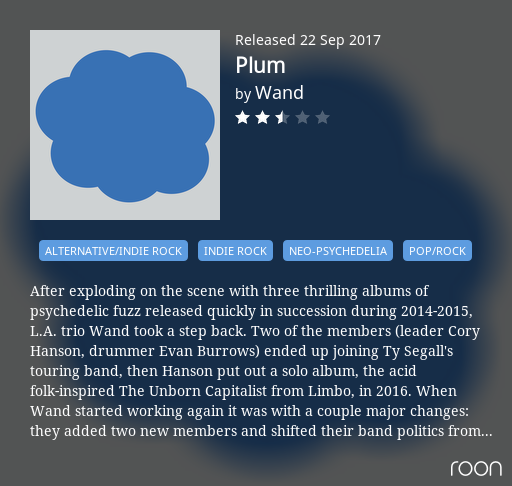 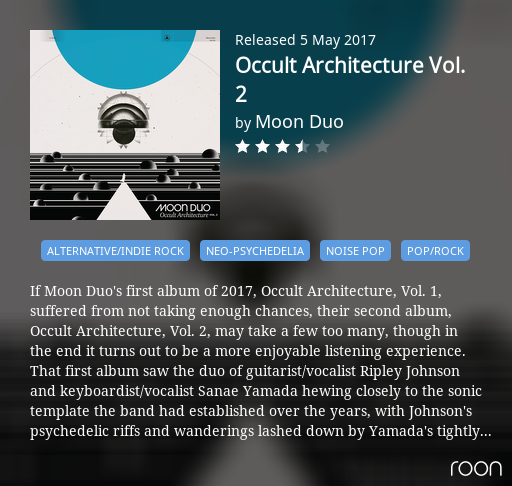 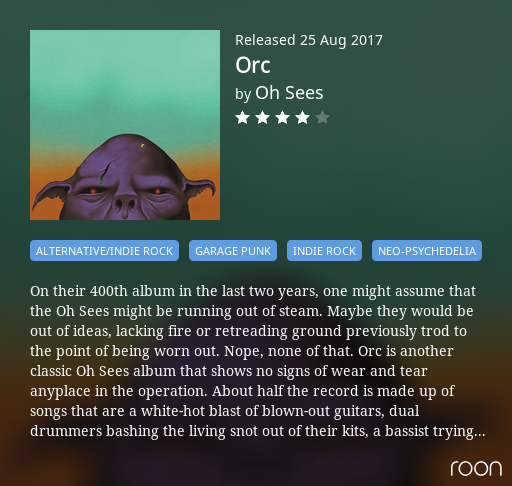 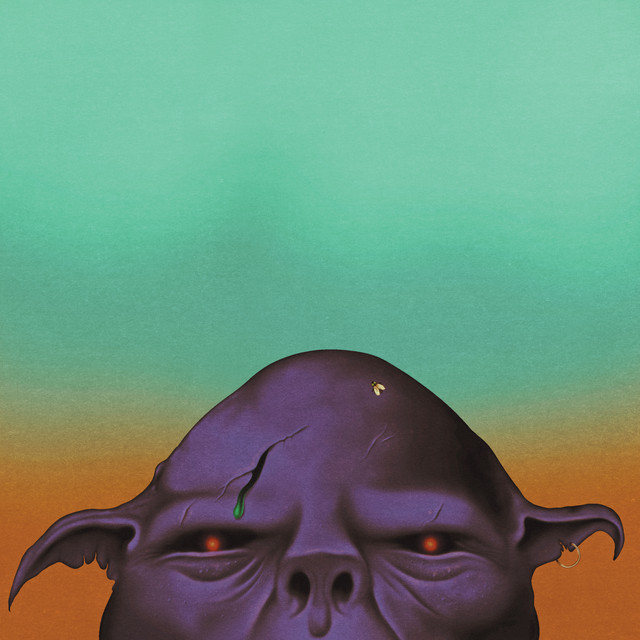 Orc, an album by Thee Oh Sees on Spotify

There is a lot of new stuff. I just posted this in the …listening now… thread, was released two months ago.
https://i.imgur.com/JGganCs.png

I think this is a very interesting perspective.
There was a thread discussing which was the favorite decade;
I argue it is NOW, and it has always been NOW.

I couldn’t agree more @AndersVinberg! NOW is the best decade ever.

What a coincidence, @Sallah_48, listening to JM and just discovered this thread! A friend of mind has been whining about JM for years and I’ve always considered him a superficial rocker. I’m only been discovering him for about a year and listening back from his most recent (which I prefer) to his older albums. He certainly deserves more credit than he received (from me)!

I’m about to discover a lot of new and old stuff. Yesterday I ordered every CD I could (that I didn’t already have) from the Grammy Album of the Year list. See https://en.wikipedia.org/wiki/Grammy_Award_for_Album_of_the_Year

So I’ll soon be exploring plenty of music from eras and artists I don’t usually listen to.

Next I’ll do the same for the ARIA Award for Album of the Year. See https://en.wikipedia.org/wiki/ARIA_Award_for_Album_of_the_Year

I’m sure I’ll make some interesting new discoveries amongst that lot.

Of course, if I had deeper pockets it would be interesting to have the CDs of every nominee from each year as well.

The Live Music scene is where I find my new Music and it’s never been better. The way the music business has changed means your unlikely to get the best on the national media.
I’ve got too many artists to list and we all have different tastes.

This weekend we have, Don Gallardo, Hannah Rose Platt and Steve Young performing. 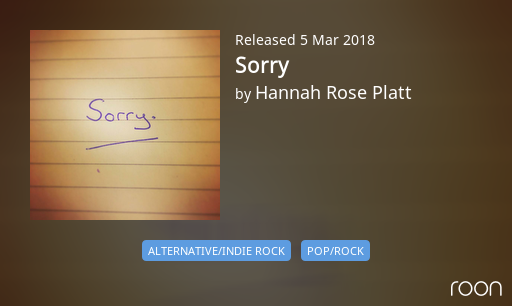 Welcome to my world.

Wow. Lots to get into. Thanks alot for the response. If possible lets get discussions going also, and put as much description about our new finds as we can? Just a thought. That way it’s more interesting to others to possibly seek out, themselves. Could be a fun thread! Ill be posting more in a bit. Will also work through these posts

- Sort of reminds me a bit of Chris Isaak somehow, haha, so it does the review writer

Here’s a good one… Chip off the old block? Maybe, but somehow it’s a bit fresher and more accessible than Steve’s (later) work. I really enjoyed alot of this album. 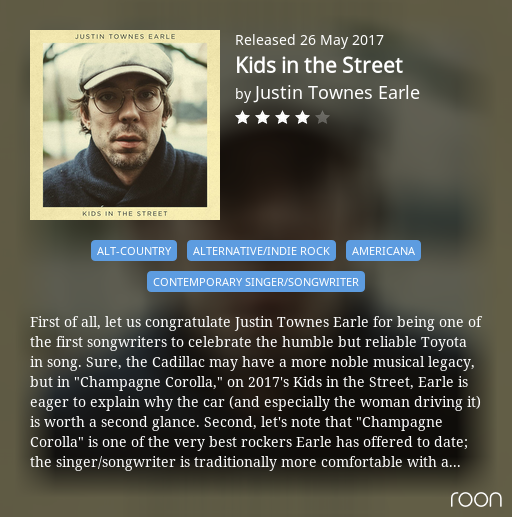 Right Anders and @Devin_Dahlgren . I’m really enjoying the new stuff. Had been wallowing in nostalgia really until Roon came along, and with a Tidal account, no reason not to keep pushing forward.

It’s quite strange now… Unless I’m listening to new stuff, I’m feel a bit stifled. It’s gone completely in the opposite direction from almost a fear of the unknown to keenly seeking it out and almost exclusively listening to it.

Take a fresh album, listen, catalogue it, select top tracks for my “mother of all playlists”, grade it, then move on.

So much great stuff to hear. We’ve truly never had it so good.

Spot on Chris. We can never find the “good stuff” via normal (old fashioned?) channels. The music biz is so fragmented. It’s all there to be discovered but we need to think and search a bit more laterally, even to purchase music.

Thanks to @Devin_Dahlgren i’ve just downloaded Snow - The New Year from Bandcamp. My first purchase there in fact. Lol. See? It’s all happening! Love the New Year, Devin. It’s like a better version of Grandaddy. i love the noodly bits they get into.

@Grump ump my faves of old from JM are Big Daddy and Lonesome Jubilee. Both are great albums and stand the test of time. Try those? I’d be keen to know what you think

Here’s something that couldn’t be newer. Released today!

On Tidal, giving it a whirl now. It’s got one of those eclectic album covers which gets one’s interest.

Nice bit of alt-country with a gospel tinge. 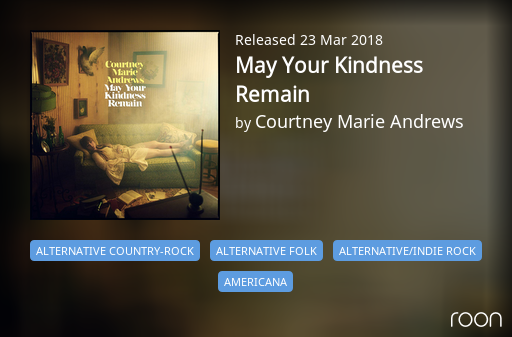 Another two albums that have just been released today. Michael Wollny’s Wartburg Live and Oslo. Both records are incredibly innovative, original and creative if you ask me…

I discovered an artist called Bill Callahan a few months back and bought most of his albums on vinyl. Discovery was made via a friends file-library as he had the album Apocalypse digitally.
The genre could be called folk, rock or quirky pop and his lyrics are… …interesting…
Theres something though about this dudes storytelling that grabs me.
Problem is, he’s not available on streaming per se, only a few Youtube snippets.
Give this video a shout if you feel like it!

Is that the same Bill Callahan of Smog? I have an ep of his from way back. Americana, left field certainly

Yep, the very same! And you actually reminded me that i should have a look at his work under the “Smog” moniker…

HiFi news have review The LYNNeS, the Canadian duo of Lynn Miles and Lynne Hanson who we had the privilege to host recently.
Another great album but you just can’t beat experiencing them live, close up and personal. When you do, you get so much more from the album as you understand the context, you’ve heard the stories and you know they can play it all live and striped back to the bare essentials. 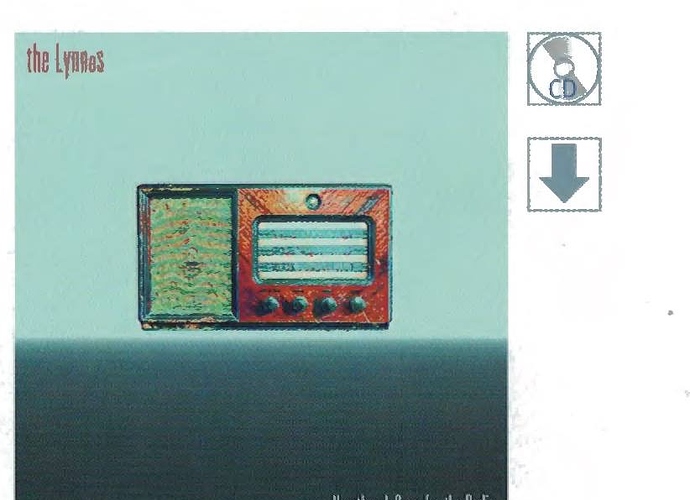 Touch pic to see write up