Some foreign router, but it works great, thats not the issue. Ethernet.

Raspberrypi (dietpi) network player with roon bridge, connected to a Denafrips DAC, thats not the issue

The install went smoothly, almost too smoothly, it was easy.

But Roon will not allow me to play an entire album, I have checked the faqs, and searched the forum, I will select an album to play, roon will only play the first few tracks then will switch to an entirely different genre on qobuz, I don’t listen to or enjoy pop music, but roon seems to think it’s something special.

Is there a way to roon to play an entire album from my library?

How are your Core and Output devices connected to your network? Wired Ethernet or Wi-Fi? If the former, can you try the latter, as a troubleshooting step?

Some foreign router, but it works great, thats not the issue. Ethernet.

It seems to be a play list issue, I in my ignorance thought that by clicking a play album button perhaps Roon would play the album, not just a few select tracks that Roon seems to think is worth listening to, then go on to play whatever it chooses instead of what I wish to play. In my countless searching I discovered that it was necessary to change the focus, so I did this, but still when I select an album only a few tracks are selected. I cannot seem to change it.

I did sort of successfully create a play list and selected the entire album, it played all the way through, but this seems to be a rather clunky way to do things, not worth the cost in my opinion.

Is it really necessary to create a play list for each album?

Not quite sure what is happening here but no…

Select an album, hit play and it will play it start to finish or until you tell it to stop.

Now are you trying to play an album from your local files or from a streaming service?

When you select an album you want to play does it even show that all the tracks are available? 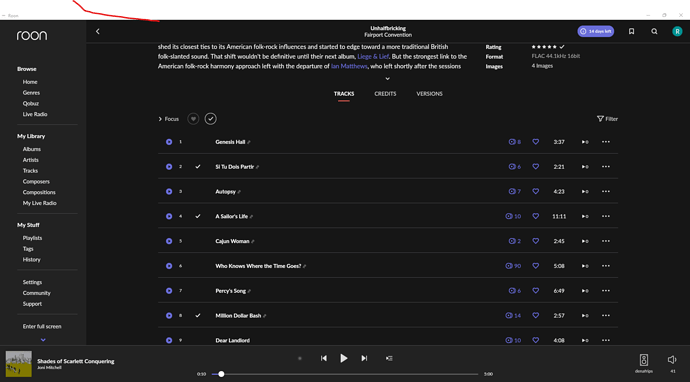 It seems to allow me to select an individual track to play, but my favorite track is not selected. Why not automatically play the entire album? When I played this album, it played three tracks then began playing pop music from qobuz, hmm, I just realized that the possible solution is to remove qobuz from roon, but that defeats the reason why I installed Roon.

That does not sound right. I have both a local library and Qobuz and Roon never did that to me. Could it be that Roon starts having trouble streaming after a few tracks, skips to the end, then starts playing radio?

I can close the app, then try to play an album and it is like what is in the picture I uploaded, I think I successfully disabled the “radio” feature, but it still only selects a few roon selected tracks,then plays something from qobuz. 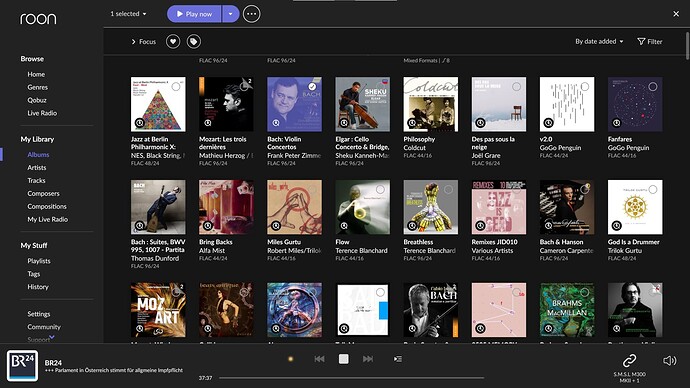 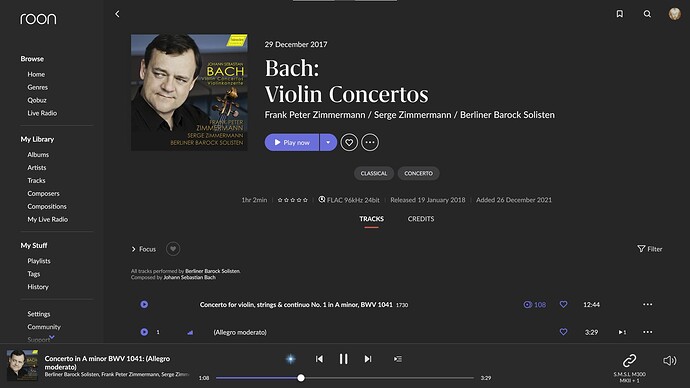 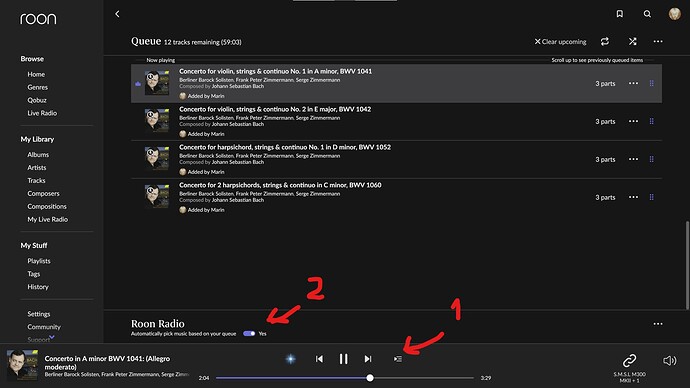 I’ll post another screenshot as a reply as it seems I have discovered the solution, perhaps as this is a new install the default settings were different. I deselected a few things and then selected play now.

Now when I open an album, all the tracks are selected’ 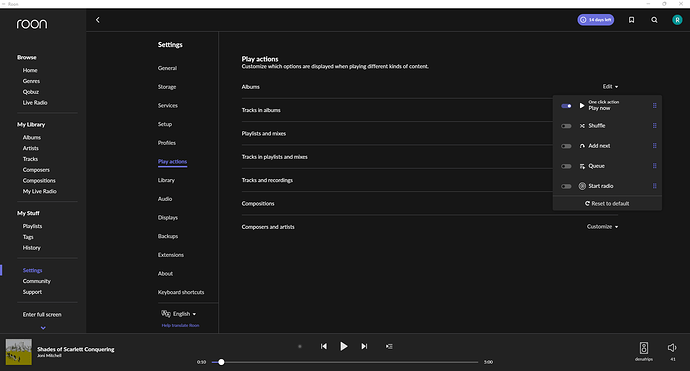