New to Roon - does adding a "Folder" means it will scan ALL sub-folders or not?

I added my “Music” folder to Roon, let it run for one night… this morning, I checked and ONLY 5,200 files are supposedly there (no spinning wheel), definitely some High Res files were NOT scanned.

I then added the “High Res” folder, and it scanned it again and added “2300” tracks… which still makes it less than my total #of tracks. Does this mean I have to manually add EVERY single folder under “Music” for it to be there?!

Update: Even now AFTER adding the folder, I am unable to find “Dire Straits” from search, it shows up some House music with Dire straits influence, and NOT my Dire Straits albums!

What exactly is your folder layout? This should scan all subfolders under “Music”:

I did NOT sort my folders, they are kind of random, some are in the format you have shown, but most are just

I thought Roon would just scan all, and use the metadata in the tracks to sort things, OR does it rely on the folder structure?!

The way you have depicted that does not make sense. Are all the folders ultimately contained in a folder named “Downloads”? If so, use Downloads.

You probably want a layout similar to:

Then add “music”, and all sub-folders will be scanned.

It doesn’t matter if they are sorted, it was just a quick example. Roon completely ignores the folder structure, anyway. The important question is only if all albums are under a common root folder, like “Music”, or not. Everything under a common root should be scanned. However, you can also have separate root folders (like “CD rips”, “Purchased”, “Stolen”, all on the same top level), and then you would have to add a storage path for each one.

The way you have depicted that does not make sense. Are all the folders ultimately contained in a folder named “Downloads”? If so, use Downloads.

Downloads is under “Music”, when I scan Music, it does NOT include “Downloads”.

As far as I know, it should, but I was wrong before

EDIT: @Alex_B, I just created this 6 level deep folder structure on my Rock and placed a FLAC file into it, with the tags “Placeholder” and an appropriate cover image: 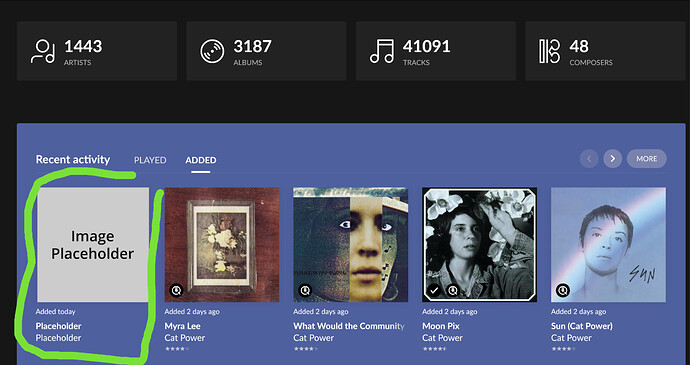 Ok, I think the issue is that Roon can’t match the Album to metadata on file, so can’t find a matching Album for this compilation. I had to manually edit it, and then it worked.

This is a shortcoming of Roon IMO, IF the album can’t be matched, it would NOT even include the Artist name in the list, I had it in these following fashions and in both cases it did NOT bring up the tracks into “Direct Straits” artist

Essentially as it couldn’t match it as an official Dire Straits album, it didn’t pickup the artist name.

Thanks, the Downloaded folder now has been scanned fully, I just had to move it from one folder up to the root, I also renamed it, and not sure if that was the issue.

I basically have folders within MUSIC that each has various music/albums in random formats, it’s like:

Now, it seems like all music is now there and scanned, the Dire Straits wasn’t included due to not being able to match it to an Album. Not sure how many more are like that…

I have many unidentified albums and can filter and search them just fine: 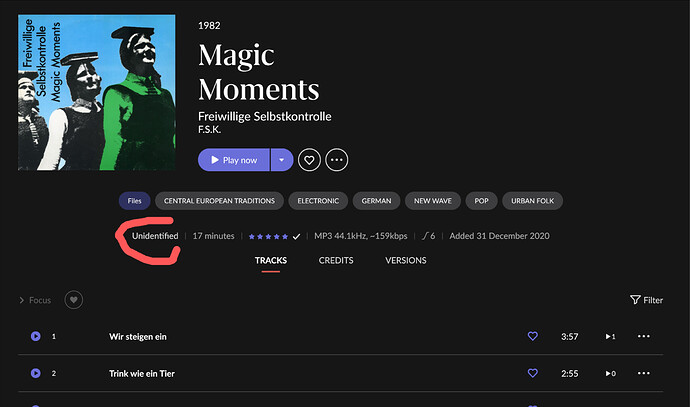 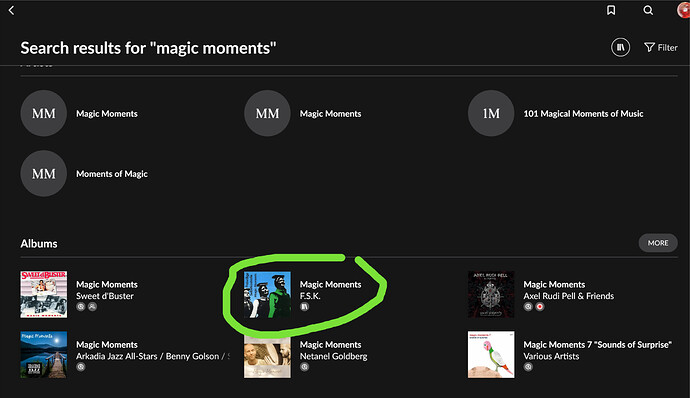 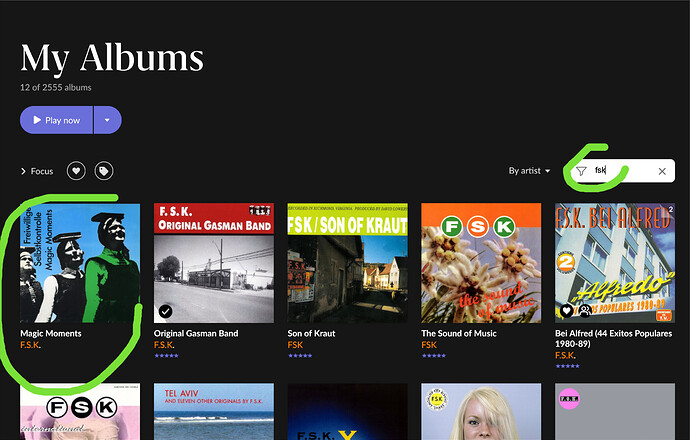 By the way, you can try clicking the “Unidentified” info on the album page, it will bring up suggestions and you might be able to assign it manually, if a similar album exists in the database.