I’m running roonserver on an Intel NUC with Ubuntu server 14.

My music is on a qnap NAS with microsoft networking enabled.

Hi @RussM ---- Thank you for the feedback and my apologies for the inconvenience. I’d like to gather some more information from you in regard to your setup in order to accurately asses what may be causing this issue.

Can you please describe, in detail, your current setup. The more information we have the easier it will be for us to troubleshoot the problem. May I also ask you to please provide a screen shot of the “storage” tab found in settings as seen below, thanks! 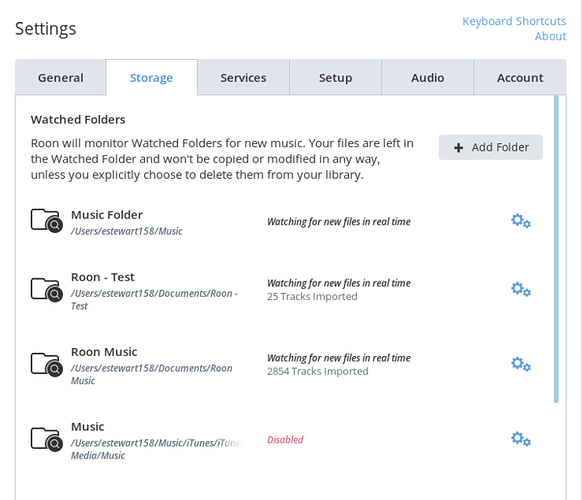 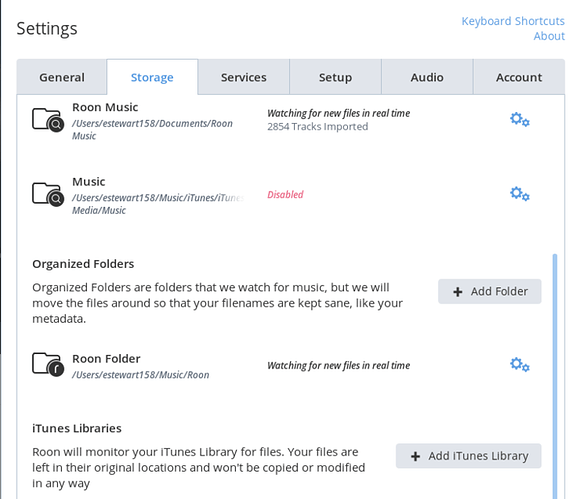 My music files are on a qnap TS-119 NAS. Files are in a folder called flac, which I have pointed the app to and it seems to have no trouble connecting. There are many subfolders and I have tried drilling down to a single album folder with no success. The music collection is about 200Gb with only wav and flac files. Also using the IP address rather than the NAS name didn’t work. 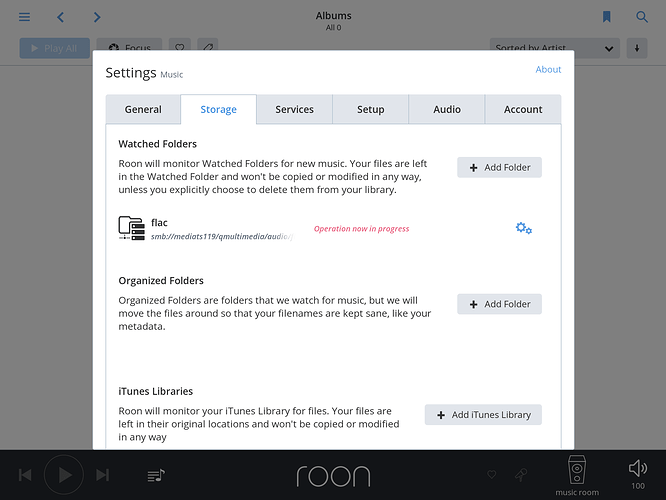 @RussM ----- Thank you for the feedback and my apologies for the slow response. I’d like to gather some logs from you, so our developers can take a closer look into this issue. I will be contacting you shortly via PM with instructions. Thanks!

9 posts were split to a new topic: Roon Server Migration issue - iMac to sonicTransporter i5