I get no audio if I select this device. The play button is greyed out. I do get audio if I use System Output. Any ideas? I saw someone had the same issue long ago but it was marked as resolved in a later release.

I use a Schiit Modi via USB on one of my endpoints without any problem. The obvious question is “are you running Windows and did you download Schitt USB driver?”

Does your Schiit have the ability to use inputs other than USB, i.e. TosLink or Coax? if so ,did you try it? Don’t mean to be so obvious, but there it is.

When you go into Control -> Sound does the Schiit show as a device? If not then the driver didn’t install correctly.

Yes the device is there and I have access to all the options. However, when I select this device the play button is greyed out. I am using a Gungnir MB, which does have the other connection types you mention but I’m not setup to use those.

I’m using a Surface 3 USB direct to the DAC. No problems with JRiver selecting that driver. 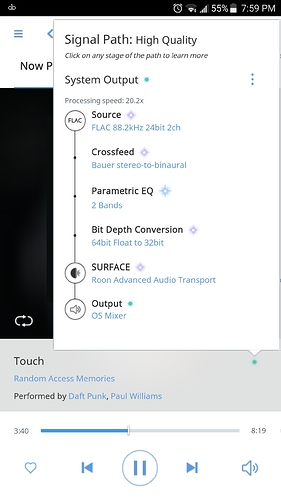 Uninstalled the driver and reinstalled the same one. Initially I had the same issue. Made some changes to the Schiit audio device and now it’s magically working.

Resolved, great. I’ve run into issues like that with other things. Incredibly mysterious and frustrating, ain’t it?