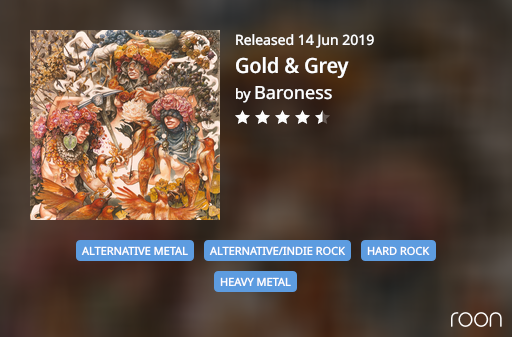 The production on this is nearly unlistenable. But the songwriting is really good. Some day they’ll remaster. But this is a good band, not new pop junk…

Igorrrs new album just arrived a gew days ago and its a clear contender for album of the year for me.
It’s as fresh as it is strange.

That’s precisely how I feel about this recent release! 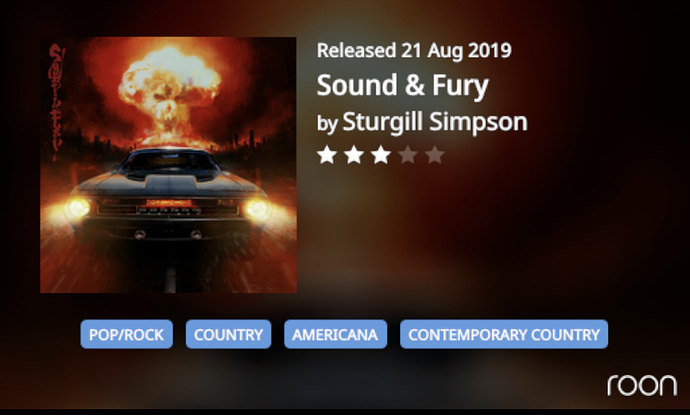 I have been grooving on Early James quite a bit lately. Husky crooner/singer/songwriter. I wish the recording was a little less flat, but it is what it is.

Great album! Adding this one to my library.

Annoying isn’t it! It’s almost like the album release is a practical joke!

Yeah! Like they were all sitting around a table at Denny’s and decided to make the vibe of the album just like you were transported back in time to when you were playing a Dynaflex LP made on an overused stamper on vinyl sourced during the 70’s oil embargo through an expired stylus on a Sears “hi fi” turned up to eleven!

That Kaveli Aho is fantastic! I am so glad BIS is bringing his work to light. His clarinet concerto featuring Martin Fröst has a lot to chew on and is quite tasty as well.

For me, when I hear someone say there isn’t any good music being made anymore, often they’re referring to rock in general. If that’s the case, it is difficult to find quality musicianship as we once had from the likes of bands in the past. Bands such as Zeppelin, Bowie, Fleetwood Mac, The Doors, Pink Floyd, The Stones, The Beatles, Deep Purple, Rush, and so on and so on. In the '80s we had The Cure, The Smiths, U2, The Talking Heads, Prince, New Order, Love and Rockets, etc. The '90s brought us grunge and “indie” with bands like Nirvana, Pearl Jam, Smashing Pumpkins, PJ Harvey, Radiohead, Built to Spill, and so on and so on. All excellent bands in the way of musicianship and creativity. I’ve purposely left out many other great bands just to limit the length of this post. I’m sure you get the drift.

Then came the 2000s and free downloads, shrunken radio audiences and the massive loss of revenue to the music industry making it difficult for musicians to get rich doing music. Only pop artists found a way to thrive which left us with limited genres. With no money and a lack of mainstream avenues to discover new music, I get it. It does seem like there’s no “great” new music being made anymore. Musicians have minimal budgets to improve their craft. Producers have less and less revenues to get their creative projects off the ground. Engineers have fewer and fewer artists due to bedroom recordings.

The truth is, there are tons of new artists making good music. To find it, one must develop a skill set for discovering these artists creating skillfully made music because the music industry can only afford to promote what currently sells, which is usually, but not always, ■■■■■ 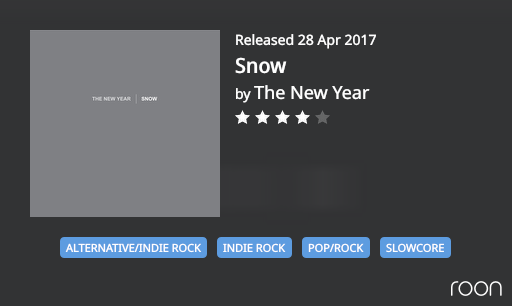 May I add that one tool in that skill set is to pay attention to the record labels of artists that one finds interesting. This can reveal artists in a similar style vein. It is usually best to visit their official websites to get a list of current and past artists, as streaming sites (and Roon, if it isn’t already in your library) don’t let you search by label.

To put in my two pennies worth…

If music is “new” in the sense that it explores “untrodden paths” (or at least rarely trodden ones), that’s always a “good” thing. Modern definitely isn’t the same as recently released, let alone in vogue…

Here’s a (four-year-old) album I still consider “very new” in the above sense. 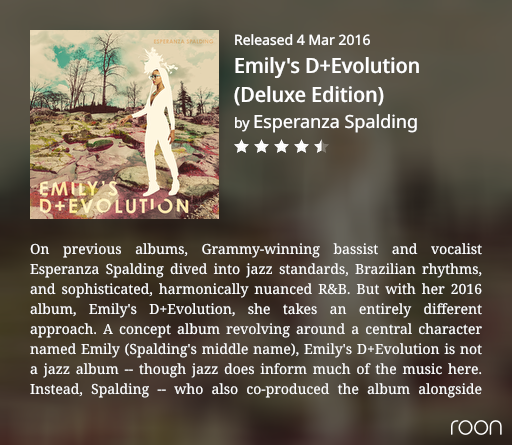 Here are a few in the recent queue 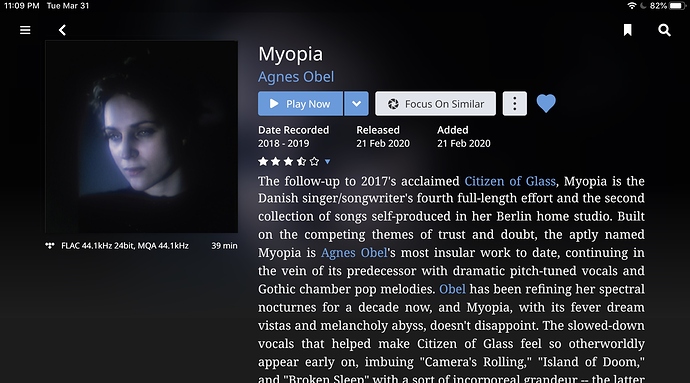 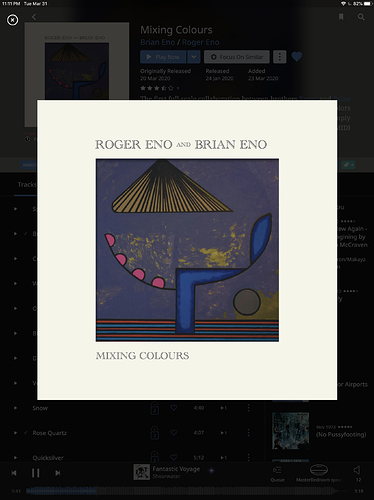 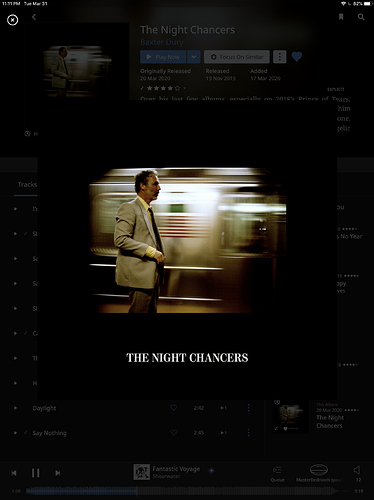 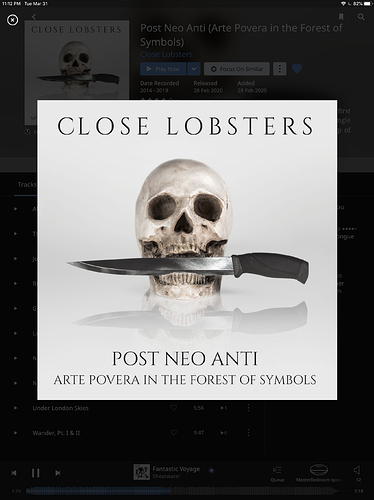 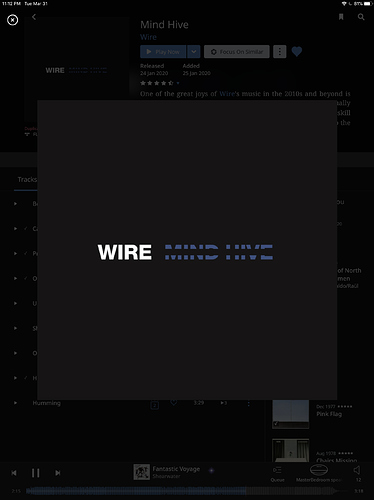 The statement is a bit of a generalisation but not entirely wrong, in fact, I would go further and say that not much inspiring music has come out since 2000. If one looks at greatest 100 albums of all times (any list) 99% fall within the years prior to 2000. However there are some amazing exceptions and they are coming out of Korea and Japan. In fact, my favourite group at the moment is Momoiro Clover Z and I recently purchased their 5th studio album and listen to it every day. By the way, I am 71 years old and been into music since teenage years.

Yes, but that’s only because such lists tend to be extremely conservative. Just because Shakespeare’s still considered one of the greatest writers of all time, doesn’t mean that no (or only a few) works of literary merit have been written since the Elizabethan Age…

Have you ever met a music lover who takes such lists seriously? IMHO there are far better ways to discover “good” music. Roon is one of them…

I would put 1 but 2 of my most recent discoveries are top draw. 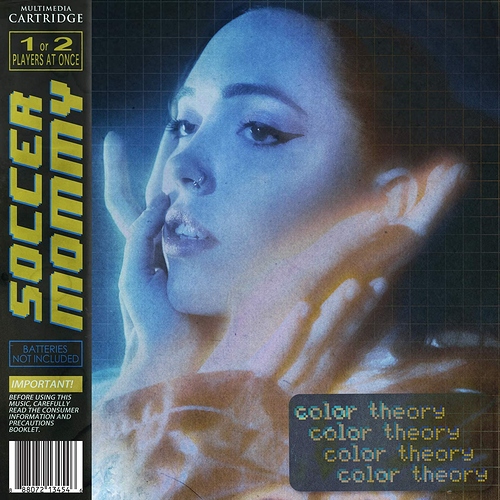 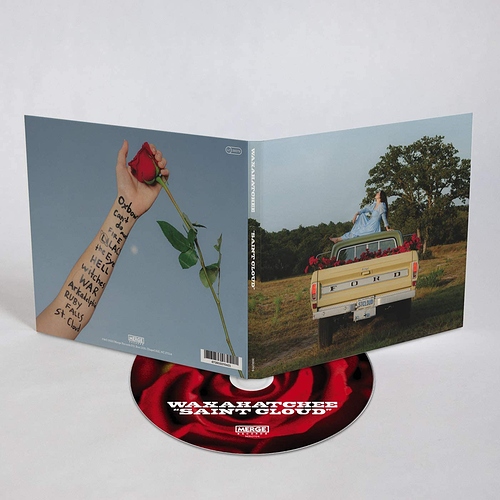 It’s better on video, but if you want to blow your mind with something coming out of Japan: 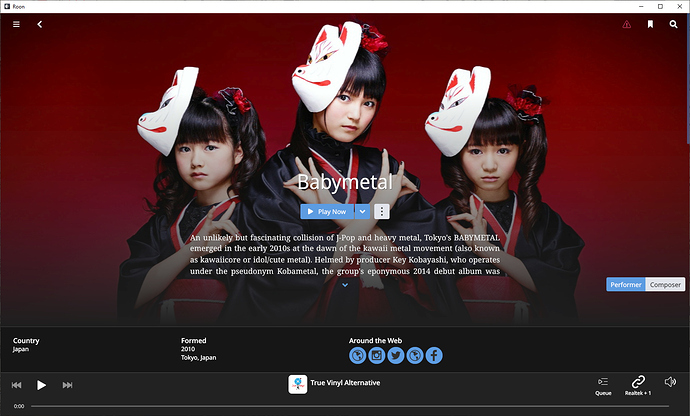 I am not proposing this as really “good new music.” It is more like a chocolate pizza or dog on a skateboard – a novelty – but the early videos are strangely compelling, with the J-Pop dance moves in front of a death metal band.

Your friends in this forum have you covered, fortunately we’ve had an endless stream of insanely good music coming out since 2015.

Stuff I had on constant rotation from the last few years…

Pretty much anything on Daptone Records over the last few years has been special. Start with their compilation Daptone Gold II.

As a musician I look at all the years and can see when certain pieces of software/instruments were released and how it affected the way an artist or generation expressed themselves in the music that followed. I still can’t get over the sound Brittney Howard and Thom Yorke got out of their last 2 albums.