After a month of ‘no issue’, today all tracks/files are playing in ALAC 44.1 although MQA hi-res or Flac standard res files are chosen. But when I switch to Play Tidal with its own app, Master tracks are playing fine. Only playing through Roon that problem occurrs. 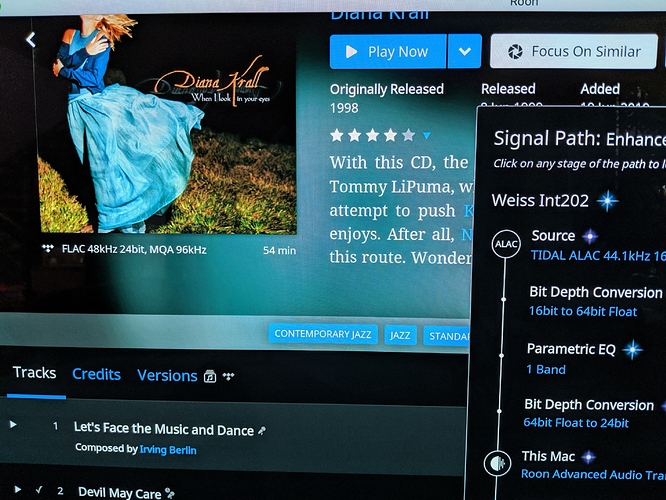 Should be added that I enable Decoder and Renderer MQA Capabilities in the Device Setup.

Ok, I have worked it out. Completely uninstalled Roon from my core (use AppCleaner) and then reinstall . Done.

As seen from the above image. The track chosen is flac 48khz, mqa 96khz but signal path indicates that the source is alac 44.1khz.

Although you’ve marked this resolved, please note that the source file is TIDAL ALAC 44.1kHz (as shown in the Signal Path) not MQA. You are viewing the MQA release but playing an alternative Version. As illustrated … 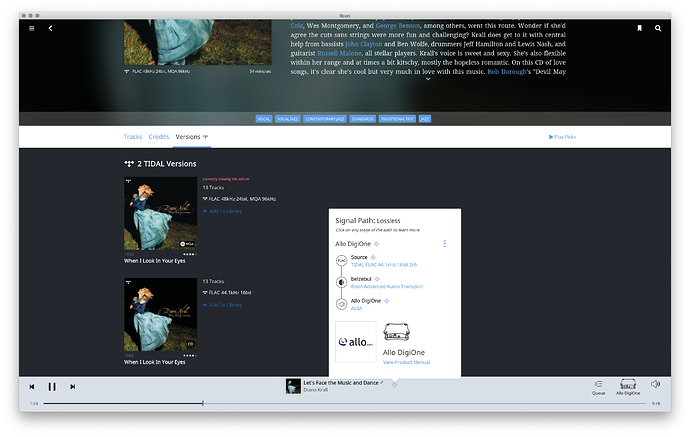