The Audio Device is two times in the audio settings, i cannot delete one of the both

When it works (oitput sound on amp…) after awhile, music stops, and there is no way to hear sound again.

Output on diffrent device, via wifi works (ipad for example)

I tryed everything i could imagine, inkluded reinstallation of roon, to get this prob solved, nothing works.

I think there is an issue with the usb driver, does snyone know about problems there?

I tryed everything i could imagine, inkluded reinstallation of roon, to get this prob solved, nothing works.

Did you unplug the DAC and reboot the Mac?

Can you share screenshots where you see 2 x audio devices ?

I try imediate when i come home and report, thanks for answer! 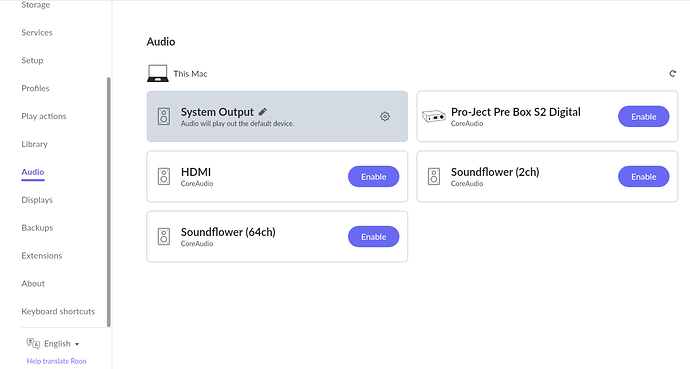 first i did a shutdown, an reboot, while shutdown Pre Box by unplugging USB.
After rebooting the mac mini, i started roon. Then i saw there is a new version, that i installed.
After that i did the first screenshot, you see only one pre box. (the sunflowwr stuff is from tests with the RME DAC before buying roject pre box, i would also like to get rid of it…) 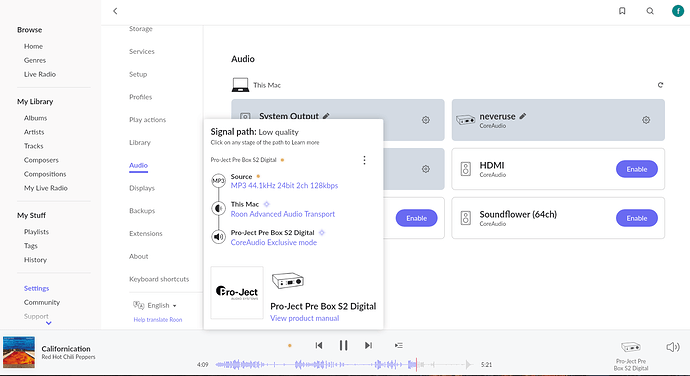 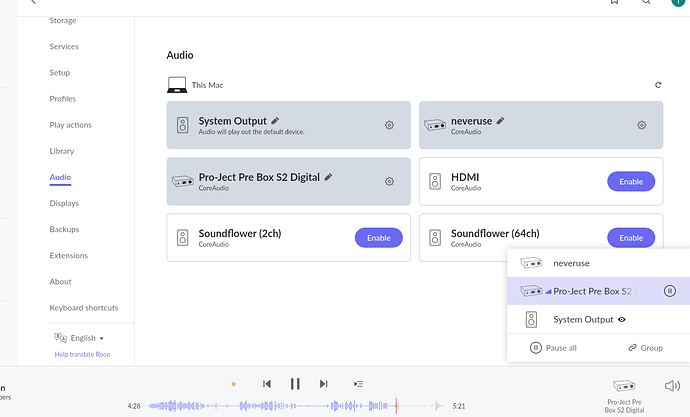 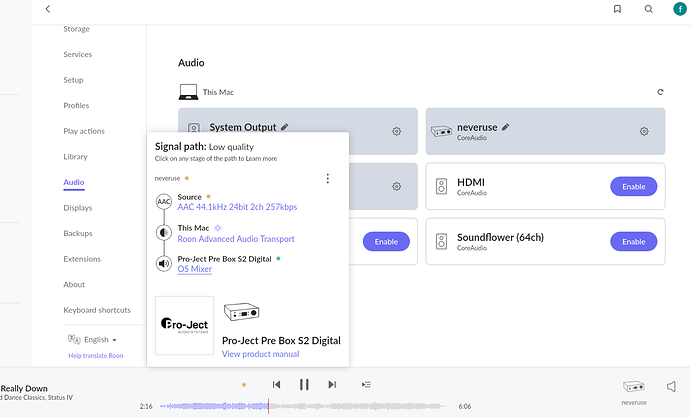 the signal path of the neveruse shows the MAC OS Mixer, that will be the reason for no output on the amp, because the pre box is inbetween…

its a pitty, but i still dont know much enough about the roon config…

the music is still in the air, since a while now, i hope it will stay, i let it run…

I hope you can help me to get my system clean and working well,

curius to here vrom you

many thanks in advance

The good news is, that the other one is working now, i can hear music

Glad to hear the reboot allowed music to play.

Hmmm it is odd to still see 2

When you click on the settings button for neveruse, do you have an option to disable that device in Roon?

And then reboot again, does it still show?

After reboot can you show screenshots of Audio MIDI app in Utilities folder ? Before you re-open Roon

I hope da music is still filling the air

I see you are an Earth Wind & Fire fan. You should share some of your fav tracks in my R&B / Soul / Funk music thread !

I listen to everything from Santana & Clapton to Vivaldi to Beyonce to Pink Floyd to Sam Smith. But my true love is soul and R&B music, so I’ve wanting to see if there’s a group out there in the Roon Community that share the same love. Just a selection of the stuff I’ve been listening to this week includes Maxwell, D’Angelo, Stevie, Sam Cooke, Ray, MJ, Donell Jones, R. Kelly, SZA, Kehlani, Jhene Aiko, Joss Stone, Sam Smith. So I wanted to try and start a ‘now playing’ thread dedicated to this …

Hi dabassgoesboomboom,
i tried what you suggested, and i found tge fault, made by myself.
I Renamed the Build in Output Device to Pre Box…or identifying it like this…
This should be the reason, why i could not delete or use it… i reworked it, now everything looks fine.
in the next miusic session i will here your playlist and give you feddback and input…Thanks for this, i love R&B and Soul, Funk…

I have to go deeper in all the roon sound possibilities, resolutions, and so on, i think i´m just at the beginning…but this takes time…

Thank you very much an have e nice boom boom weekend,

i still don´t know what the soundflower stuff is good for :-)))) but i think it comes from the rme tests, becaus of the 64 channel…

so much more to learn…