I purchased a NUC 7i7BNH, 8 GB RAM, Samsung 256 storage all as recommended by ROON and successfully installed ROCK.

The fan is LOUD and runs continuously (24/7). I can’t stand it, and I don’t have a closet to hide it in. I played around in the BIOS a little but I really don’t want to veer off of the regular settings.

I purchased this one because I like powerful things! :-), but perhaps it was overkill? I will not need more than one zone at a time. I will use DSP correction, currently use crossfeed for headphones, and hope to do some room correction soon.

Is Roon still analyzing tracks? If so, I’d wait till that was complete and then evaluate the fan-noise issue.

(I don’t think the fan’s supposed to be running constantly in normal operation, so if there’s no track analysis going on, something’s not right.)

I did a ROCK install last week (don’t have access to it at the moment), and I believe there were BIOS settings that needed to be adjusted. Not just fan speed, but power setting. I think the thing was set to maximum power, instead of adaptable or something like that.

Go browse. Or maybe somebody else knows more.

Mine was certainly louder than I would have hoped during the analysis stage…I haven’t had time to see what its like at a less busy state as its in another room (where I normally listen) but not placed where I will probably end up placing it. Im also traveling the next 6-7 days so won’t be around or even have it running while I’m gone.

Hope some fine tuning after the full blown analysis is workable. Sadly at this point there is no way to monitor the hardware performance but I hope it won’t be too hard to have it shown in the web interface. like CPU temp info and fan speeds etc 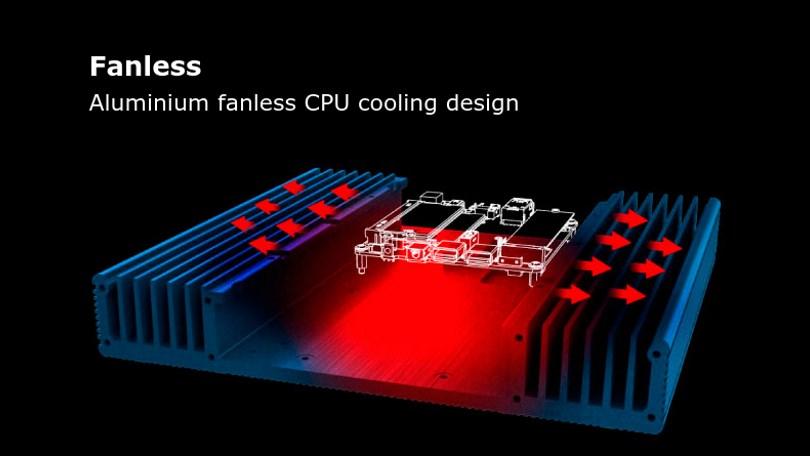 Akasa Will Silently Cool a Core i7 NUC for $200

The Akasa Plato X7 case is compatible with Core i3, i5, and i7 versions of the 7th generation Intel Kaby Lake NUC.

Yeah, the Akasa website only mentions compatibility with the 7th gen i3 and i5 for this case, so I’m skeptical.

At stock settings, yes, it does.

Unless you are exceedingly forgiving of ambient noise, you will not be happy with a stock NUC7i7 in the listening room. What about the NUC in question here, the NUC7i7BNH? Well, I’d say it’s on par with the Skull Canyon. The 28W Core i7 CPU has been crammed in almost the same enclosure that works wonders with the 15W Core i3 and i5 models. As a result the small fan does spin up more often and you can hear it. I’m pretty allergic to fan noise and really would not like to put one on my desktop …

I built a NUC7i5 for a client and the fan was quite a bit louder than that on the NUC6i5s that I’ve used in the past.

I ended up adjusting the cooling settings in he BIOS to lower the minimum fan speed and adjust the thresholds so that the fans spun slower at idle but kicked up when the CPU temps got over their idle temps. I’m not talking huge changes here, but plenty to make the box relatively silent at idle (and even when streaming).

Adjust at your own risk here, but it is possible to quiet down the NUC7i5. Haven’t played with the i7 version yet.

@danny a really nice feature in ROCK would be some additional status information via the web interface that would show system load and temperatures.

@danny a really nice feature in ROCK would be some additional status information via the web interface that would show system load and temperatures.

Already been asked for…

I accept what ROCK is, in terms of an optimised applicance approach to running a Roon Core and happy to have it on a NUC and let Roon manage the updates to the platform both from the OS & the Roon Server application. However it would be useful to have some level of hardware monitoring, just to see what it going on with the NUC platform. Either the ROCK web GUI to reflect hardware stats such as those a Linux OS provides (CPU & Memory usage, Load, I/O levels) & hardware device configuration (CPU…

Commiserations over the response, but I suspect that it’s because they can’t help. The current range of Akasa cases for Kaby lake are designed around the 15w TDP of the i3 & i5 only. The i7 is almost double at 28w - so I think you can forget about it in these cases…

There looks to be a serious amount of cooling here…even with adding a couple or slow fans would perhaps be less noisy than a flat out NUC7i7. I have 200W amp modules with less heatsink than that

Someone must be coming out with an option sooner or later I hope. 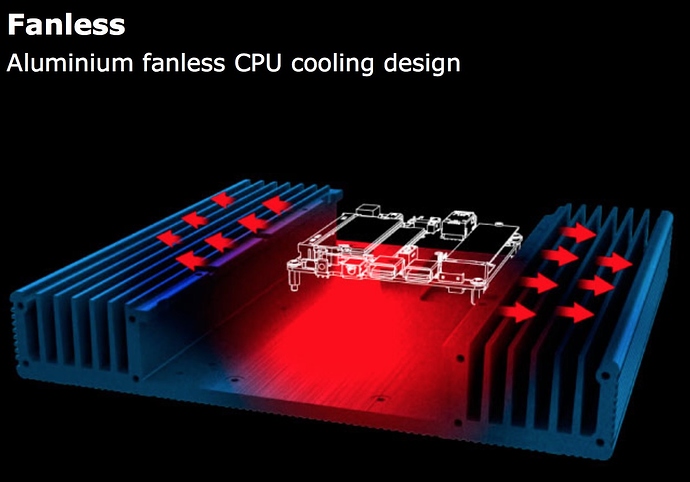 I resisted buying a Nuc.
Looks like the “Noise” reports warrant that decision.
I wait for the first experiences with the Nucleus and take it from there.

I’ve bought an NUC7i5BNH and an Akasa Newton S7. The latter arrived today, the NUC arrives tomorrow. The transplant operation is scheduled for Friday.

@Geoff_Coupe
will be very interesting to hear your experiences.

Thanks everyone for responding. What I have realized is that regardless of anything, I want a near noiseless system, so the stock NUCs are not ideal for me.

Here is what I have done so far:

The above setting kept the unit at a slow steady, but still too noisy, fan speed. I ran three zones simultaneously with one having Crossfeed enabled, for 10 minutes. I then restarted the NUC and checked the CPU temp. Was around 60 C.

I think I will return it and get the 7i5 if the results of the Akasa Newton S7 are good. Let us know as soon as you can!! Where did you order it from? I can’t find them for purchase.

I think I will return it and get the 7i5 if the results of the Akasa Newton S7 are good. Let us know as soon as you can!! Where did you order it from? I can’t find them for purchase.

You mean the Akasa Newton S7? The Akasa site has a “where to buy” section that may help. However, it must be said that, here in the Netherlands, the suppliers listed on the site didn’t have the Newton. I searched via the Dutch Tweakers site to find a supplier…

re: Akasa - I can’t find it anywhere online in the US

re: NUC 7i7 - changing the duty cycle has helped a lot, I have found that 35% gives a good mix of cooling and low noise. However, I will return and get an i5, and perhaps an Akasa if the reports are good and I can find to purchase in the US.

How about EndPCNoise (https://www.endpcnoise.com/fanless-pcs/akasa-euler-mini-itx-pc) in Vancouver WA (yes, WA; not the one in Canada)?