I recall reading someone here using it. If it delivers the stated current without much voltage drop it’d be enough for Nucleus+ from a specification point of view.

Thanks @Flashman, how about Teddy Pardo?

@Kinlin_Chu I only have experience with the Keces P8. There are many good options. As @wklie suggested, be sure whatever device you get has the right specs for the Nucleus or Nucleus+.

The P8 has the advantage of optional dual output, with the secondary output that can potentially be used for a router or switch for those who care about it. It’s higher priced though.

The P8 has the advantage of optional dual output, with the secondary output that can potentially be used for a router or switch for those who care about it.

I use the P8 with one output for my Netgear ProSAFE GS108 switch and the other for my Nucleus. Works like a charm!

@danny, could you provide please what current rating (at 19V) would be sufficient for a Nucleus+ rev. B? Back in Aug. 2018 you indicated 3.42A but that before the current generation i7. I am trying to decide on an LPS and the suggestions, and even Q&A’s with manufacturers leads to confusion. thank you

I should add, I have a 2TB SSD (Samsung EVO 860) installed and normally upsample to 384k or DSD128. Would go higher on the DSD upsample but thta’s all my DAC does.

@danny, could you provide please what current rating (at 19V) would be sufficient for a Nucleus+ rev. B? Back in Aug. 2018 you indicated 3.42A but that before the current generation i7. I am trying to decide on an LPS and the suggestions, and even Q&A’s with manufacturers leads to confusion. thank you

nothing has changed… power required is 65w

The device wants 12-24v with 19v preferred. You can figure out amps based on your voltage: WATTS ÷ VOLTS = AMPS

Soooo, whatever happened to this?

If you’re asking about a Roon sold LPS, they decided not to bring this to market. There is a post somewhere about this and why they made that decision but I can’t seem to locate it…

Thanks. I did read where Roon said that a they could sell a more expensive LPS, but that it was not needed.

Hi Eric
An noticeable improvements with the LPS
Thanks
Sean

Roon’s position via @danny in a previous post is that in general, a LPS isn’t needed with a Nucleus unless you’re connecting devices directly up to the Nucleus. Although all my main endpoints are (hard wired) networked, I do use a HDMI to go directly from my Nucleus+ to my McIntosh MX160 Video Processor to play multi-channel (greater than stereo) music files. Given this, I do use a HDPlex 200W LPS with my Nucleus+ which has 2 power rails that can be set to different voltages to power a 2nd device. (Note: this unit has now been upgraded to 300W power in the same form factor if you buy a new one today).

Has anyone tried the new iFi iPower Elite with a Nucleus (Rev B)? They have a 24volt version. Just curious.

Intro Our unique 'better than audiophile-grade' power supply, the iPower Elite, is exactly what you need for your flagship products for quiet, detailed listening.

Hi Mitch,
How are you finding the MCRU LPS? I have been considering one for my Nucleus + as I connect it directly to my Cyrus Pre XR via USB. The other option people recommend is the Farad?
Love to hear your review
Thanks
Clive 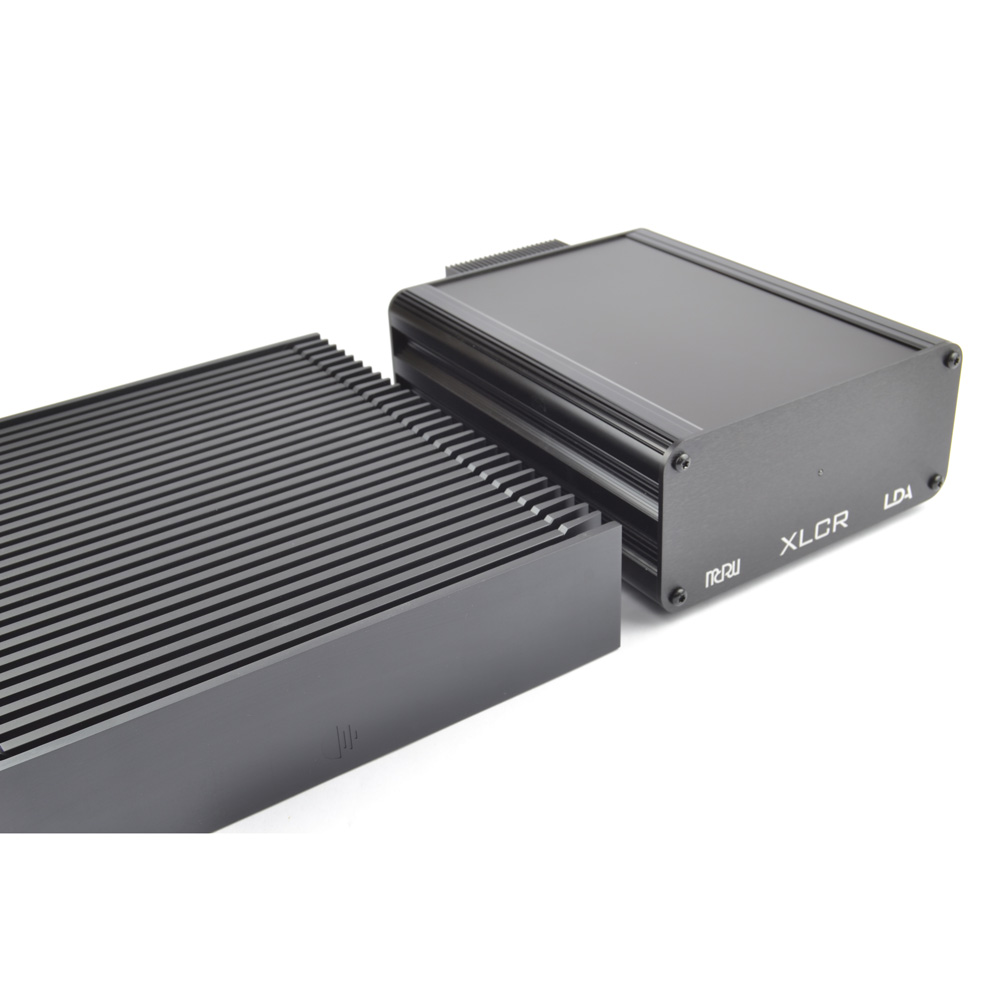 I’m a new user of Roon Nucleus Plus. Love it.

Can we expect the linear power supply for Nucleus coming out soon?

I’m a little afraid to ask, but I am curious to know what problems an LPS for Nucleus is intended to solve. Have there been complaints about the provided “brick” supply, apart from its appearance?

what problems an LPS for Nucleus is intended to solve

I think there are more than one reason, but the most scientific one would be:

There is a known truth that a noisy power supply can impact analog electronic components in a manner that can reduce the precision of said components that are meant to be highly precise.

I say this is a known truth, because it is a very common problem amongst scientific and engineering measurement equipment, and it can be traced back to power supplies.

If you hook up an analog electrical component (e.g. dac, amp, speakers) to the Nucleus in any way that the noise from that power supply could interfere with the precision functionality of the connected analog component, then the replacement of that noise source with one less noisy would be considered an improvement to it’s operational fidelity.

There may be some truth in this, depending on how unshielded your analog processes are, or how poor your power supply is.

I wrote a post in as plain of English as I could explaining the difference between linear and switching power supplies here:

What is a linear power supply and what is it used for/advantages? Audio Products

In that post, pay attention close attention to how a linear power supply is not always less noisy than a switching power supply. However, old customs and terminology are hard to move away from.

I will also note that an upgraded power supply is often a status symbol, which is another major reason for switching power supplies.

Can we expect the linear power supply for Nucleus coming out soon?

No. I wrote above:

You are mistaken. There is no Roon branded PSU. We ran into some problems, and resolving them meant picking sides in “audio religion” we aren’t interested in siding with. This project has been on hold until we find partners who are willing to work with us on this – partners on both sides.

We are no longer chasing after an appropriate partner in this space. If one was to pop up that was enticing enough, we could revisit.

Hi @danny. Thanks for the thoughtful reply and link to your other post on potential advantages of an LPS. It sounds like an LPS may be beneficial for those who insist on placing Nucleus in the audio rack, either connected to or near analog components.

But, does an LPS offer advantages over a SMPS if Nucleus is moved to a closet or otherwise far away from the analog components? My guess is that physical separation is more effective (takes advantage of the inverse-square law) at mitigating power supply noise, but I want to make sure I’m not missing something obvious.

One of the things I like most about Roon is the range of deployment topologies it supports. Personally, I’d rather move Core than pay hundreds for an LPS, but I can understand how others might feel differently. It’s nice to have options.

My guess is that physical separation is more effective

Our suggestion is always to put the Core and as much other gear as possible outside the listening area. The Nucleus is fanless to avoid fan-noise for those who insist on putting it in the same room, but it’s not our recommended configuration.