So guys a quick update…

Been using full android on my Nvidia Shield for about 7 months now and it has been 100% flawless. I keep my shield running 24/7 with roon up 100% of the time. It’s not connected to a tv or anything anymore, just my receiver via hdmi. I control roon using my samsung tablet… Best headless experience ive ever had for music tbh.

Can you please teach the Roon Devs how to do this so that simpletons like me can just install the app and have it work?

Bummer, still no remote control app for the Nvidia Shield.

Bummer is right. I don’t know why this is so difficult.

I know this is way OT but, have you guys been able to get Amazon video to work on your Nvidia shield?

It would be nice to get Roon on there, too.

Sorry, I use Plex for video streaming. Don’t know about AmznPrime stuff…

I know Android TV apps must conform to some different rules, and that caveat might be a bigger challenge than it appears if the Room app requires a significant overhaul to comply with their rules. Sadly, I can’t get the standard apk to work as a sideloaded app either.

Not sure what the problem is since I don’t see a response from Roon anywhere in here.

They responded back on March 17th. Scroll back to it. There is a link to another threasdf also.

Hey @Bill_Ruggles – I just responded to your PM. As I mentioned, we’re looking into this but generally speaking we have not done any internal testing of our Android app for use with Android TV devices, nor has work started on a full fledged “10 foot interface”, although of course it’s something we would like to do in the future. There’s also some information from last year in this thread:

Another vote for a Roon Android TV remote for the Shield. My family plays everything through it, mainly using Plex, Netflix and Amazon Prime, but for music we all have to have a remote app on our phones or leave a tablet lying around as a music remote.

I joined literally just to add my impassioned plea for Roon on Nvidia Shield. I want to combine my NAS audio collection (currently accessed via Plex) and Tidal into one interface. Roon is perfect, except that it won’t stream to my Shield TV, which is a deal-breaker for me. If it were possible I’d buy whatever apps, subscriptions, dongles etc to make it work. Please Roon folks, a lot of people choose Nvidia Shield as their end point for high-res and multi-channel music and I imagine you’d access a whole other group of customers as is evidenced by this thread.

Are you getting anything more than 48khz audio though? For me Roon Remote on Shield TV re-samples everything to 48kHz.

It has been over a year since this post opened and I have been checking back every now and then… Roon stated “It’s something we would like to do in the future” … however we are STILL waiting.
I am very much a still a NOOB and was insane to purchase a lifetime membership before trying the ROON on my Shield TV prior to buying the membership… but as soon as I learned ROON wouldn’t work on my Shield TV, I asked for a REFUND several times… those requests were FLAT-OUT IGNORED… Making ROON IMHO A-Holes.

Shield TV is the best streamer bar none, has a large percentage of streamer market share, and it is short-sighted and ridiculous that ROON has not solved this problem after more than a year of requesting they do so…

Sorry to hear about your frustration here, and I’m also sorry if I wasn’t clear the last time we discussed this. I know I PM’d you a couple hundred words explaining that we can’t make promises about support for this device, but there still seems to be some confusion here so let me try again.

Our roadmap changes from time to time based on what’s going on in the world and customer demand. However, at the moment we don’t have any plans to devote resources specifically to the Shield device.

As I wrote above:

generally speaking we have not done any internal testing of our Android app for use with Android TV devices, nor has work started on a full fledged “10 foot interface ”, although of course it’s something we would like to do in the future

In my private message to you, I also said:

I want to be clear that we can’t make any promises that Roon will work with the nVidia Shield, and to my knowledge no one from Roon or any of our partners has said otherwise

So again, this isn’t "a problem Roon has not solved” – it’s simply not something we’ve made commitments on at all.

I have not used this device myself, but I believe the Shield does support Casting, so perhaps the Cast support I recently mentioned will help.

As for the refund, we have a clear policy on this – full refunds, no questions asked during the first 30 days. We offer this grace period, along with our free trial, so people have plenty of time to confirm Roon meets their expectations and works in their setup. If you didn’t avail yourself of these opportunities, I’m honestly not sure what else we can do here.

You could install sbplayer on the shield and you can then add it as an Squeezebox endpoint in Roon. It’s about fiddly to initially set up but once done it can work pretty well

Seriously, the shield is great for high end audio and has worked with every DAC I have thrown at it. Official Roon support would be a godsend! 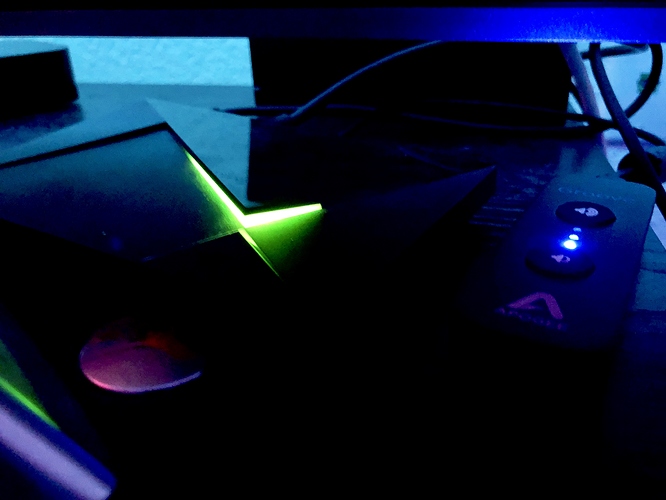 +1 Roon for Nvidia Shield!!! Roon remote doesn’t work as full screen rather cuts out to mobile screen and not really useful… I have Roon installed in Synology and it would be great to see Roon in Nvidia Shield

+1 for Android TV support for the Roon Remote app, wouldn’t this just involve something like this: