Very surprised by sound quality of Amazon Music from Fire TV fed into my Oppo BD HDMI input and then into my Dac.
Actually almost a viable digital source, but obviously I’m not able to play my own Flac library!
Bought a Nvidia Shield (finding FireTv Netflix sub-par) as its far more powerful and is the Android TV box to have it seems.

So anyways… Got me thinking.

Completely new to Roon’s handling of Android, currently using Logitech Transporter fed from Roon Core on server PC and wondered if I can use the Nvidia box as a Roon endpoint?
My annual Subs just ran out and unsure which direction to go.

Can a Nvidia Shield be used as an audio output device? Audio Products

Thanks Simon. Ok sounds like it can happen. The only apk listed on the download page is “Roon Remote” tho, is that the one, can it play audio too? Thanks

Downloaded Roon APK for Android and sideloaded it to both my Nvidia Shield and FireTV android boxes.

Both work, but couple of problems?

Squinting at (a third) of the big telly to select music isn’t do-able unfortunately, so is there any way to either make the display full screen, or alternatively, make the Android box be seen by other Roon devices on the Network.

All my remote devices see my shield without any issues. The display won’t get any bigger as its not designed for Android TV only tablets and phones. The market for a separate app is pretty small so unless Nvidia stump up some cash I doubt we will see one.

Thanks,
Had a look at settings and the Nvidia “zone” was set to be “undiscoverable”, changed that and now i can use my Ipad as remote control…sorted.

Only thing I miss in the Roon experience is what I had with Jriver theatre View, images of artist currently playing up on the big telly.
Hopefully in the future the Roon Guys will work on a 10 foot interface for AV Setups if theres enough demand.

I have Roon running on my Shield but the volume level is very low. Anyone figure this one out? The output device is set to “Fixed volume” but I have to turn the receiver up to about 50% for playback to be what I would call soft background music.

Sorry, just figured it out. If anyone else has this problem, my shield volume was turned down. Duh! For some reason this didn’t affect Plex volume.

How did you guys get Roon onto your Shields?

I followed a procedure I found on youtube but it is generally this:

Thanks.
Why can’t Roon just request to be included in the Android TV playstore? What’s stopping them?

Thinking outside the box guys, can I pass on my solution to running Roon on the big TV in the listening room?

Run Roonserver on a Linuxbox which is picked up by my PS Audio Directstream dac and plays just fine.
I use several Logitech endpoints around the house, all good.

I’m a bit of a PC gamer and what attracted me to the Shield was its Gamestreaming feature?
(Basically…your games PC streams the game to your shield over the network and is displayed on the big telly and can be controlled from the couch - fantastic.
Was going to buy a games console to play games on the big telly, but had already a lot of PC games I wanted to play that would be wasted.

Getting curious…
I asked myself the question…Can I stream my PC Desktop to the big TV via the Shield?
Internet access, email in the livingroom would be a great thing to have.
Looked into it and yup, you can.

After literally 10 seconds of setup I was seeing my PC Desktop up on the big 65" screen - great.
So…anything I have running on my PCs desktop I have displayed on my big TV in the listening room?

I had installed Roon on my games PC to control the Logitech Transporter in the office at home?
It was when I realised (of course) that I could use the games PC installed version of Roon to control ANY ENDPOINT ON THE NETWORK…
…that the penny dropped.
EUREKA!

Tried sideloading the App to my Shield and could never get it working satisfactorily…this is a million times better.

Couple of things you need to get it to work aside the Shield though?
The Gamestream (PC Desktop streaming) facility only works if the computer has a GTX 600 series GeForce graphics card and you run a GeForce Experience app (part of the display driver) in the background.
Good news is its not expensive.
IF you have an old PC kicking around doing nothing, stick a cheap GeForce card in, quick setup and your good to go.
Works from a suitable laptop too - again not expensive.

Other thing is you need a keyboard/mouse to control it, again not a problem
I use a wireless Logitech HTPC keyboard (K400) which is perfect - and again not expensive.

Stick some pics up later.
Hope this is useful.

Roon up on my big Sony A1e OLED 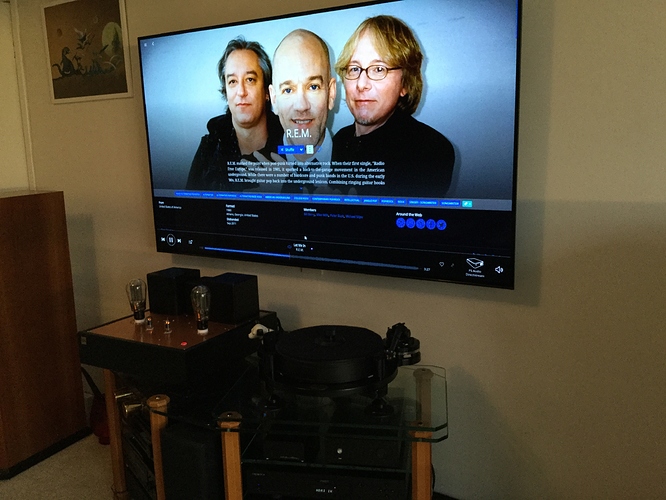 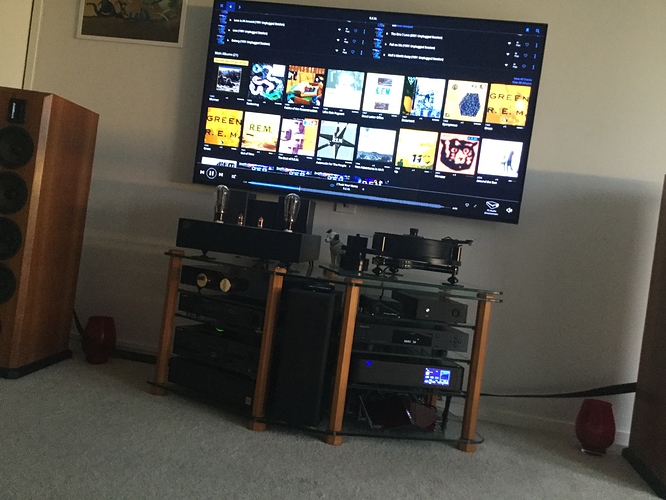 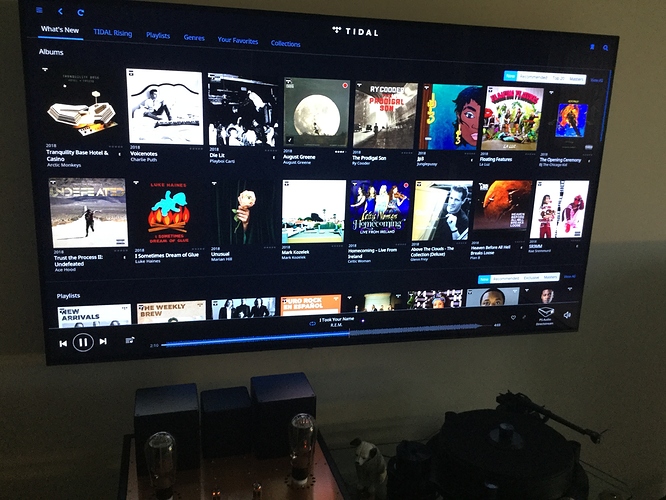 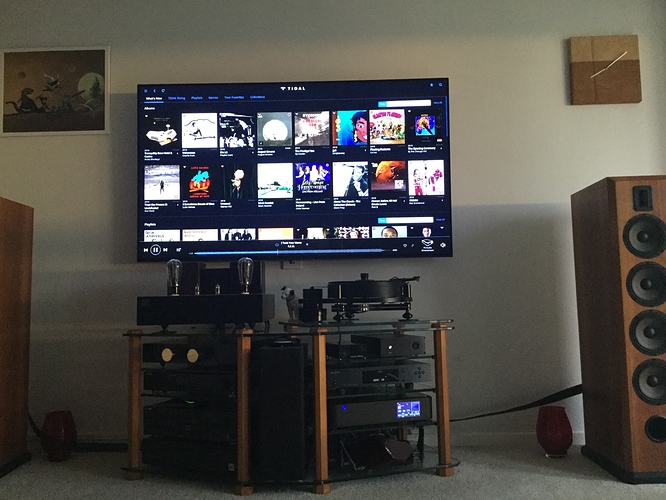